A whistle-blower tells all of 5 Mars colonies being guarded by Earth Defense Force. Alien's are on Mars and humans are to. This is spectacular info.
In the year 2021 claiming to have been stationed on Mars really isn't met with ridicule or scepticism, it's actually met with "it doesn't surprise me".
But if we go back just 15 year's it would have been met with laughter. 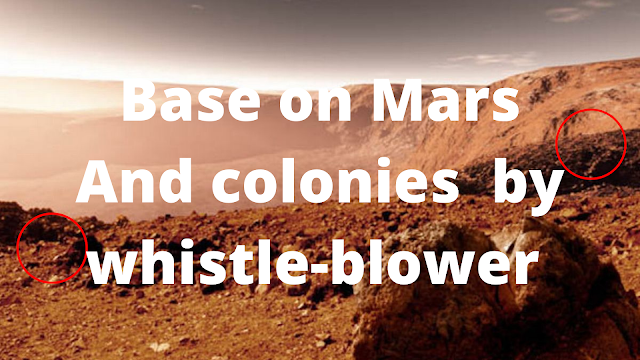 The retired officer, known only as Captain Kaye, also claims to have served in a secret 'space fleet' run by a multinational organisation called the Earth Defense Force. The ex-naval infantryman, who uses the pseudonym Captain Kaye, says he was posted to the Red Planet to protect five human colonies from indigenous Martian life forms.

He claims he then spent nearly three years serving in a secret 'space fleet' run by a multinational organisation called the Earth Defense Force, which recruits military personnel from countries including the US, Russia and China.

Okay, in term's of believing this story and saying those four word's just above "it doesn't surprise me" it means though that it's actually not that far from being on the fence or scepticism itself - if you think about it. But this is where the huge monumental difference between 15 years ago and where we are today in people's thought's and opinions. It's akin to a "magnitude 7 earthquake of change" which believe me, was a hard fought trail of ruined reputation's  broken dreams, ruined careers and devastating lot's of innocent families along the way. This is never given much thought! Finish this train of thought at the bottom of this post.*
Below is an apparent soldier stalking the Mars Rover in the middle of the image circled. 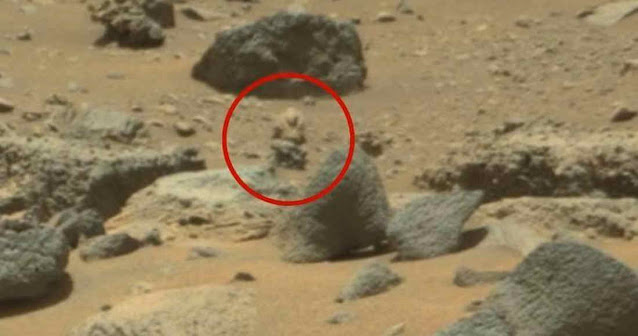 Credit: Daily Record/UFO Sightings Footage/UFO News/Canva/Conspiracies and Solar Secrets Google Books/Google Search.
Captain Kaye says he was stationed on Mars at a base called Aries- Prime which is inside a crater on Mars and guy's, one of the many missions he undertook with over a thousand other men (nearly all active human personnel on Mars) and women was tasked with recovering an Alien artefact in a cave which was apparently sacred to one of the 2 Alien life forms. One was I second and the other was Reptilian. It was the latter which the cave was sacred to. It tells me that the Reptilian species at least aren't a heathenistic species or a Godless people maybe?
Guy's, this link is a fantastical journey to the centre of your imagination.
Captain Kaye is currently seeking documents to verify
his experiences and for now offers his testimony as
evidence of a breakaway human civilisation based upon
Mars.
This part of the quote is absolutely stunning, it means that there's very high and prominent people that are actively looking to blow the lid off this well kept secret. It includes men and women.
Parts of his testimony is consistent with the claims
of other whistleblowers that have previously come
forward to reveal secret events on Mars. Michael Relfe,
for example, claims that he also was recruited for a 20
year tour of duty that involved covert operations on
Mars. Also, Laura Magdalene Eisenhower, the great
granddaughter of President Eisenhower, claims that
covert efforts were made to recruit her to join a colony
on Mars that was headed by famed physicist Dr. Hal
Puthoff.
Related post
Official NASA Archive Photo Shows Tree's on Mars
This is truly mind blowing, it's unprecedented and it's damning evidence because one person (whistle-blower) is inadvertently verifying the other and one of them I'm pretty sure that the US Government will not vote forward and say that Laura Magdalene Eisenhower is a liar!

It's a tin of worms that a lot of people wouldn't want open.

So, I've given you guy's some pretty impressive information and that's nothing g that I've done. Anyone can gather titbits online and say have a look at that. It's the information itself which is impressive and it's where it is which is mind blowing. It's in the public domain, it's sat in plain sight so-to-speak online, it's all dependent on the will to look it up, to follow your hunch and it all comes down to what you believe?
Here's the video provided by UFOTv On Demand YouTube:
*We all know what happened to people who reported UFOs or Alien abductions etc. Their lives were torn apart for talking about possible Aliens and people don't even give it thought. Hundreds if not thousands of people had their lives dragged from underneath them. Employer's sacked people, lot's were put in asylums, people classed as incapable or untrustworthy with often harsh consequences.
Below is what can literally only be described as a train axis. Guy's, natural formations just do not happen like this at all and there never will be a natural occurrence like this, ever. Probably, lol. 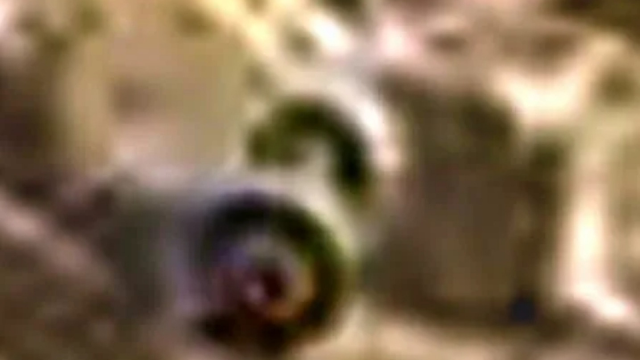 Credit: NASA Mars Rover/Canva.
I've written that, because nobody gives it any thought. I just thought it suitable to remember the lives of people broken along the way to get UFO disclosure. We've got that now, 2017-19 we had UAP disclosure. We won.
Anyway's, so starting off with this dark secret of Captain Kaye which is a pseudonym of a military person who obviously wants to and wishes to remain anonymous tells a graphic story of being stationed on Mars with the mission of defending 5 colonies which are at war or at least regularly do battle with Aliens on Mars. Oh I get it, it's so far fetched and so Alien that it's virtually impossible for me to take it seriously. I've got to struggle with all the negative thought's that I think it is. Like it's fake, it's a fantasy by a fantasist, it's a made up story by an attention seeker - even though it's anonymous. See, there's lot's of stuff that once we delve into this, we find a lot of stuff that is extremely plausible. Highly likely even.
In term's of change, this was probably one of the slowest possible on record. In term's of a significant cultural change it was an inevitable one, some people could see it but some people were not thinking far ahead enough. Everything is possible, everything means absolutely everything!
Please share your thought's and opinions also any ideas that you might have about this spectacular and even breathtaking conspiracy theory. There's a lot more to our reality, there's still a massive gap in the existence of the planet Earth of which humans don't know what went on. Guy's, it's the exact same thing for Mars as well. We're seeing bizarre artefacts one after the other, almost on a daily basis been discovered in Mars Rover photos. It's time and time again we are coming up with Alien looking skulls, shoes, guns, skeletons and other strange things been found on Mars.
Let us know your thought's about Captain Kaye and being stationed on Mars, cheers.
Credit: Daily Record/UFO Sightings Footage/UFO News/Canva/Conspiracies and Solar Secrets Google Books/Google Search.