There's a multiple UFO incident that's literally just happened on the 12th August 2021. But this one has lot's of UFOs in what looks like formation.

This is a really good UFO video because it has a mixture of what can be described as a helicopter maybe 2 helicopters but also there's definitely aerial vehicles that can't be identified.

It's been described as monsoon weather which I'm not sure but all I know is that it's Las Vegas and it took place on the 12th August 2021 - so it's only just happened. There's something eerie about it all, the slowness of the unknown crafts, the lights blinking and the way that they seem to head for the worst part of the huge storm baring down on them is not normal. In fact, these UFOs look like they're all flying together in a formation, yeah? 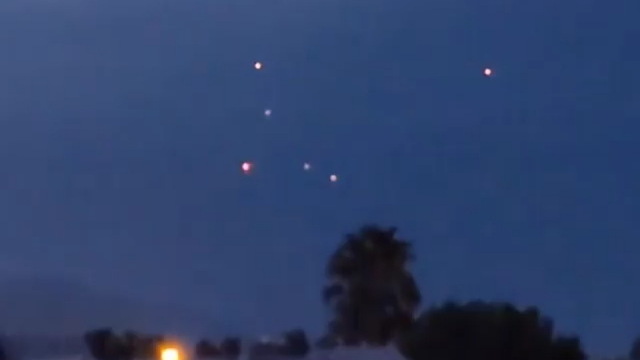 Credit: Anomalous_phenomena_ Instagram/UFO Sightings Footage/UFO News/Canva.
That does strike me as odd because if these are all helicopters then flying I tother massive storm doesn't seem like the wisest of choices and even if they are all helicopters, that seems even stranger because like I said, flying into the storm isn't wise. Don't weather stations but out warnings for pilot's to stay clear of storms? I don't think that these weather stations but out weather warnings and ask pilot's to head straight for them!
These UFOs look like they're flying in formation for whatever reason.
See, this is why I'm thinking that what we're seeing here doesn't add up at all but in a good way. I've never seen that many UFOs over Las Vegas in recent times, it's sunset and then just before the video comes to the end they all seem to just vanish.... 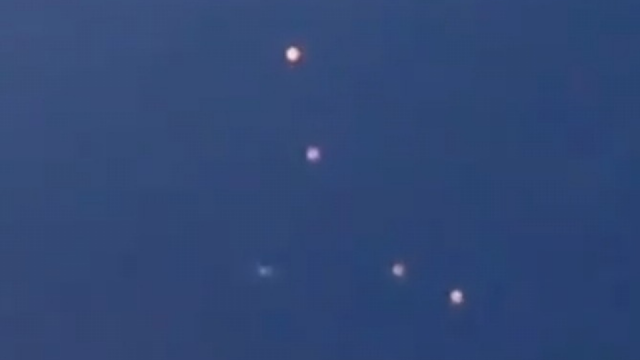 Credit: Anomalous_phenomena_ Instagram/UFO Sightings Footage/UFO News/Canva.
It's definitely taking place over Las Vegas in Nevada and I do believe that 1 or 2 of these light's are helicopters or at least there's a strong possibility that we're seeing maybe 2 man made aerial vehicles (the blinking red lights) and that leaves 5 white light's of unknown shapes maybe Orbs because we can't really see? Maybe the eye witness filming this incident probably forgot to zoom in to get a closer look at these strange crafts.
Maybe for the eye witness this is just another day in Las Vegas because everyone knows that sometimes something strange happens in Las Vegas? For all we know this might be one in a long line of bizarre events that this guy's witnessed just this month, lol.
But anyway, no matter what these all turn out to be one way or another seeing all these in the sky is strange especially as it's during a MONSOON type of weather anomaly. This is what is stated with the video on Instagram:

If these aren't UFOs then they're top secret aerial vehicles that are able to fly into a massive storm. It's only an idea so if you have any just like that one then please leave a message,  cheers.
Here's the full video:

Please share your thought's and opinions also any ideas that you might have about this awesome multiple UFO incident? Also please share this post with anyone you think might be able to help out or who knows more about UFOs, cheers.
Credit: Anomalous_phenomena_ Instagram/UFO Sightings Footage/UFO News/Canva.