Oh my God this is probably the best Black Flying Saucer or Disk UFO that has been filmed over New York. It was filmed over Manhattan on Aug 7, 2021.
There's gotta be a UFO magnet in the United States because all the "significant UFO sighting's" of note or that look epic seem to be filmed there.
This is a great UFO captured on camera and not CGI. I'm sure it's a real UFO incident and I'm sure it's a real UFO video. Check this out... 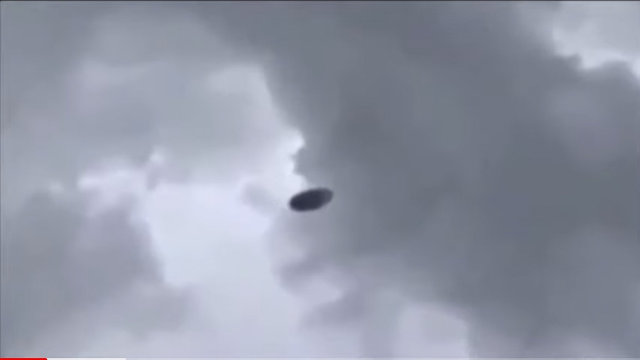 Credit: UFO Sightings Daily/UFO Sightings Footage/UFO News/Canva.
Sometimes we get a pop up UFO from the UK that looks Alien beyond words but to be honest, the US gets the brunt of all the best evidence, why is that? If your following UFO sighting's and eye witness videos then I'm pretty sure you've thought about this exact same thing yourself? My understanding was that it's where the early UFOs crashed, reverse engineering goes on there, there's Area 51, underground bases, nuke storage facilities and the largest Navy ports  military, Air Force etc. Of course the UFOs are going to be interested in the United States. 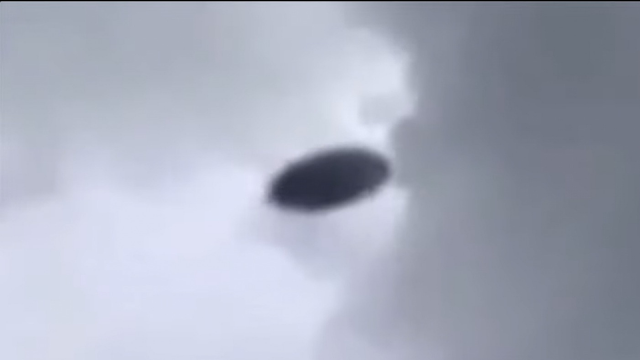 Credit: UFO Sightings Daily/UFO Sightings Footage/UFO News/Canva.
Still, it would be great if they paid a bit more attention to my own country "the UK" a bit more, lol.
Here's the YouTube video description:
Eyewitness states: The audio was removed because I was freaking out & cussed while recording this thing. I couldn't believe what I was looking at it really freaked me out!
Related post
Swarms of UFOs Caught on Camera
And, that's every single word of it, straight from the horse's mouth so-to-speak. It's a short description but it definitely gets to the point. I can understand that this person only got one take so his only option is to take away the sound because if he wanted to report the UFO video "anonymously or other" the cussing and freaking out would be better removed. Also, I understand that it's a plausible answer that can't be verified so, it's however you want to see that?

The United States gets the best UFO sightings because it's home to the biggest military, space agency, the biggest private sector technology research and development companies. Or, it's due to a trade agreement between Aliens and humans where humans are traded for technology...

Anyway, Scott Waring posted an epic UFO sighting that happened over Manhattan in New York on August the 7th, 2021. Basically it was just a matter of a few weeks ago which is great, it literally could still be here somewhere because these craft's don't need to be refuelled so they don't have to visit home or a base. Obviously there's a few possibilities here like it being man made or an Extraterrestrial in origin craft and it could be operated by ET and the third could be autonomous ie controlling itself.
Personal opinions aside, I'm sure there's something controlling it either directly at the controls or remotely and I suppose that would make it a man made, Alien technology put together here on Earth but controlled by Extraterrestrial entities here on Earth in underground bunkers "with the knowledge of humans". This scenario also takes into account the cooperation between humans and Aliens respectively where Aliens/ Reptilian's get to abduct humans and carry out gene manipulation etc and mapping missions of Earth.
The trade is apparently for advanced technologies that are for warfare and advanced applications for vehicles, including air, sea and land inventions all aimed at keeping the power ballance tipped in the favour of the Western World but that's just where these powerful people are based. The powers that be see it as a very good swap. It's people they don't know for advanced technology. They (Illuminati, New World Order etc) it really is a whole different story and there will be plenty of people that say it's this or it's that which control and allow secret human trading. I totally understand that, I was literally just stating a couple of "possible scenarios" as to why these UFOs are seen over the US more AND why nothing is done about them.
We saw multiple Jet's chasing one UAP going into and out of the ocean and not one of them fired at it. Not one pilot tried to intercept it even though it was a foreign object in US air space... See, this is what people seem to forget, it broke US law and broke tons of physics laws lol, but these pilot's did nothing! Is it ineptitude or are these pilot's easily distracted or are they negligent, seriously they broke a major protocol and we're supposed to forget about that. They were told to follow the UAP and do not engage. But why...
There's only one reason for a follow but do not engage order, because it's a known entity and their actions are already known.
They are not a threat.
Because of the above trade deal ie humans for technology. Just because it makes sense though, it does not make it correct. I'm still open to new ideas and new opinions.
Here's the full YouTube video by Scott Waring:
Please share your thought's and opinions also any ideas that you might have about this black disk above Manhattan in New York, it's just a great UFO sighting and please share this post if you can  cheers.
Credit: UFO Sightings Daily/UFO Sightings Footage/UFO News/Canva.