The city of New York witnessed a black large UFO hovering above a church. The eye witness films the UFO from his car, there's no way it's a fake UFO.

UFOs are getting bigger, more curious and more daring as opposed to what we've all been used to seeing in the past.

Take this UFO for instance, it's literally just hanging out without a care in the world, it's not bothered who films it, points it out or even if Jets close in (probably). Okay that last assumption is a bit off key but who knows what is going here, it's there and that's bizarre in itself? 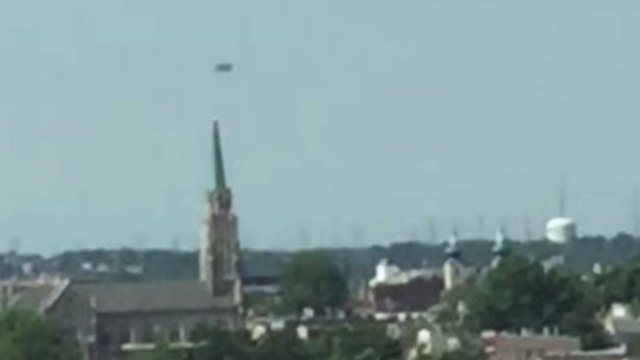 It might be waiting for a chase off po, po to get the human race used to it's presence? Nobody knows what the next massive announcement is going to be, but the last one was utterly shocking and amazing. UAP means Unidentified Aerial Phenomena and it's called that because the Government of the United States didn't want to carry on calling them UFOs. Because they changed it to UAP, a lot of people haven't connected the dots and realised that they was on about Extraterrestrial entities.

If the humans in charge aren't telling the larger population of Earth that Aliens are here then they're going to force their hands and reveal themselves in a very public way - just like what we're seeing here in this very video. The narrative isn't there, that's all that is missing with this UFO video. If it had an official word from the Government it would have an immediate effect on the world.

I'm trying to put common sense to the picture so-to-speak by giving it a back story that could of happened. I understand that there's literally a Bazillion different ways that it could of ended up right there above the Church? 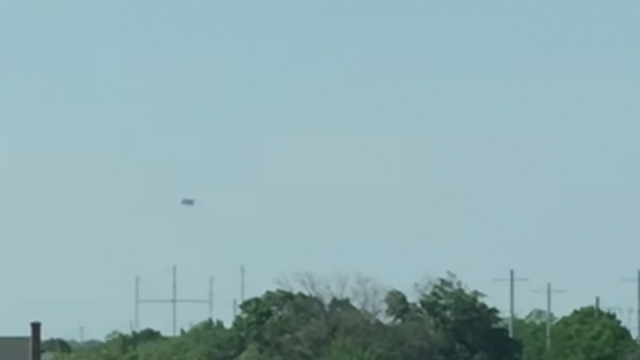 There's been lots of speculation about the shape of the UFO with some people suggesting that it could be an advertising banner dragged behind a plane but that was quickly ruled out because like someone pointed out, doesn't there have to be a plane attached to it lol.

Another person said that "this is New York, it's full of weird UFOs everywhere". Also one witness said the noise at first was a low hum, but then it got louder and louder till it was vibrating everything around him. He mentioned that he's on Staten Island as well.

Guy's, you know that there can only be one answer to this question, but what is it? I know what I'd like to believe, I'm convinced that it only takes one UFO to be real and the world would change Irreversibly. That's why I'm trying to keep an open mind especially with the better UFOs like this one. Also we know that in the real world there's the perception of what it is and then there's the actual identity of the UFO.

The truth is though, and I always come back to it - that in 2019 we definitely had UFO disclosure, the US Government's admitted to not even knowing where these UFOs come from and also ruled out them being another country's advanced aerospace engineering. They gave us the biggest hint ever!

They only left one possible answer on the table without actually saying it out loud! That is, Extraterrestrials exist and they are here on Earth right now!

So, based on what is in the video, what I (and you, plus everyone should know) believe that instead of getting hung up on the colour of the UFO, the shape of the UFO etc we should all be asking what could it possibly be doing in New York City hovering above a Church? Assuming that it's real, what's the reason for UFOs been here in the first place!