Chris Cassidy saw a UFO on Live TV during the ISS taking a new module. The UFO took Chris by surprise and he announced it on YouTube live stream.

This UFO has been the point of much speculation since it happened in 2013 and this is mostly what I'm concerned about, the speculation.

According to the Express online news NASA got angry when astronaut Chris Cassidy shouted out "what the heck is that", they didn't like that at all.

Just remember that NASA has never made a song and dance about disproving a UFO on Live TV. They had a answer ready straight away and they went on record later on explaining it was a heat shield!

Also, NASA hadn't done a visual check of the Russians space module, but had the answer straight away, lol. Just keep all this in mind...

Aren't Astronauts always training "like all the time" to stay cool, calm and collected and most of all be in control especially about what they see and say and do, on Live TV especially live streams, but this totally shocked Chris Cassidy just like it has everyone who has seen it. 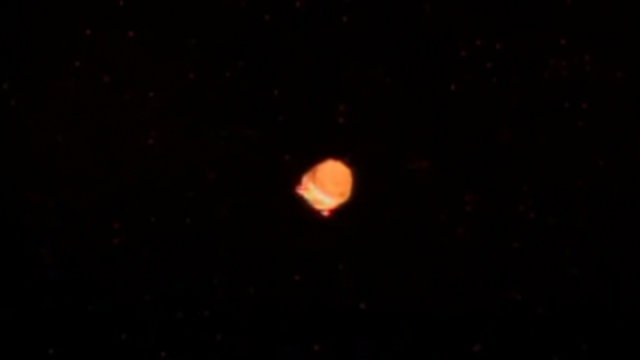 NASA suspiciously responded "immediately" to his outburst and already had answer's lol, people were commenting on the YouTube channel that NASA has all the answers but never the right or real answers. In fact, did you know that every single mission to Mars, to Pluto, the Moon etc is all in aid of finding life in space.

The fact that the underlying reason's for NASA even being in space is to discover life, you know, the building blocks of life in space - but then they did discover that Aliens are right there exactly where they thought they'd be, in space but they don't want you to know about it.

Just like the Moon mission's they went there and landed on it, but now they haven't been back!

It makes me wonder if they discovered life in space the politicians would have to take control and NASA might get pushed aside? So, thinking like that, this could be why NASA’s reluctant to admit that intelligent life exists in space?

If they do announce that they've made contact with Extraterrestrials - there's no need to go back to space, just like we abandoned the Moon!

We controversially see the same thing happening with pharmaceutical companies - selling a one off cure versus selling untold, limitless pills for the side effects. If they cure people, there's no profits.

If NASA says Aliens exist, some politicians might question funding more space exploration looking for Aliens as it doesn't need funding anymore and focus on "other grounded thing's".

That's a very negative and controversial thing but the fact that this thing does and has happened in the past means that it cannot be ruled out, ever.

Humans are a very, very selfish and different species altogether compared to animals that live within their natural behaviour. 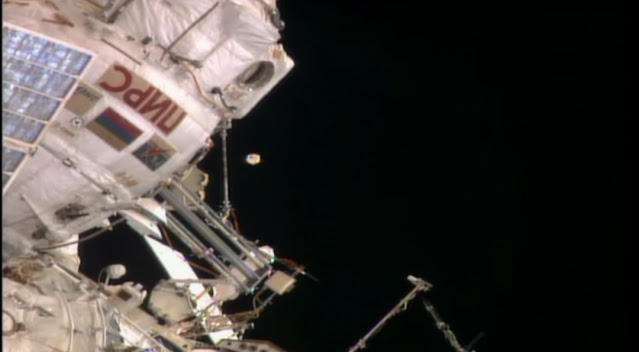 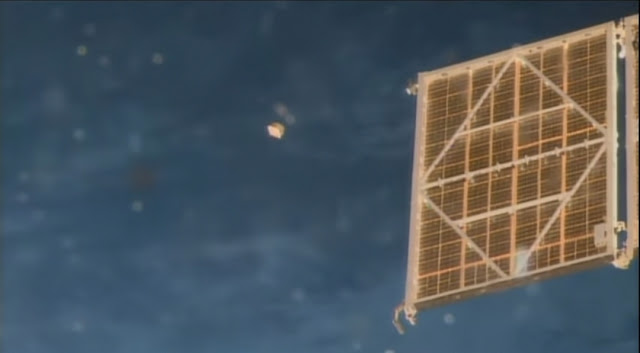 Nobody wants to be at the helm when NASA is being mothballed because we have confirmation that Extraterrestrials exist and the politicians are now in the talks process which is all political and not astronaut related.

Self preservation could come into effect (depending on who's in charge of NASA) at the time of Extraterrestrial contact, but I believe it's already happened.

So, NASA going public about the existence of Aliens isn't quite as straightforward as we'd might think! In fact, it's just the very opposite and can the US tolerate another country having access to weapons more powerful than their own?

Releasing knowledge about Extraterrestrials is a double edged sword!

It feels like it's not real but a staged event of a heat shield, but it's supposedly live TV? This is the effect that NASA has on some people, because over the years they have literally been in the thick of or rumours about Alien cover ups.

Seriously, it seems like it's been staged for our benefit? They film the UFO in detail, getting framed close ups and zooming in zooming out, and they even put the audio over the video.

I personally feel like it was staged to show us all that it was a known piece of heat shield from the Russian space Module. They went way over the top to prove it. But why this one, they've never gone out on a limb before to prove a "UFO" to be something that they know about. Why this one? You know yourself that NASA don't do anything remotely like that. No comment is their go to answer on anything like this.

Please comment on this and let us know what you think about it, also please can you share it and let's get some answers, cheers.