Everyone for decades think that the Black Knight Satellite UFO is a fake. Some think it's a heat shield that came loose and floated away. It's a UFO.

Here's the undeniable, unmistakable and concrete evidence that the "hottly contested" UFO called the Black Knight Satellite is indeed real.

I'll admit that for the longest time ever, even I thought that the Black Knight Satellite (BKS) was a hottly contested case of mistaken identity and that it was a heat shield or just an outright hoax! It looks way to good to be true, right? I always post about "way to good to be true UFOs" and I have no doubt that some might be heavily contested but if this is anything to go by then this proves that even the highly improbable UFO sightings can be real. Because of that, I'm not going to let my pre-judgedment get in the way of fully understanding what we have in terms of UFOs or Alien activity.

Below is the very real, very important and absolutely stunning anomaly called the Black Knight Satellite "UFO" designated number STS088-724-70. Even to this day, some people still think that the Black Knight Satellite UFO isn't real or that it's CGI. But it's very, very real I can assure you, also did you know that some expert estimates have it being in orbit around the Earth for up to or more than, tens of thousands of years? That's incredible because it's not human space junk, it's not a natural piece of rock debris and it's got the shape of an intelligently designed "something?" 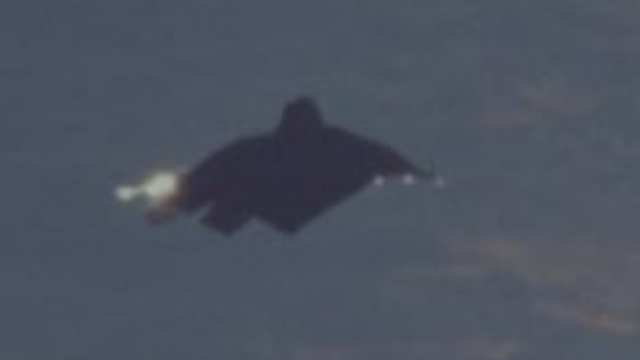 The NASA photo below is from the actual NASA archives and is the exact photo without the zoom applied to see the BKS in closer detail. This process is why we see a lot of blurred UFOs because people zoom in to the UFO and it loses focus ie it loses pixels because it can't fully compensate for something that isn't fully higher in definition. 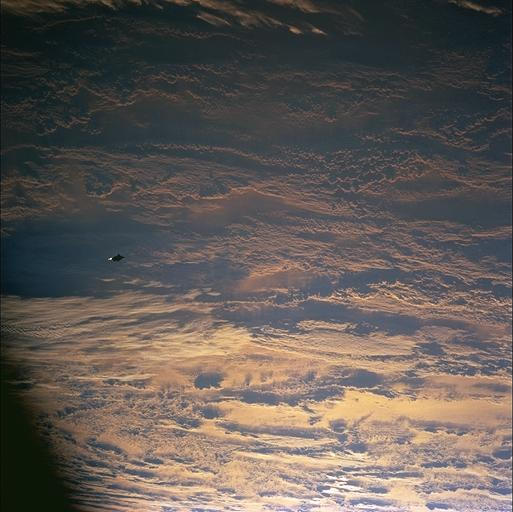 But no, it's not a heat shield and it's not a part of a Shuttle, it's not a piece of space debris slash space junk or a part of the ISS or the Soyuz space station that has come away without the Astronauts knowing.

I know that piece of contradictory information because everything is all present and all accountable. Plus there's been no catastrophic depressurization!

In fact I've just discovered another "piece of space debris/junk image number STS035-72-58 which has a really strange profile to it? I'm wondering if it's still the BKS but the photo was taken from further away from it? I'm sure there's a lot in the photo sequence from that run. Here's that new image: 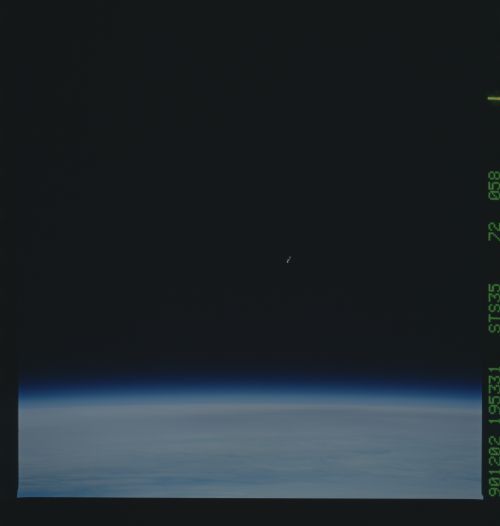 Here's the link to that specific image.

Also here's the Wikipedia page description of the BKS; NASA photo taken during Space Shuttle mission STS-88, described as showing an item of "space debris", an object claimed by conspiracy theorists to be an alien satellite, the Black Knight.

Here's the link to the NASA official photo.

On a weird note or serious note (whichever you think best describes this NASA video about the BKS) here's the apparent NASA video showing Astronauts videoing themselves, but also filming the so-called laughable Black Knight Satellite UFO lol. This is what NASA wants us to believe is the BKS. I'm Stunned into a laughing dimension, it's ludicrous what NASA would like you and me to believe is the Black Knight Satellite UFO.

It's got nothing to do with the BKS. It looks nothing like it. It's silver to start off with. Check out this NASA video: