White UFO Is Inches Away From The ISS In Bizarre Footage

Here's one of the best videos that I've seen regarding the International Space Station and a visiting UFO. It's intelligently made, it's got definition to this and it's got "otherworldly" written all over it. Not the typical spaceship one would expect to see going round the ISS. It actually looks like it's circling the ISS and it's acting like it's going to dock with it or at the very least, it looks like it's trying to get the attention of the International Space Station astronauts? So, what now that we know for sure that Aliens exist? Nothing, just go about your normal daily routine and yes, there's nothing that we really can do except go about our daily lives? Or, we could demand disclosure in an online post? Ask our politicians for answers or even the good people at NASA? It's up to you what you do with this information, I do believe this is a good video though and real.

I first saw this and thought somebody is having a laugh at our expense and when I say our's, I mean the UFO believers - the Ufology community.

This has gotta be a joke right, but it's not I don't think? I even went as far as thinking that this has to be a massive hoax because these are not some "app subscription editing software" anyone can purchase as this is "as far as I can tell" is the real deal"? 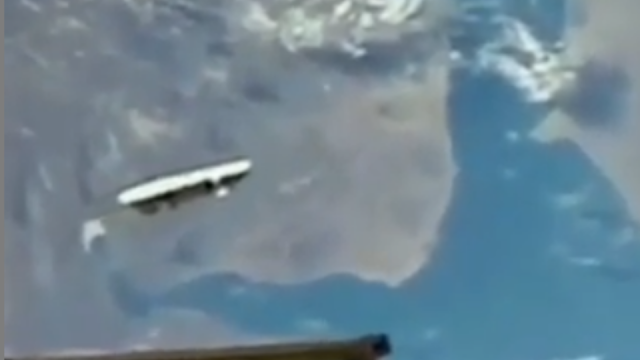 If this is a hoax then it's got to be some sort of privately created software, or some movie quality software.

This is just to good for the public available app editing software...


If you have any thoughts regarding that then please comment below and let us know, that would be great.

It's some sick CGI joke played out on someone's warped chess board or something stupid and crazy like that?

But I honestly don't think it is guys?

I think that this is - as far as I can tell, the real thing! 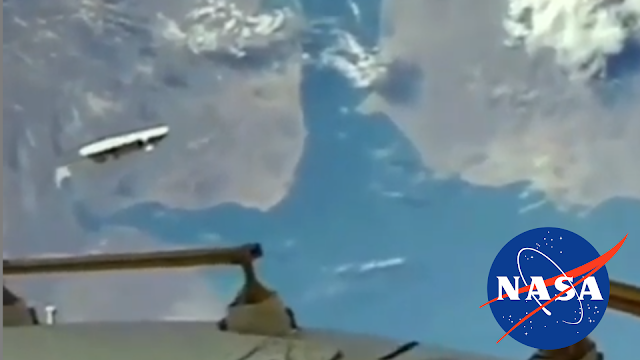 I've seen my fair share of ISS UFO videos and that's why I kinda gravitated to this one when I saw it online.

I saw it and thought "wow" that's amazing.

But I don't think it is?

It could be for one reason that I can think of and that's the titanium white colours of the UFO.


NASA uses titanium white oxide on their space equipment and crafts during their missions.


Some people also suggested that this could be space junk, but again, if it is space junk then it's gotta come from NASA, right?

Unless it's Alien debris...


So, if we're seeing a real piece of NASA rocket debris - then this will be in their database that NASA has on tens of thousands of space junk it keeps and eye on?


It will definitely have this in it's data or archives "somewhere" as everything that has ever been lost in space, come off a satellite, gone in to orbit or otherwise misplaced and "unaccounted for" will be recorded somewhere, right?

I believe it's called ORDEM?


Because that's how NASA rolls, that's actually someones job inside NASA to weigh everything going up and everything coming down!

It will be somewhere in their files believe me.

It's just getting that person or persons to tell us, to publish their work and I don't think we're ever going see that day do you?

It really looks like Aliens might just be making contact here "again" and I say that because some of us already believe this has taken place before.