This is probably the best Sphere UFO that I've ever seen. It's a silver metallic looking round craft that's either electromagnetic or antigravity.

So based on that I believe either the software that faked it is NASA-Lying grade or there's an Alien somewhere that is controlling it or has programmed it at an earlier stage but I'm liking it a lot. 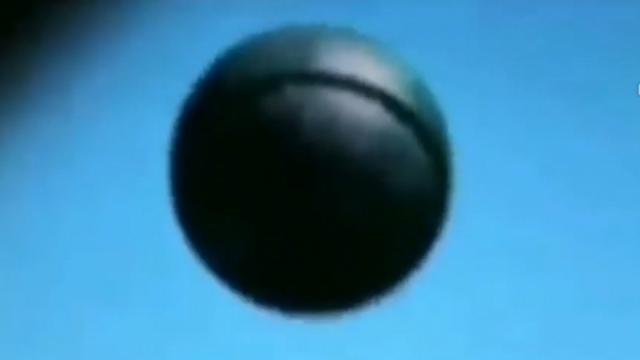 But - and that's a great big massive but, basically I think this UFO Sphere is real. I genuinely think that we've got a live one here and that's so exciting and to me it's awesome. To think that a possible Extraterrestrial entity somewhere might be in control of it or that they might have preprogrammed it earlier is mind blowing.

This round sphere is metallic looking, it's defying all known laws of physics. I've not seen a UFO Sphere like this in about 3 years give or take (check this earlier UFO Sphere). It looks old, it looks rusty and it looks like it's been in Earth's atmosphere for a few years at least, especially to get that kind of corrosion slash rust, on it's outer shell.

Here's a part of the description that is with the Instagram video and I'll point out that this is the exact translation from Google, I've not added or corrected any of the words:

Seeing two large spheres (these spheres are the same as luminous spheres).

Be sure to watch the clip to the end. The second clip was filmed in the UK, the first one I do not know its location friends, the clip has been for several years. 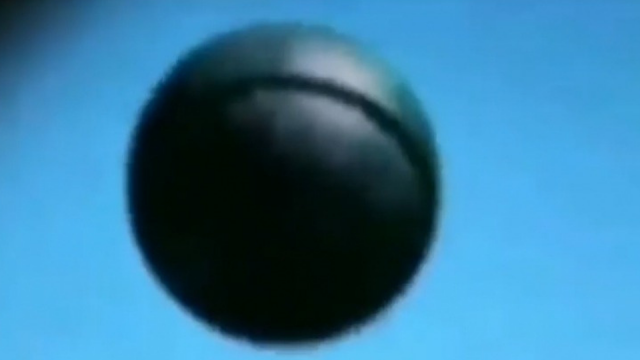 These spheres are the same luminous UFOs that are sometimes seen in large numbers. Note that in the second clip, the sphere is spinning, both spheres are in anti-gravity mode and without light and without sound.

The question that occupies everyone's mind is how do these spheres, when they see a human, change their direction and have no aperture or camera to see a person? If these spheres are for humans or extraterrestrials, how is such a thing possible? All the spheres are controlled from the center or somewhere.

Guy's what's your opinion on the UFO Sphere in this video and what's the difference between a Sphere and an Orb UFO? One would think they're both exactly the same thing, right? But if anything, this is Ufology and I know that everything happens for a reason and everything is deliberate one way or another.

If you know what the difference is then please leave a comment on the UFO Sphere video right here on UFO Sightings Footage, cheers guys.

Here's the full video, it looks so real and genuine as there's no tell tale signs of a hoax. It's got to be Alien but I thoroughly agree that it could be man made top secret technology and it's been held back from disclosure because certain people at certain levels of power don't want this technology in a certain countries hands!

It's that good of a UFO video that it's got me hook, line and sinker so-to-speak because A. The video doesn't look tampered with at all and B. We don't have antigravity or electromagnetic aerial vehicles in normal service.

Here's the epic video, take a good look at it, it's going to be one to remember so please enjoy the video: