This is an exceptional UFO Incident caught on Live webcam. The Antarctica research station is live 24 hrs covered, it was caught on this webcam.

Okay, I was reading up on Antarctica UFO sighting's as I'm trying to get more information on strange "military activities" in Antarctica, when I stumbled upon this semi-cloaked UFO post.

And I was completely stunned, so much so that I began to question it immediately, so I checked it out, I even double checked it and I'm convinced that it's the real deal UFO. Even though I know that the odds are stacked against it been real, it doesn't matter because I already know it will come down to "believing it versus no hard proof" but I really enjoy bringing that possibility to life! 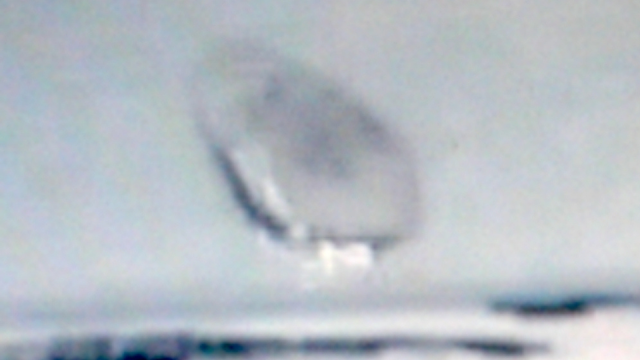 I mean look at it, it looks like a definite UFO flying over and into the water? That's what it looks like to me. It has a metallic colour like a silvery grey colour to it. It has what looks like a light or a feature at the front of the craft?

I thoroughly enjoy believing in something that is so controversial and history changing that if it turns out to be real, I can say that I was a part of that. I mean so what if I'm inserting myself into the storyline, I've done so because I'm bringing it to a wider audience.

The image below is a snapshot taken from the video only, the eye witness no longer has it just these snapshots he managed to get from it. 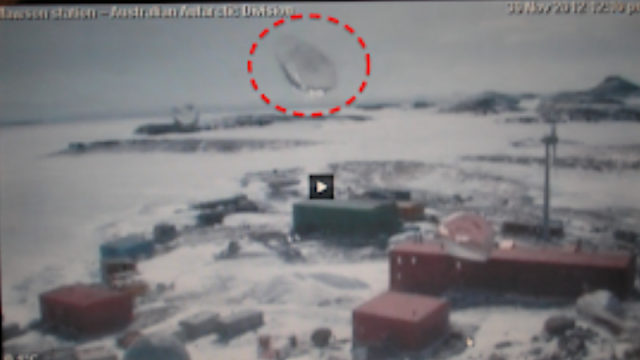 Above in this snapshot of the UFO, it was taken from the webcam video (I wish he still had the video). This is what tells me that it's real. But I can't be sure or guarantee that it's real but as they say it's a great piece of the UFO puzzle anyway and it's appreciated because we now ha a lot more evidence than we had before it.

I do know that I can't be right all the time on every UFO occasion and the same goes for all the UFO sightings that I think is fake. There's just no way that I can be correct in all the decisions I make on UFOs but like they say, it only takes one to be real and I like those odds.

It was sent to Scott Waring of the popular website UFO Sightings Daily and low and behold he thinks it's a good catch.

Here's a quick quote from the website UFO Sightings Daily. You should check this out as it's a great website with lot's of great post's. The Eagle eyed witness is called...

Hans G. He caught the UFO on several screenshots and a video. Sadly the video did not work, however these shot are fantastic! The above photo from the live web cam at the Mawson Station in Antartica shows a semi-transparent disk that moves past the cam.

It's definitely a round looking UFO which is "definitely real" in my own view. It's half transparent and half solid looking or it's got super sensitive light absorbing materials that emit other lights based on it's surroundings.

Seriously, I'm not quite sure about what it entails to create materials that can render an object invisible? It must project it's surrounding colour's onto the materials facing the opposite end to the side that we see.

If this is done on a "round vehicle or craft" then yes, I can completely see it working well because of it's opposite been exactly the same shape! Transparent materials that can hide solid objects are 100 percent real, they do exist.

I have to say it's a once in a lifetime UFO experience for Hans G? It's got everything going for it because there can only be one, once and if it's this one then that's awesome. You can check out the Mawson Scientific Station webcam at the link below but only for the last 2 days. Unfortunately the video which had the UFO on it is missing so that's the only thing I found a bit odd.