This is the evidence that shows the Columbia shuttle was either defended from Earth with lasers or it had UFOs come close but defended itself.

This is the weirdest multi-UFO video that I've ever seen so far from NASA (STS-80) on board Columbia while talking to Story Musgrave.

Is this NASA using a defensive technique as a deterrent to any UFO that gets to close for comfort or strays to close to the Astronauts or the shuttle itself and any other NASA owned assets come to think about it because if so, where is it? It all happens at the 27 second time mark in the video. 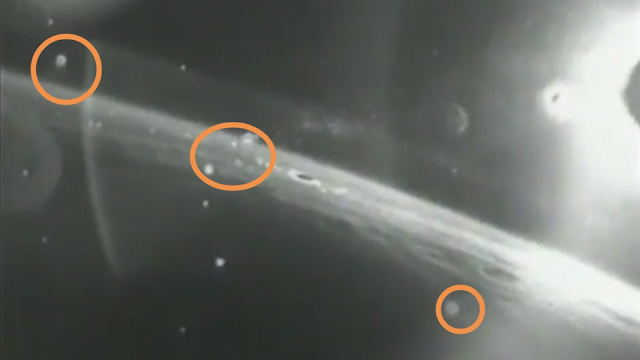 Does NASA have a Shuttle based weapon or Earth based weapon(s) following the Shuttle ready to protect it? And that's a valid point of view and question based on the video.

Ive only pointed out a few UFOs in this very video of the mission STS-80 that most certainly shows multiple UFOs fleeing or speeding away from the Shuttle while Story Musgrave is communicating with NASA’s mission control or Cap Com. I'm not convinced that the weapon is on board the Shuttle because if it was on board then Story would definitely be watching what's going on so he probably wouldn't be talking so freely with mission control. 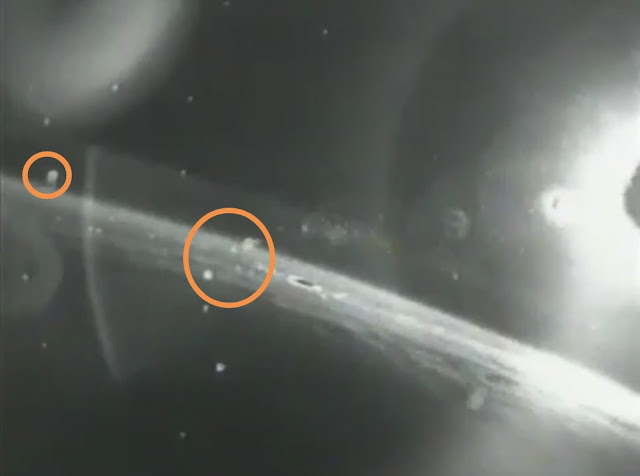 That leads me to think that the weapon is Earth based (or a near satellite) and that's been controlled by a dedicated team on Earth with real time control systems. This video all by its own it's plenty of evidence to say that NASA is actively involved in defending or keeping at bay UFOs from it's assets in space.

Why else do we see a blinding white light possible laser or plasma light and then at least 3 UFOs literally scatter and speed off from a slow paced drifting speed. I can't even imagine how fast they speed off at but it's exceptionally fast? It's from a strolling pace and then from nowhere they seem to have accelerated to at least 200 miles an hour if not more!

It's not normal to see this strange behaviour in space, in fact it looks like it's birds in the sky flying at a normal pace only for a huge loud noise to scare them and they scatter. That's exactly what this looks like, right? But this is supposedly in space in front of NASA’s own cameras.

If I'm missing something here then shame on me, but in my own defence I can only say what I'm seeing, right? I'm going through a matching up of information with what's possible, then I'm going through my mind thinking about what can and can't happen because it's in space and seriously, all I can come up with is "that's as strange as two left shoes"!

Right on the dot of 27 seconds into the video is when we see this almighty white blinding light and these seemingly slow moving objects just bolt as if they was afraid of something? That's the strange part because it's space and only the NASA stuff is there filming it. Unless it's all by design and this is NASA’s own defence mechanisms attached to the Shuttle as a deterrent to any "possible unknown threats"?

That sound's plausible because in the unlikely event that an unfriendly UFO does turn up, can the Shuttle defend itself? Has NASA installed anything by way of light deterrents or lasers (I know how it sounds), plasma even? I know that NASA likes to train for any eventualities and this might just be one of their ways of keeping UFOs away from the space station? Like a big bug zapper!

You've seen the video, I'm only saying what I'm seeing. You might see it all unfold totally different from what I see in this video, and that's the beauty of sharing our thoughts with each other. Please, let's get some dialogue going on this because it's super interesting.

Here's the excellent video showing what most certainly is multiple UFOs around the Shuttle Columbia below.

Like the STS-48 UFO event, this shows amazing UFO movement & was captured LIVE with 'everybody watching' as CAP COM comments. Story Musgrave sounds puzzled as he asks CAP COM if the Satellite is transmitting & is NASA seeing this! This reminds me of the STS-48 UFO 'event' where UFOs suddenly zoom away! From (Martyn Stubbs) NASA UFO Archives.