This is a spectacular secret space fleet video which has been leaked and it's breathtaking with information that if true is Earth shattering news.

Okay, I've never seen this Secret Space Fleet video before and because I haven't seen it before, I'm gonna give my immediate reaction to it raw and uncut.

Without any pre-judgements about this UFO sighting (I'll try my hardest I promise lol), I'm going to go with it being filmed in space above Mars and that what we are seeing in this amazing spaceship video is real. The video is such good quality that only someone allowed to film it at around 100 to 150 miles above Mars can bring us something like this. It's in focus most of the time, it's in black and white footage so it could be from any decade? It's even being filmed from what must be another spacecraft. So that's two craft's that we know of, which doesn't take into account the other different types of craft's that we can see in the full video. 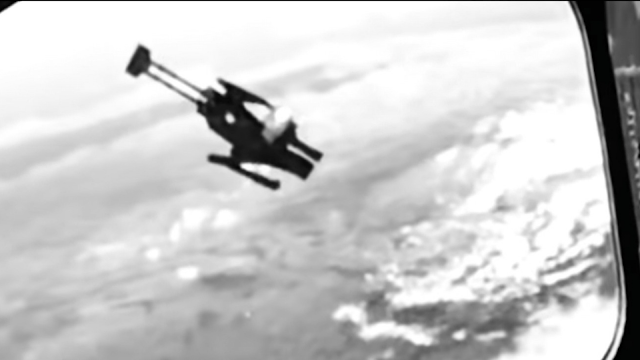 Credit: Thirdphaseofmoon YouTube Video/UFO Sightings Footage/UFO News/Canva.
Firstly, Thirdphaseofmoon published this once before a year ago but it was taken down as they explained in this video, so that's where the
Secondly I think taking into account what I already know about Mars and what I have learnt from the many ambitious plans put forward by NASA, SpaceX to colonise the red planet, it's highly likely to be authentic. Theres been other companies and other countries looking to colonise Mars as well. There's many different people and agencies with plans for Mars and some go back many, many decades so this really could be happening right now? How long has the Secret Space Fleet been in operation?
Related post
I've Just Recorded First Video About a Compound Found on Mars In Over a Year
This is all playing a part in my decision making and then there's all the recent hype about helicopters on Mars, there's lot's of plans in the pipeline for humans to go live on Mars. Taking just this little bit of information into account it starts to look more likely than unlikely.
Obviously that's not even taking into account the whistle-blowers testimonies, all the conspiracies and the statements from retired military personnel whom have come forward with some unbelievable accusations and testimonies that they lived and worked on Mars... so please don't be quick to dismiss something like this just because we've been prepped by a Government education curriculum to laugh at this kind of thought. We all know that Government's around the world are self serving, self promoting and self appointed experts with party lines been spouted off.

Trust what you feel is going on, taking into account what you've gone out of your way to learn otherwise you wasted your time. 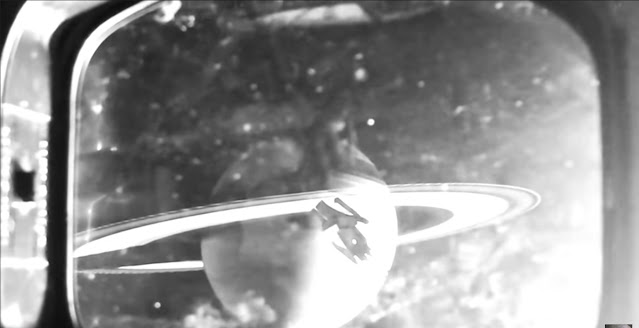 A secret group of 32 men was selected from the U.S. Air Force and trained as astronauts completely independently of their peers at NASA. The specialized training revolved around deploying classified payloads and conducting other secretive activities in orbit using America’s space shuttle as the primary orbital platform. In fact, at one time, the DoD intended to fly more shuttle flights per year than NASA.
At one point, the Air Force’s Manned Spaceflight Engineer Program had 134 military officers and civilian experts assigned to it, manning the California launch complex as well as the Pentagon’s own version of mission control in Colorado. A third facility in Los Angeles housed the program’s 32 military astronauts, who entered the program through three separate astronaut classes held in 1979, 1982, and 1985.

The reason why I'm quoting this is because I just want to demonstrate and prove to you for a known fact that it's not to far fetched to think that the United States of America can have and did have a very secret space fleet and it was well maintained. In fact it was run parallel to NASA so having this new information makes it a lot easier for me to believe this craft is above Mars.

The more information that we learn about about everything, the smaller the world becomes. The more wiser we get and the easier it is to create new beliefs based on gut feeling.

Without the public knowing about it you'd think it near on impossible for such a space fleet to be maintained and operated, right. So when I see that parallel space command centres operated by different agencies I start to believe it's more than possible, I start to think it's happening.
I honestly believe that it's possible and It's more than possible, in fact it's doable. It's most certainly achievable because the will was there in the 1980's, the hunger to beat communist Russia was at an all time high and it was a different generation whom held dearly their sense of patriotism, identity and their freedoms and their own destiny - nobody else's. People signed up in droves, people we're selected for secret missions because we know all this from similar examples of public record events. To make on a top secret program would be to easy.
And that little titbit about the secret group of 32 men is courtesy of Sandbox. 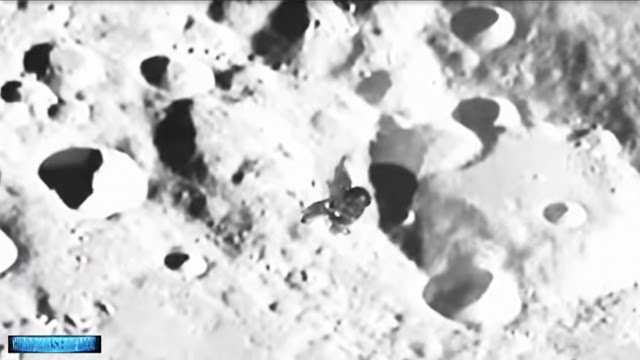 Credit: Thirdphaseofmoon YouTube Video/UFO Sightings Footage/UFO News/Canva.
I'll be giving a "unbiased opinion on what we'veseen in the video".
Of course I'm aware of the secret space fleet but not this particular video in question as it's totally unknown to me and the crafts in the video are unknown to me. If we've been out in space colonising different planet's and traveling to the distant part's of space that literally means that most if not all of the high altitude telescope research institutions must be in on it as well because they're not just looking into space, they're monitoring all frequencies which if anything happens on these frequencies it's an automated system which kicks in and guy's, basically we'd know. Unless it does go that deep into the educational system ie professors and directors including well known institutions of amazing reputations.
This is why a lot of people laugh at the idea of Alien's been real or that UFOs are real. Some people look at the implications of such a thing and guys when you do look at it literally, the higher we go peeping into the administration side of it, we're talking all the way up the chain of command and this is exactly why a lot of people have a problem with Extraterrestrial entities operating, living or otherwise engaged on this planet. It would seem highly unlikely that it's a well kept secret or that there's way to many people who would have to know about it.
It's interesting that because we've had UFO disclosure with the UAP phenomenon. When we look back at the pattern of how it came about we have pretty much an alignment of whistle-blowers, data dumps, hacker's with Alien and military cooperation etc. So the same timeline for UFO disclosure overlaps with Alien disclosure. So it makes me wonder if Alien disclosure has happened, but by proxy because of UFO disclosure... Can one happen without the other? I ain't so sure now that I'm applying UFO disclosure to Alien disclosure because it goes hand in hand on "near enough everything". 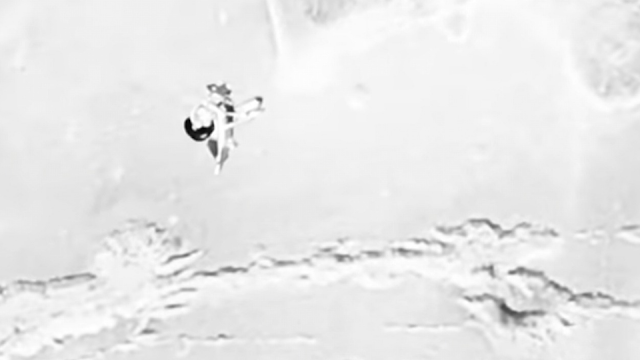 It's brilliant footage, I'm gonna start right there with that word "brilliant", because it is. Thirdphaseofmoon has this on their YouTube channel which is where I came across it and yes, I'm defo convinced that it's for real, I mean look at it! I'm not aware of this video which that tells me that there's a hell of a lot of people out there that are in the same boat as me, totally unaware of it? Seeing it for the first time, what do you think about it because it's got my thought's running on empty? I'm definitely leaning towards it being real for sure. 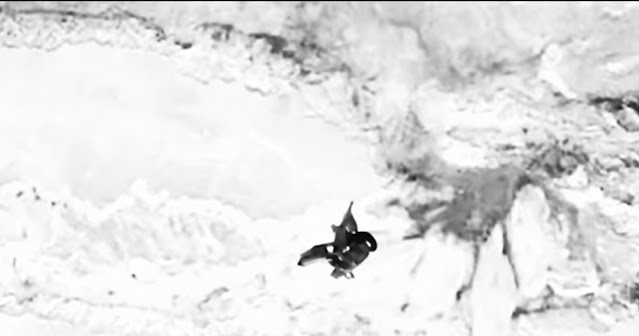 Credit: Thirdphaseofmoon YouTube Video/UFO Sightings Footage/UFO News/Canva.
Going on from the video, obviously if you haven't seen it before like me then your in for a blooming awesome treat put it that way! I don't care if the word "blooming is old fashioned" it describes the way I'm feeling perfect along with a few others but getting back to the video, guy's it's the planet Mars were focusing on here because that's exactly where the secret space fleet was anchored up so-to-speak and filming this whole video. The fleet is also

Remember that the person who is filming it must be in a separate craft or spaceship themselves...

Mars, a place with more artefacts than a European city dump! It's a wonder why everyone has been throwing everything at getting to Mars to colonise it. It's got no end of ancient Martian technology the likes which was on the Moon.
Check out this secret space fleet craft hovering above Mars:
Please share your thought's and opinions also any ideas that you might have about this unprecedented and unrivalled UFO video. It's a complete one off rare UFO video if you ask me. I've definitely never seen anything else like it ever. Share this post and I would defo appreciate it if you could leave a comment, cheers.
Credit: Thirdphaseofmoon YouTube Video/UFO Sightings Footage/UFO News/Canva.