Silver Flying Saucer Filmed From Witnesses Back Yard Over Tijuana

This is a spectacular UFO video which was filmed in Mexico by a guy who lives in Tijuana.

It's actually not far from where the Mexican Air Force had their very own UAP incident, similar to the US UAP encounter. 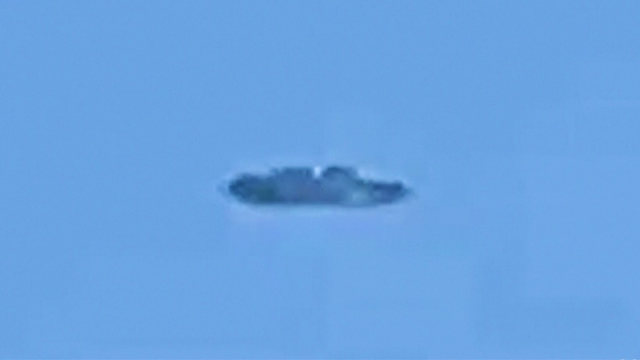 Credit: MUFON/Only Real UFOs YouTube video/UFO Sightings Footage/UFO News/Canva.
The only difference is though is that the Mexican Air Force released their UAP Videos way before the US did "and hardly anyone took notice". In fact you can check out their UAP video right here on the Military dot com website.
We can see the eye witness zooms into the UFO just to get a better view but that's when the camera starts to struggle with losing pixels and that's when it starts to look more blurred, it can't be helped. 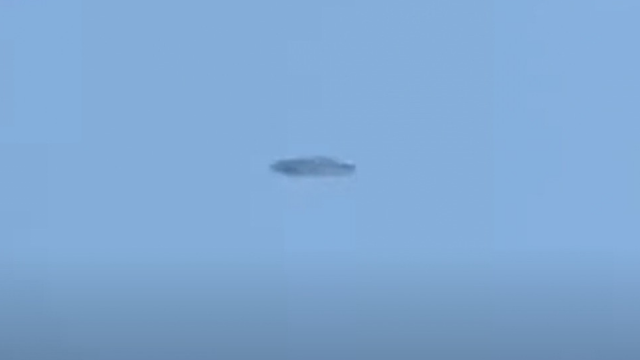 Credit: MUFON/Only Real UFOs YouTube video/UFO Sightings Footage/UFO News/Canva.
And because I've not written specifically about Flying Saucers (at least a few days lol) I've decided to get back to basics with what I'm writing about and start writing about Flying Saucers, good old fashioned but absolutely mind blowing Alien vehicles.
I went off UFOs for the last few posts really as I was focusing on conspiracies as opposed to UFOs. It's very easy to get side tracked when looking up UFOs and Alien crafts. Anyway, I literally stumbled upon this awesome UFO footage which is a perfect example of "getting back to basics". It's silver in colour, from the side it could be mistaken for a Cigar shaped UFO because it's got a Disk like profile and the same shape in a silhouette outline but it's a Flying Saucer.
This UFO video is only from August 2020 which is one of the most recent that I really liked the look of for it's potential for being a bona-fide real UFO. I can understand why it had the observant eye witness running for his camera because that's exactly what I'd do. If you look at the vidaeo you'll see what looks like a constant zooming in and refocusing onto the UFO which is because the UFO is actually there.
Related post
UFO Discovers The Mars Rover And Then Darts Off
The lens is having a hard time staying focused and that can only be recreated with extremely sophisticated software and a bunch of time which wouldn't make sense for anyone to create this video as there's no monetary benefit. Unless someone is showing off their skills or created it as part of a college degree in design or graphics etc and did as course work then I am struggling to understand why someone would fake this UFO video?
Does everything have to have a reason for being and does a UFO hoaxer have to follow the normal "monetary gains" to create a fake UFO video?
My answer to this out loud question is no. I think some people dobit because they excel at deceiving people and enjoy giving people false hope or they just enjoy giving "believer's of UFOs" false information and like to laugh at them when their lies are giving people hope.
It's a certain disgusting, nasty breed of people who enjoy the latter.
These are the top tier finger sniffers. The commanders of finger supremo. The knights of the round butt hole. Oh, I hate UFO hoaxers! Because I  know for a fact I've been taken in by their silly UFO stunts.
So, based on this I'm of the opinion that the video is hopefully real and that'sbased on what I can see. I mean I can't tell you with 100 percent certain facts but in my best opinion based on how real objects are focused on, the zoom looks good, the focusing looks right and the eye witnesses very short and to the point description, it looks legit. This is all without putting it through expensive forensic photography analysis software mind you but as a normal guy just like everyone else, my honest opinion based on years of writing about UFOs is that I think it's real based on what I see?
C'mon, let's get back to the terrific people down the yellow brick Road....
Hoaxers and fakers of UFOs, they love their own tripe, they make up some elaborate or insane back stories to give credibility to the fake UFO videos that they've just created. They can't help themselves, deceiving is innate and when they've got horrible stupid fake UFO thing's to say, someone's gonna listen!
Because they target a group of believer's, it's neither here nor there if it's a group of UFO believer's as it could be any group of believer's. Anyone that they can get a lie across to or someone they can fool via their silly animated UFO design. They over compensate and create untrue false statements which don't usually end up on MUFON and if they do, these hoaxers celebrate by sniffing each other's fingers.
I'm not a fan of UFO hoaxers.
Here's the full description from the YouTube video:

Witness description: "Every day I go out to see the sky for a few minutes and today I saw a dark spot on some hills and I ran for my camera and zoomed in to see what it is and managed to capture this." Source Link: 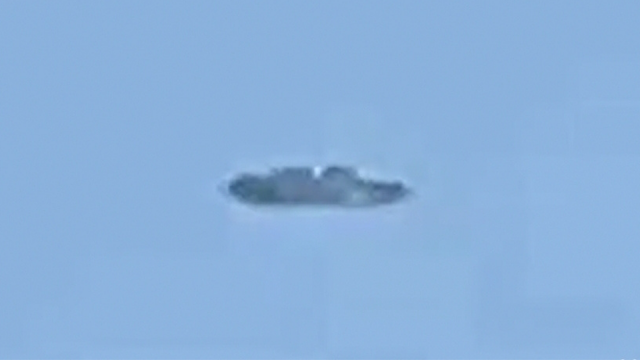 Credit: MUFON/Only Real UFOs YouTube video/UFO Sightings Footage/UFO News/Canva.
There's a huge number of UFOs been filmed all over the world and because I'm writing about UFOs everyday near enough but sometimes conspiracies, it feels like more UFOs are being reported all the time. It seems like there's more UFO activity to be honest but I'm going with that people are more aware of what to do now as well. Just like this UFO video taken over Tijuana in Mexico was reported to MUFON.
I don't think there's more UFOs coming to Earth or the various neferious Government's around the world are reverse engineering UFOs on a grander scale, it's more than likely because like I said, people are coming forward now with footage they caught from 2 years ago or 3 years ago and anything up to 10 years ago, sometimes even more.
MUFON is a rubbish choice though to report it to as they charge people to see them. They get the product for free from the eye witness and then charge people to see it. It's the worst thing about MUFON. I don't agree with the argument that someone needs to pay for the investigation etc. No, they don't, they set up a business charge with it's business model been "pay per view". I do not, and I will never support that. Ever! Anyway, that's just my pennies worth on that.
Here's the full YouTube video:
There's a lot of Silver Cigar UFOs that have been filmed over years and I've covered a lot of them. Mexico sees a lot of fleet UFOs usually the Orb types. If you see a UFO then please film it, send it to your choice of reporting centre and get it reported because the more we know about the movement's the better. Let's track them because they're not coming forward which is what you'd expect from a friendly visitor. Okay that's based on human behaviour but a handshake is a handshake no matter where you are in the universe.
Credit: MUFON/Only Real UFOs YouTube video/UFO Sightings Footage/UFO News/Canva.