This UFO was recorded over a mountain in Croatia colliding with the mountain. A huge bright light is recorded flashing as the UFO flies out of view.

I really want to believe that this is real, the eye witnesses reactions are spot on, the "action reaction" all seem right on point and as I'd expect.

It's a strange kind of UFO sighting I'll give it that but just before the huge flash of light the UFO actually gives off a blueish kind of rocket burst like a thruster but it didn't seem to raise the craft or even send it left or right. Was this an emergency manoeuvre that failed? 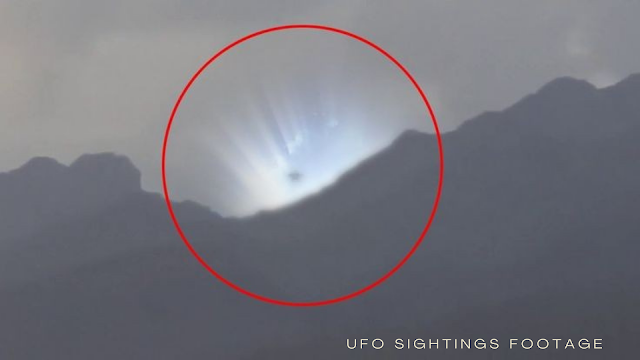 Credit Alien Planet YouTube Video/UFO Sightings Footage/UFO News/Canva.
It's actually starting to make sense now because if this craft is taking emergency action and we see the thruster not working as you'd expect it to, the next thing to happen would be a crash, right? But we don't actually see the craft crash, it could be making contact with the tree tops and that's probably what we are seeing cause this massive flash of light. And that's exactly what happened. See, it's starting to add up.
Related post
Crashed Craft on The Moon And A UFOs Coming Out of Bases At 4:20
Okay, so what's convinced me more than anything is the reactions by all the different people who were there and that witnessed this UFO event. They were all enthusiastically commenting on the UFO plunging into the mountain. It was also kinda gliding towards the mountain but in slow motion which is probably correct in real life. 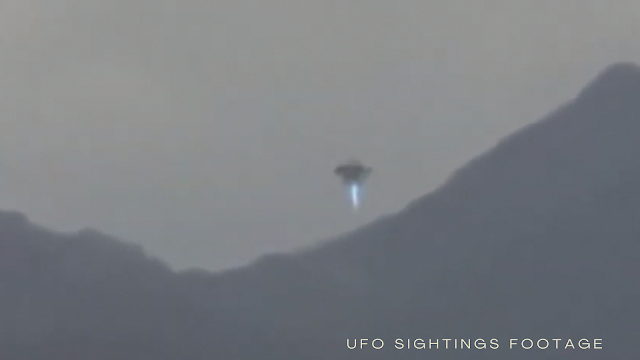 Credit Alien Planet YouTube Video/UFO Sightings Footage/UFO News/Canva.
If someone was using software or using CGI that would have been a lot faster. Because if someone or something was inside the doomed craft and was taking emergency actions, that would most certainly be slowing down or putting off the inevitable and that's also, exactly what we're seeing.
So yeah, I'm liking this no matter how far fetched it may look, it's making sense to me and it's based on common sense thinking. Colliding with the mountain would obviously generate a huge flash or explosion and again, that's exactly what we're seeing.
Actions must have reactions.
It's a plausible explanation for what I'm seeing but that's just it, it's only my own way of seeing it so I really need your help. You have the best and most abundance of way's to look at something. Because of how many people you are! I am but one person with a one track mind, it's okay been open minded to a point but even I can't take absolutely everything into account - but you can...
As we go along posting comments let's try to improve on the next one. It's something that I know that we can do, it's doable. If one person point's something interesting out, and if you can elaborate on it with even more understanding or more insight then please, you must add to all of our understanding.
Here's the full Alien Planet YouTube video:
Please can you share your thought's on this really thought provoking UFO sighting? It's not everyday that we are treated to a great UFO sighting so when we are, let's take it apart like a puzzle and build it back up so-to-speak and get to the inner workings of just what we're all looking at. I'm in the same boat as you guy's, I really want answer's and I know that we can all get Alien disclosure together, cheers.
Credit Alien Planet YouTube Video/UFO Sightings Footage/UFO News/Canva.