This is some of the most amazing night vision video footage that we've seen here at UFO Sightings Footage as this is footage that stays with the craft. It keeps it in focus as best it can and it is fast and when I say fast, this is literally "flying". Night vision is always used by the military so is this a military video possibly leaked by a whistleblower or is this a protocol of the Brazilian military to post this type of night vision video footage on their blog? I don't think it is but we have to look at it anyways so that we can make a determined decision answer based on the most accurate and well researched answer we possible can come to? The TR3B aircraft is looking like the answer but it still could be a triangle mystery that just won't be solved? I hope we solve it but as we all know that when it comes to UFOs, it's always got to conclude with you! Your own determination, your own common sense will lead you in the direction that you will go in anyways so go with that. 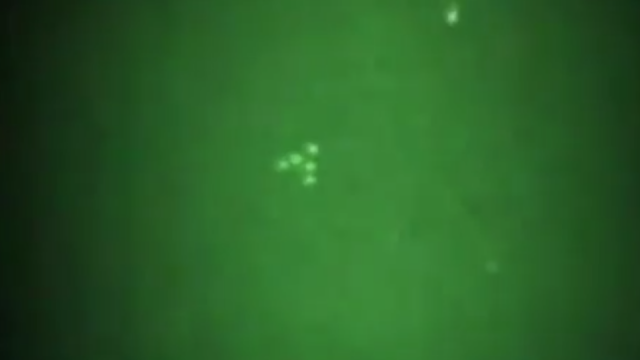 This is a spectacular video of an effortlessly flying triangle! It's a UFO, it's a TR3B, it's an unofficial aircraft from the Air Force or it's a back engineered hybrid from a crashed UFO - oh yeah and it's an Alien spaceship?


Seriously it's been claimed by many, many amateurs, professionals, engineers and scientists and everyone in between - but the one thing which you can't deny, is that it has a very, very exotic look to it. Yes, even Alien!

Brazil again has it going on and it's now got Triangle UFOs flying over it at night which have been caught on camera, but not just any camera! UFO's caught on night vision cameras are generally caught on the militaries night vision and is it the infamous TR3B or is it an aerial vehicle from the Aurora project? Which is an unofficial and rumored to be aircraft - I'll tell you how Wikipedia put's it:

So OK, a little bit further down the site on the same page it states this:

The U.S. government has consistently denied such an aircraft was ever built. Aviation and space reference site Aerospaceweb.org concluded, "The evidence supporting the Aurora is circumstantial or pure conjecture, there is little reason to contradict the government's position. 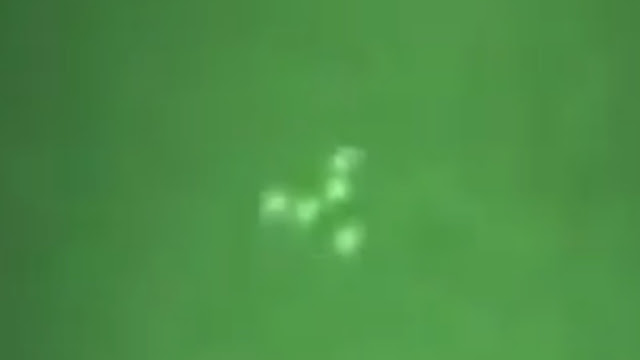 For real that is what it say's on the official Wikipedia page when it comes to this "Triangular Aircraft" and after I looked up the site Aerospaceweb, it starts off by saying that it's a non - profit site run by or operated by engineers and scientists in the aerospace field.


To actually have the phrase "no reason to contradict the governments position", associated with your site is probably not the best thing but they are a totally different field of research instead of Ufology but still as a scientist and an engineer still...

They have though still gone on to research and look in to this Aurora project and concluded the following:

"The evidence supporting the Aurora is circumstantial or pure conjecture, there is little reason to contradict the government's position."

So, I guess this is a for "non disclosure" website - as opposed to a full disclosure of UFOs and Aliens, website right? Or is it just in this instance or in this case in particular - especially knowing what we now know about Triangular Aerial Vehicles! What we now know is that they did have a program of triangle shaped vehicles called with the code name Astra and that they (US Air Force) actually have been using them since 1989 "officially".

The image below shows just how far the night vision camera has to zoom in to see the craft. 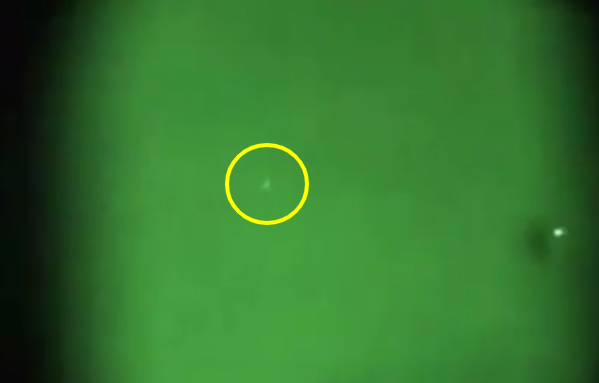 There's absolutely nothing wrong with going with your opinions and rational thinking. I totally respect the truth if it is the truth or should I say I respect facts and that I respect the submission of common sense, but I don't respect collusion, nefarious and ulterior motives when it comes to UFO and Alien disclosure including faked UFO sightings.

By the late 1980's many aerospace industry observers (who?) believed that the U.S. had the technological capability to build a Mach 5 (hyper-sonic speed) replacement for the aging Lockheed SR-71 Blackbird.

Detailed examinations of the U.S. defense budget claimed to have found money missing or channeled into black projects. By the mid-1990s reports surfaced of sightings of unidentified aircraft flying over California and the United Kingdom involving odd-shaped contrails, sonic booms, and related phenomena that suggested the US had developed such an aircraft.

Nothing ever linked any of these observations to any program or aircraft type, but the name Aurora was often tagged on these as a way of explaining the observations.


Here is the best TR3B or Triangular shaped aircraft that you can possibly "ever" see at night time filmed in night vision:

For me this is just a stunning aircraft, UFO or unknown Alien vehicle that is soaring through the night sky. It is so fast, it's moving effortlessly and it is probably just stunning to look at in daytime light? It has always fascinated me that this triangle shape "UFO" is flying secretly around the world and if the rumors are true about it's capabilities then it's mind blowing.