Astronaut Has To Thrust Away From UFO 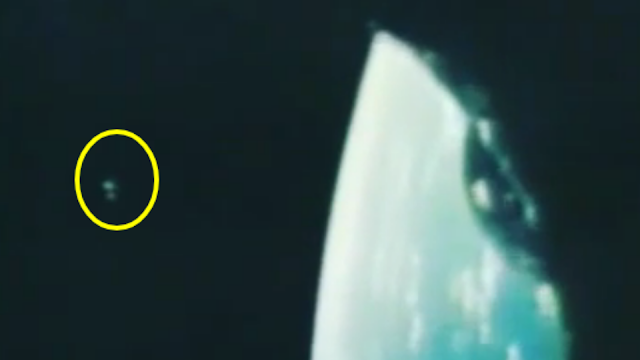 This is a UFO sighting of a UFO which seems to be deploying some type of other UFO or secret satellite or even an Orb of unknown origins? This is UFO footage of epic proportions - as it shows an original astronaut of the "Gemini Project capsule" deliberately hitting the thrusters to get away from the UFO.


In my book this is stunning and it's historic. No matter what your thoughts are or what your opinions reflect regarding this - it's truly breathtaking because of the obvious implications! Unknown anomalies at the early beginnings of our space travelling endeavours are not so easily shrugged off as like they are now because of CGI. 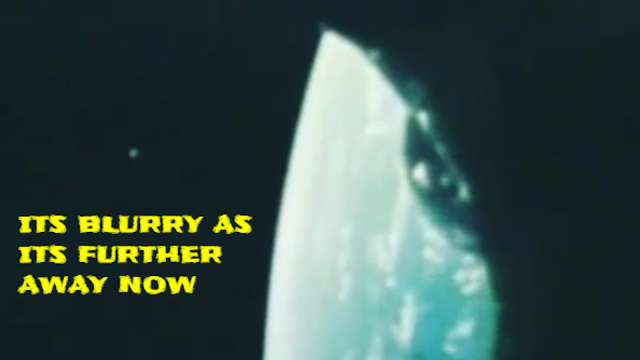 This is my interpretation of what is going on. The object(s) in the video can't really be expelled debris from rockets or any other man made vehicles as it's just to big to be still considered an "unknown object" as it would be missed straight away.

For that reason I don't believe it's from other space explorations because this video is from 1965 which as you might not know but there really wasn't that many blast offs which could of left this object?

Plus it is moving and delivering objects in front of the Gemini capsule like a gift offering from Aliens to humans, is this first contact? 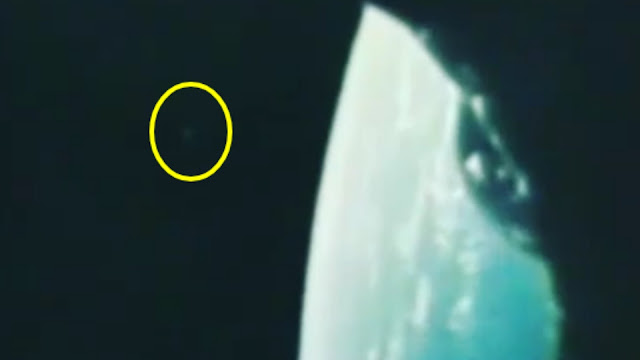 It might be momentum which is moving it, it could be an expelled coffee cup it could be whatever you want it to be?


There's been other Pyramid shaped UFOs at the ISS also even when SpaceX was there recently (link at bottom of page). 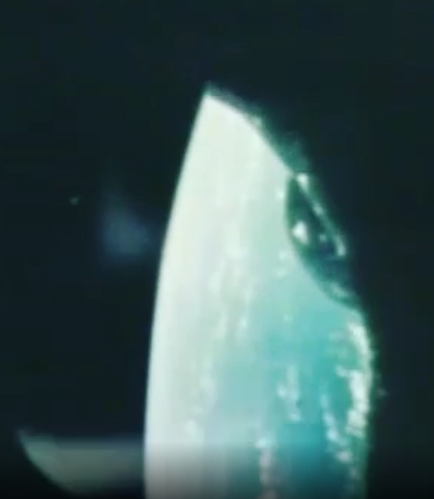 One thing I know it's not "normal". The UFO reappears and that's when the astronaut begins using the Capsules thrusters to get away from the UFO. It's a weird UFO encounter but one that I believe.

Gemini's objective was the development of space travel techniques to support the Apollo mission to land astronauts on the Moon.

Project Gemini was NASA's second human spaceflight program. Conducted between projects Mercury and Apollo, Gemini started in 1961 and concluded in 1966. The Gemini spacecraft carried a two-astronaut crew. Ten Gemini crews flew low Earth orbit (LEO) missions during 1965 and 1966, putting the United States in the lead during the Cold War Space Race against the Soviet Union.

Below is Gemini's patch: 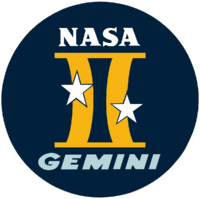 Because it's early astronaut related, space related and pre - drones plus pre - satellite's(near enough) and all that jazz I'm sticking it out there and saying that this really could be a UFO?


Below is the video of NASA's Gemini Capsule UFO incident:

I stress it because like I say it's "pre" most modernisation or modernity of hoaxes, fakes and that kind of rubbish which we are sadly seeing more and more of recently.

It's not tainted with horrible CGI or otherwise prank related animations, that's why I have more faith in this UFO encounter.