Silver UFO Caught On Video With Very Clear Zoom In

Guys after watching this whole video and as short as it is, i'm definitely liking the look and feel of it, but that's just it. Is it just to good to be true? Is there someone out there who did this in a graphics class in some college or in a university as part of a graphics course? It looks the part and that's not a doubt but yeah, what to think especially as there are some videos out there that are fake and have actually been taken in by Ufologists and fooled or had the wool pulled over their eyes. I don't want that (nobody does) so I'm always going to stop shy of saying for sure if the UFO is real or not as in this day and age, the software and graphics that computers are capable of making are just to good and we can't be sure anymore therefor I can't give a firm nod in the direction to say either yes or no anymore. Ufology is definitely been taken over by pranksters, hoaxers and people who think it's fine to create a UFO video as part of their course work then release it as a genuine UFO video. It's not cool and I will always be saddened by this. I have contempt for people deliberately creating fake UFO videos, it's disgusting. Especially tricking people to make people look like a fool, it's a cowardly thing to do. So where as before I used to say yes or no, now I'm just going to point out that it could be real or it might not be? Make your own choice in life, sad isn't it but that's where we are at in Ufology. 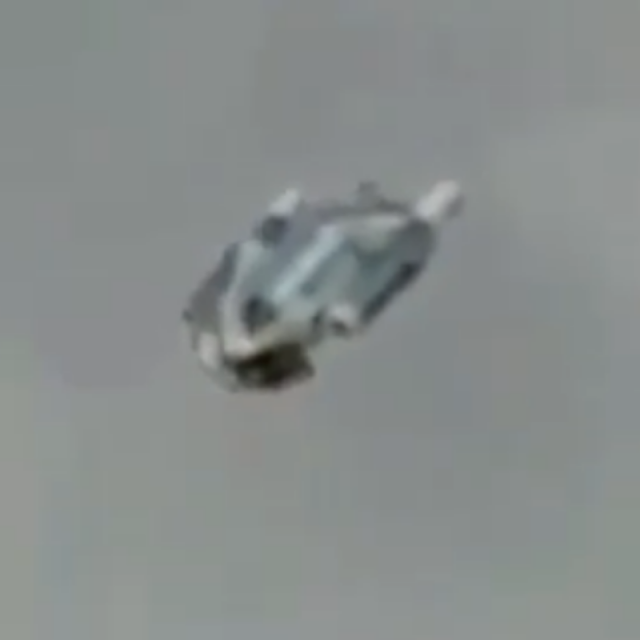 That is what I'm calling the back end of the Silver UFO and guys this is stranger than I first thought when looking at it from the side.


As far as UFOs go, this is visually one of the more stranger looking as you definitely have a unique look.

On the side, wow it looks similar to what I would say a bottle? But looks are deceiving as on it's other side it looks epic. 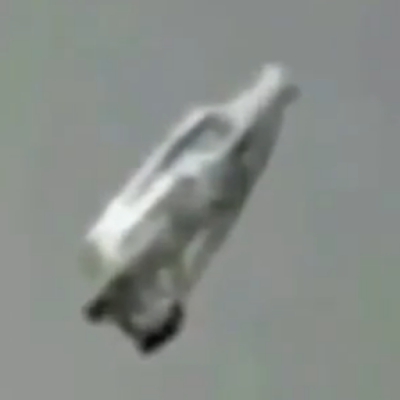 I mean the image above is spectacular and after seeing the back of it, it is not a bottle lol or a balloon come to think of it and definitely not a remote controlled miniature Jet.

It's not the typical Flying Saucer look or the Orb UFO look and that's what intrigued me?


It's got it's own vibe going on which is why I wanted to show this in a post. 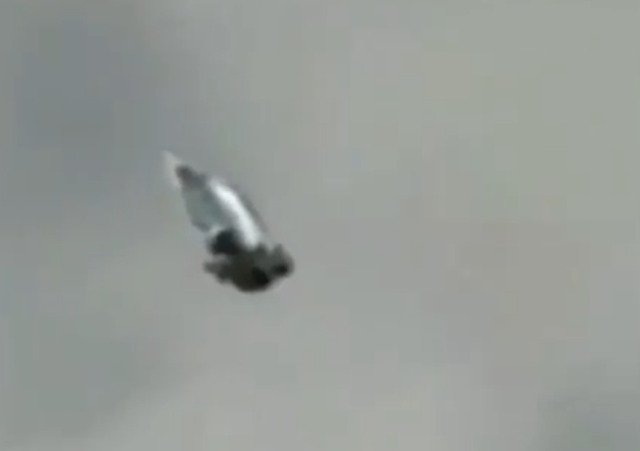 The features on this vehicle make it look like a meteorite with it's uneven lines and edges that aren't in line or parallel to one another like "I suppose we'd expect" to see on most other UFOs? 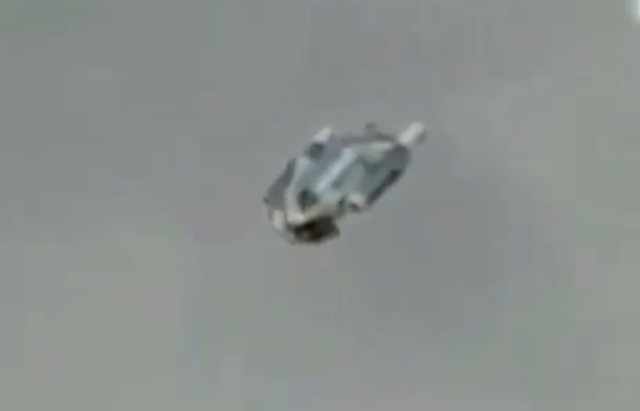 That's what I like about this, it's probably (if it's real) very functional as a UFO and instead of visually been stunning and correct, it's actually saving space, weight and other only needed necessities for the mission type of contents and materials?

I'm just trying to rationalise the shape of this object which is clearly there and it's very clear that it is not a balloon.

So who made it?

Is it Alien or is it man made?


I've covered what I think about that actually in the Instagram description! Here's the Silver UFO caught on video: