The International Space Station has just been the subject to a large formation of UFOs passing by the extraordinary space base. Live feed real UFOs.

I'm actually lost for words for the first time in history of my life while I'm watching this NASA UFO video that's showing a huge UFO fleet passing by the ISS.

All I can pretty much say right now is "wow."

It's probably so close to the International Space Station that the astronauts onboard the ISS can probably see these UFOs flying past the marvelous station? In fact, they could more than likely put their arms out the window and touch them going past quite slowly. 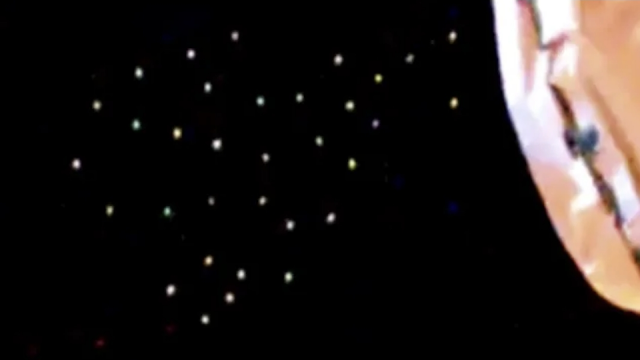 Why isn't this been talked about on the news Scott Waring has asked? And he's right, why isn't someone taking notice of the UFO world especially now that we've had UFO disclosure? Why isnt there a "Breaking News segment" interrupting every single TV show from here to Timbuktu?

See, this is why I'm not on the mainstream news in mainland 3D world or as some people like to call it, the "blind as a bat dimension." I'm not on the main news because... I'd literally be halfway through a sheep rustling or cattle rustling escapade bulletin and I would see this on my smartphone (because I wouldn't even be paying attention) and I'd stop what I'm doing totally interupt PC idiot, turn to face the camera and I'd say wtf is that? Have you seen this on YouTube with the UFOs passing by the ISS?

That's why I could never be on the mainstream news in lala land as I'd just call it out. The producer could literally go and lick some lollies. And in other news I'd say, tons of UFOs are passing by the International Space Station with unprecedented live video footage, Bob can we go live to the White House? A finger on my earpiece in classic pose. Then I'd say "so what, wake him up" get Biden up and ask him what's this - pointing down to my smartphone in the studio lol.

I'm just glad that I write my own research, I research my own topics and I believe that it's the way forward. Without this I don't know what I'd be doing? Ufology is for me, so important because it's something that is much, much bigger than anything else that we humans think is newsworthy. We're talking about life in space, crafts flying past the permanent space station. This does not happen every single day.

Here's the YouTube video which was uploaded to UFO Sighting's Daily:

Here's the epic link to the original NASA video on their own website:

There's a definite strange feeling about UFOs recently and it's because I am seeing a massive increase in UFO sighting's around the world. Please could you share this post with anyone else who might appreciate it, thanks. Also please leave your thought's and opinions on this, cheers.