Here's one of the best UFO sighting's that has ever been documented by one of the most reliable eye witnesses out there, a pilot. Cube shaped UFO.

This is what i call an impressive UFO sighting and I'll say about it right off the bat that this is not a helium balloon because at this height, the helium expands at the balloon would have popped.

There's a definite strange looking UFO here, that is a fact. Rewind to February 2020, onboard an Airbus A320. They're above Medellín, Antioquia, Colombia. Medellín is the capital of Colombia’s mountainous Antioquia province. Nicknamed the “City of Eternal Spring” for its temperate weather, it hosts a famous annual Flower Festival. It also has hosted a fantastic recent UFO sighting! 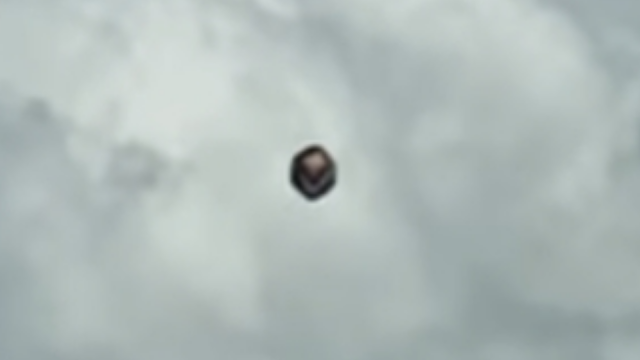 But that's definitely not what we're interested in, probably the only one's not bothered about the beautiful place? We're interested in the UFO soaring above this amazing place because the pilot on this plane is gonna be catching one of the best, most clear UFO videos that any pilot has ever caught on camera! It's history in the making for Ufology researchers and UFO fan's.

It's a UFO in it's true sense of the word, but what's not a fact is it's origin. Yeah it could be a real UFO or it could be a man made object of some unknown material? I'll explain in a second why this is most definitely not a helium balloon? The chances of seeing a UFO in this day and age are exceptionally strong because we've all had worldwide UFO disclosure in 2017. Everyone prior to these three UAP videos been released was saying:

The day I believe that UFOs are real is when the US Government stand's up on the White House lawn and announces it?

Well, it never happened like that, but the White House definitely approved the release of the three UAP videos (it was the Department of Defence) which showed fighter jet pilots having an otherworldly Extraterrestrial encounter with these Tic Tac shaped UFOs that literally exist in the infrared part of the spectrum. They could not be seen in normal vision, that's why the videos look like they're filmed in black and white, it's actually all filmed in Flir and every now and again the pilot's switch back to vision. When the pilot's switched to normal vision, these Tic Tac's disappeared! Spooky or what, Alien entities that live in the Infrared part of the spectrum, you do know they could be above your house right now and you wouldn't even know it...

What's the one thing I detest about UFOs? That would be the spotty nosed hoaxers! Wasting everyone's time and completely indifferent to the harm they're doing to Ufology. That's why I cant stand people who fake UFO sighting's with a view to deceiving people. 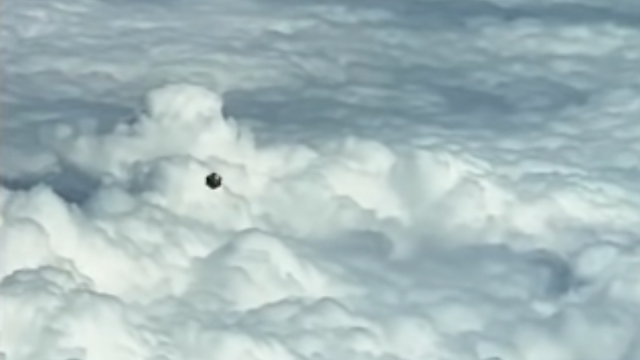 But that still doesn't deter the UFO hoaxers, it might have even given them a renewed sense of humor or something else entirely? Who knows how the freaks of the night operate because they are you know, they're an absolutely disgusting nuisance. Pest's that really need to get a life.

I'm pretty confident that what we're all seeing here is an Extraterrestrial craft, a type of aerial vehicle  created not by humans. The pilot sees that there's a definite real object coming towards their own aircraft and begins to film this square or cube looking, dark metallic UFO from the cockpit of his aeroplane.

The UFO sighting here's not unique, pilots encounter these strange aerial objects on a regular basis. Not all of these pilots however film these unusual objects and that's more than likely because of the stigma that goes along with filming a UFO. He's a pilot, he doesn't want to be that guy who saw and filmed, plus subsequently reported to head office that he saw a UFO! He could lose his job, but what would be worse than that would be losing the respect of his fellow colleagues!

Believe me, losing a job as a pilot is one thing but being an outcast, being a laughing stock is definitely a real possibility. It's happened in the past, some pilot's have sacrificed their entire pensions, friends, they've lost homes, their wives and their ultimate job working in the air industry. Seriously, I've read up on some harrowing and very sad stories about pilot's having lost everything and when it came to losing family members, it was enough to make a grown man cry.

Because now we know that UFOs are real, these pilot's sad fate could have been avoided...

That's when you know that these pilot's most certainly did see something else entirely likely Alien in origin. Because they don't lie, because they're people of integrity, they couldn't lie so lost it all even when some of them was told to just retract their story, put it down to stress, they couldn't. Their sensibility and their own sense of doing the right thing and as it's not a lie, all they could do was tell the truth, even to a fault.

A pilot finds out he's sharing the skies when he spots a strange cubed shaped UFO, in this clip from Season 2, "UFO WINDOW SEAT AND LOST UNDERWATER CITY."

At some point in the very near future, I'd like to research what happened subsequently to all those innocent pilot's out there who's lost their jobs, to find out what these airline companies are doing to restore the lives of the pilot's which through no fault of their ow, lost the lot! That's the true cost of the truth. For some people, UFOs made their lives a total miserable existence! Surely now that we've had full UFO disclosure, UAP disclosure - surely these guy's should have at the very least an apology?

Please don't hesitate to share this post with someone who would like it, I'd be stoked of you would leave me your thought's and opinions on wether you think this is a real UFO sighting or if you think is a man made object of the unknown kind, because nobody could possibly know for sure what it is just by looking from the cockpit of a aeroplane window, could they?