This huge massive UFO was filmed by an Air Force Jet pilot. This UFO flies behind the Jet fighter and it's flying at really fast speeds. Happened 09.

The best military Air Force UFO is this one because the pilot actually sees it, he spins his head round to get a better view of the UFO and it's all captured on camera which cannot be denied.

It's basically the best undeniable evidence that UFOs are at least trying to engage with the fighter Jet's, because if they wanted to they wouldn't be on the same continent let alone in the same post code as the fighter Jet, right? That's what I'm reading by this UFO video, that the Extraterrestrials can if they want to, they can get as close as they like and the Air Force Jets can't do anything about it. 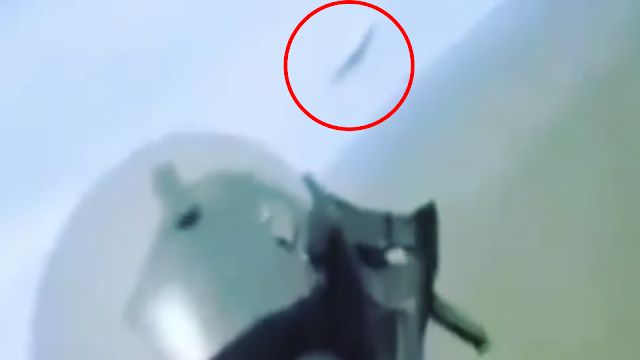 Credit: Military dot com/Wikipedia UFO Sighting's/Sighting's Footage/UFO News/Canva.
That's a literal understanding of what we are seeing but there's the other different scenarios like this is a Air Force practice run testing out skills and equipment against a drone which is remotely operated by another Air Force pilot in a shipping container like building on base. Then there's the other scenario, this is a real pilot video which has been highjacked by a UFO hoaxer (Grrr) I really don't take to well to those types of critters! If the video has for all intents and purposes been highjacked by low life and used to fake a UFO sighting by "officials" then that's inexcusable and deplorable behaviour.
Related post
Mothership's Parked Insde Saturn's Rings Photos Taken By Voyager
The implications are quite big to be fair and not only has this poor pilot's reputable been tarnished but also Ufology takes a knock and also if a similar event takes place then people will think that the person who faked this is behind that one also. We'll call him "Underpants Sniffer Exhibit A". So, evertime that I refer to any UFO sighting possibly been a fake and I put the acronym "USEA" next to it, you'll know what I mean 😉. Underpants Sniffer Exhibit A has been uptohis or her old tricks yet again. 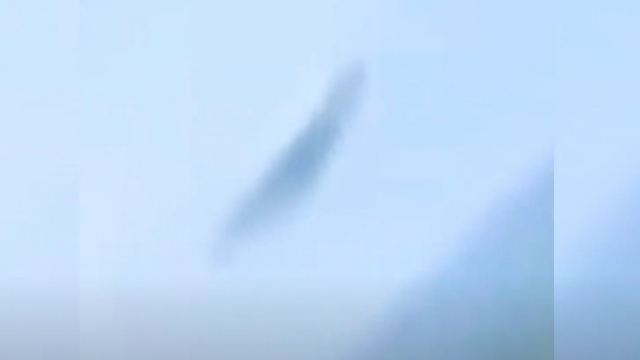 Credit: Military dot com/Wikipedia UFO Sighting's/Sighting's Footage/UFO News/Canva.
This UFO incident isn't a new one, it's actually a few year old but damn is it a good one. The pilot is caught jerking his head round because he's seen it out the corner of his left eye which is a fantastic thing to see because it dispels away with any doubts about the pilot knowing it was there! This was filmed in 2009 and has been a news article on Military dot com and they was asking the same thing, is this real and that it's crafty if it's a fake but if it is a fake then it's a good one.
Related post
The Most Detailed Silver Flying Saucer Over Hull England
So if Military dot com don't even know the truth all these many years later (over a decade later) then I honestly don't think they're ever going to figure it out, do you? I'll never say never but the likelihood of this been figured out within the first year has well and truly come and gone. Maybe it's just a case of the pilot in this UFO video hasn't seen this video at all as it's a Military Jet video and the cameras probably part of the actual jet so it's remotely recorded and stored elsewhere. There is a good argument there to say that the pilot's not even aware of this video, but he's aware of the UFO incident, maybe?
Here's the actual full YouTube video by UFO News:
Instagram Account @ufosightingsfootage full description from 2009:
——
Pilot is buzzed by a UFO that flies to his 6 o'clock and it is not slow, this thing is traveling at least 500 miles an hour? It is brilliant.
Please share your thought's and opinions also any ideas that you might have about this amazing UFO sighting filmed by a pilot right behind him in his Military Air Force Jet. Also I'd appreciate it if you could share this post with someone who you think would appreciate it, cheers.
Credit: Military dot com/Wikipedia UFO Sighting's/Sighting's Footage/UFO News/Canva.