This video by John Graaf sees 2 UFO Orbs actually pretending to be planes while they are spraying chemtrails into our atmosphere. This is very real.

I'm totally speechless and to be honest it's left me in disbelief after seeing these two gleaming UFO Orbs pretending to be planes leaving legitimate contrails, instead it's chemtrails. 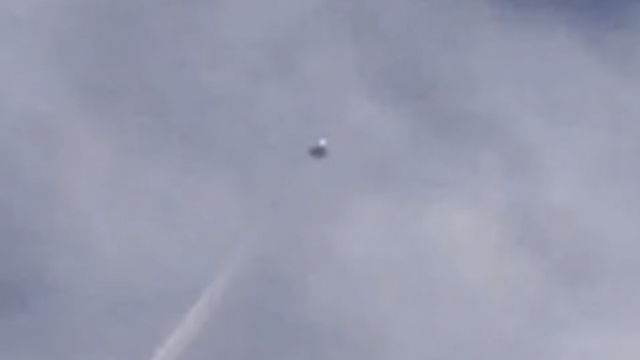 Above image doesn't have a filter, but the image below does and the chemicals being sprayed still look like they're coming from a UFO Orb and definitely not a plane. 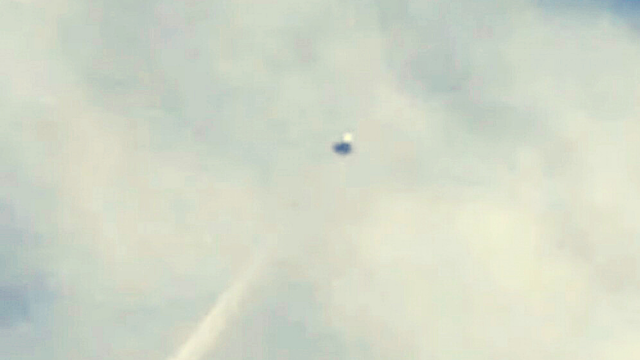 Credit: Wikipedia Chemtrails/John Graaf YouTube Video/UFO Sightings Footage/UFO News/Canva.
So why aren't they at least trying to impersonate a real type of plane with actual wing's on either side of the UFO craft? It just doesn't make sense at all and to boot it'sin broad daylight! Unless the people or the Alien's (even someone controlling them from elsewhere) is inside of the Orbs and they really believe that they are high enough where nobody can see them clearly?
"They probably think that anyone looking upwards won't be able to see anything" but we know better because John Graaf of YouTube always has a telescope pointing in the sky looking for airplanes emiting chemtrails, albeit my best guess is that people are supposed to look up and believe that they are seeing contrails.

Chemtrails are so devious, it's so dishonest and underhanded that any right minded, legally abiding person would instantly think it improbable, and that goes for just having the thought of it! But you see, therein lay the deception. Without this third person misconception it wouldn't work. They rely on you thinking it's impossible to pull off such a heinous thing.

For more Wikipedia information on chemtrails, just so you have a broader scale of the deception going on, from both sides of the argument I recommend you check it out here on Wikipedia. This is exactly what YouTube does now when it comes to unproven conspiracies, it links under their videos to relevant unbiased websites because people are allowed to create videos on conspiracies, and I think it's a good thing for people to have all the information on both sides, it's democracy in the flesh so to speak. A fair, unbiased opinion based on facts not opinions or anything else like that.
Related post
This is The Largest UFO Super Cluster Filmed At One Location In New Mexico
It's basically, fairness and the right to all relevant information from both sides of the story. Okay, I'm milking it because I hope the people who are involved with chemtrails would read this and think "you know what, why am I poisoning my own atmosphere"? Now hear me out here, maybe the only people who would have no problem with poisoning the Earth's atmosphere is Extraterrestrial entities! And that perfectly reasonable and sane argument is definitely backed up by what we're seeing here in this video. So, there you have it. A chemtrail is definitely being sprayed out of the back of this double UFO Orb pack. They're both side by side which planes do not fly side by side like that.
Related post
Actual Physical Proof That Extraterrestrial Exist With A Real Alien Skull
I understand that nobody is gonna bat an eyelid at seeing this charade because on the whole they both look like a normal everyday plane travelling in the sky. I totally get that, but if you have a telescope and just so happen to be looking up when they go past and you're zooming into these,  you'll soon see that they are "anything" but a couole of planes! They are in fact two Orbs of metallic or otherwise unknown materials in the shape of spheres. That description will do perfectly to describe this UFO encounter.
Here's the full YouTube video description:

Since the day I caught these two silver orbs spraying miles of substance....I knew there was more going on than we are told. What we are seeing may look, or be in the shape of planes, but something just is not right here. This was shot with a really crappy camera I had with me at the time...but you can plainly see..these are not aircraft we are familiar with...there are no wings...just round orbs emitting miles of substance. I think the deceptions run very deep. There is ONE big secret about all of this..that we are not being told. I want to know what is really going on.

This photo below looks very normal doesn't it, well in fact it's the 2 UFO Orbs pretending to be planes because when John Graaf zooms into these "planes" which is what he thought it was, he could actually see 2 UFOs instead! The UFOs are ball shaped or spherical shaped. In Ufology they are called Orbs. Unfortunately John Graaf hasn't publicly said where abouts this actual UFO Orb encounter had taken place, but I'm sure that it was for anonymous reasons even though he's given his name, he probably doesn't want people turning up unannounced etc? 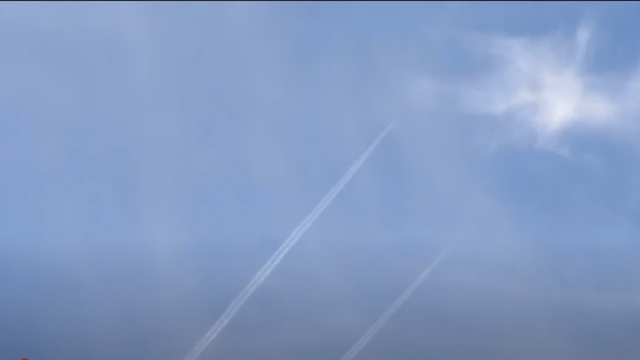 Credit: Wikipedia Chemtrails/John Graaf YouTube Video/UFO Sightings Footage/UFO News/Canva.
The person filming these marvellous entities is called John Graaf and he's doing such a good job because he's alway's filming planes leaving chemtrails. Documenting it is exactly what we need otherwise the argument that nothing is taking place would still exist, but that has been blown out the water! That's what he does, he films planes spraying the world with chemtrails and good on you John.
Here's the full YouTube video by John Graaf:
Please share your thought's and opinions also any ideas that you might have about this very sad chemtrails video, it's great that we've caught UFOs this time spraying us with chemicals but "why oh why" would this be going ahead. Please share this post with someone who you think would appreciate it, cheers.
Credit: Wikipedia Chemtrails/John Graaf YouTube Video/UFO Sightings Footage/UFO News/Canva.