An Alien skull was discovered by an unidentified person in Bulgaria and was given to experts to investigate. It was investigated and found to be it's.

What does it take for people to believe that Alien's exist and that's not a joke, that's a real question? Credit: UFO International Project/UFO Sighting's Footage/UFO News/Canva.
It takes a skull in the shape of nothing else on Earth, it's a skull that looks "probably" like what we humans would consider or even expect an Alien to look like. It would take a strange looking, a very bizarre and scary skull to convince half of the world's public but with the other half of the public, they would have to be told what to believe which we all know that would be this "Alien's don't exist" now go to work and continue paying taxes!
But would do such a heinous thing and manipulate the public's perception and beliefs...
Why it's the power's that be of course. The skull doesn't relate to anything else on this planet which is why it'shard to believe thatit'sa freak illness or disease which disfigured it's poor victim. Like the Elephant man with his disfigured bones actually selling on the open market because of how bizarre it looked. In fact this skull belong's to it's own class of being according to the expert's that evaluated it. Here's a really quick quote I found with the story:

“We couldn’t find any analogy or correlation with anything from the past 30 million years.”

That would make this an entirely different species and not a disfigured human being. These experts are the exact same kind of expert that one would find in the United States, in the UK and any other civilised country.
Here's another quick quote:

This intriguing find was discovered in the Rhodope Mountains in Bulgaria by a 38-year old local man from Plovdiv, a city located 90 miles (150 kilometres) southeast of the capital city of Sofia! Interestingly the man who discovered this mysterious skull has kept his identity hidden, and even more interesting is the fact that a rather strange ‘oval-shaped’ metal object was discovered next to the creepy looking skull.

The original source of my information has stated that this whole event actually did happen and the people in this story really did investigate what they called the Alien skull found in Bulgaria. Sometimes overlooked is the metal object found with the "Alien Skull" and what the heck has happened to it? I like this story but there's such a tiny amount of investigation been done that it would be considered at the beginning of a lengthy process probably involving many UFO expert's, eye witness accounts (if any) and tracking these witnesses down! Then there's the info about the skull been bought by the Rockefeller estate and then it gets even more blurred.
But what convinces me is the photographs, the original expert's opinion and the skull been an altogether different species. It's not a perfect trio of answers or facts but it's 3 different answers that I've collected so as far as this is concerned, I have enough to get me off the fence which is where I alway's start and I'm now in the believer camp. 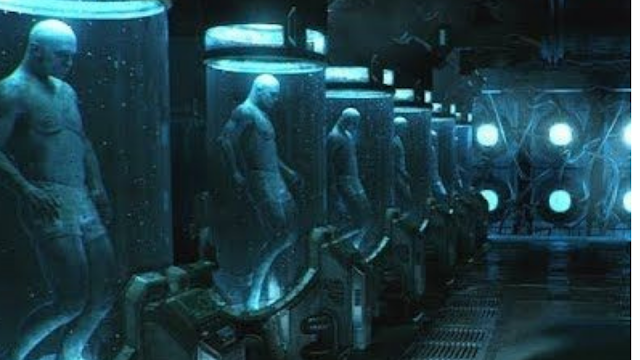 Credit: Google Search/UFO Sighting's Footage/UFO News/Canva.
There is the other opinion of Alien DNA manipulation or is it proof of ancient Alien being's splicing and putting together genes from different sources and creating new time-lines involving being's just like what this skull looks like? Well  it definitely came from somewhere and it definitely lived, for a time anyways. This is what we do know. It lived, it died and here's the skull. Everything else like the before, the during and the immediate afterwards is all speculation. 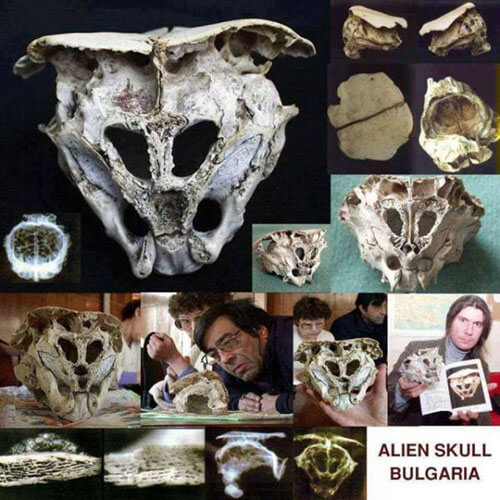 Credit: UFO International Project/UFO Sighting's Footage/UFO News/Canva/Google Search.
It's this metallic object found with the skull that is the total unknown. What was it, who has it now and what does it all mean?
Related post
Train Wheels Discovered on Mars ie Ancient Civilisation Definitely Existed
I can't stress enough to you just how important this discovery was but only for it to have now disappeared. C'mon did you really expect anything else to have happened to an Alien skull the likes of which could blow the lid off Extraterrestrial entities operating, living or at least "did exist" on Earth? Even knowing that Alien's used to live on Earth and that they looked so different from humans is enough to bring a lot of conspiracies surrounding Alien's, to be true. 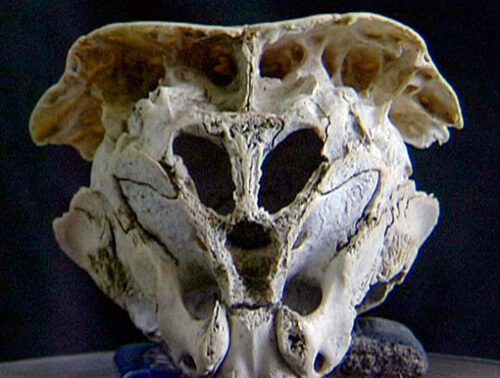 Credit: UFO International Project/UFO Sighting's Footage/UFO News/Canva.
Ancient technology for starters, who built the Pyramids, who invented tools, who invented the wheel etc. When we look at or just scratch the surface of this Genie in the bottle, we start to get a sense of what these powers that be are trying to either protect or cover up? How do you see it, are they covering up history, covering up the truth with lies or are they protecting the fragile minds of humanity? Would it shatter the myth, would it cause outrage, or would people see it as a way to investigate humanity?
Now that we have superb technology and dating procedures with analytical knowledge, skills beyond compare that can give us the answers near on immediately, which people might not want to know but, "the truth is the truth" no matter what!
If this is an Alien skull then so be it. Why hold it back, why do the people with all the power keep an incredibly cold hearted grip on the Extraterrestrial knowledge? Is it so bad, is it soul destroying and what do they think would happen if everyone.
Quote:

Yes this story could have been exaggerated, however after we did some digging we can confirm that the scientists/researchers mentioned in this post did investigate this odd skull, which in itself proves that this is a very true story!  There is a very good chance that we are dealing with a real cranium of an alien being, or the remains of a undiscovered or now extinct species on the planet. This discovery could be one of the biggest pieces of evidence out there, confirming that we are not alone in the Universe and that we have been visited for a very long time.

When I read this Alien skull story I didn't think that it was going to be as interesting as it's turned out to be. I had an idea that it might be but not as good as this. It's got no mouth for Heaven's sake if that's not an Alien marker then I don't know what is? It lived, yet no mouth, it grew bone, but no mouth.
Here's the full YouTube video that I have come across, there's others but I prefer this one:
Credit: Ufovni2012 YouTube video.
It was aged but yet no mouth and where did the minerals come from to create this skull? That's Alien all unto itself, the seemingly unanswerable question yet there must be an answer because it existed and we have proof it existed. 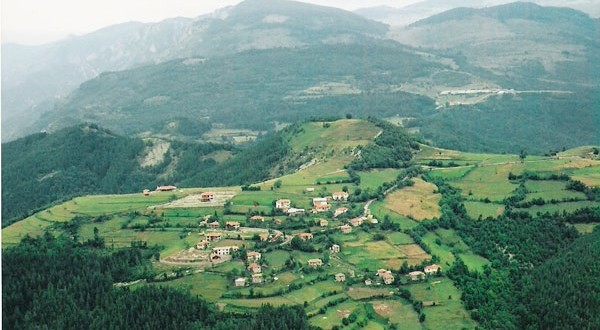 If you know anyone who would appreciate this post, please consider sharing it, thanks. Also please share your thoughts and opinions on what you believe, cheers.
Credit: UFO International Project/UFO Sighting's Footage/UFO News/Canva.