Edgar Mitchell was the sixth man to walk on the Moon, he says Aliens are here to bring peace and stop us from killing each other. Aliens are real.

It's not even any stretch of the imagination to understand that this is more than likely true, based on the fact that just the US has enough nukes to destroy reality itself!

Aliens are on Earth to help stop humanity from killing itself or wiping each other off the planet ie the Extraterrestrials are here solely to prevent the USA and Russia damning the Earth to oblivuon. Why did they let the 1st world war and the 2nd world war happen then...
So, when this renowed expert and recipient of the Presidential Medal of Freedom told the world that Aliens exist and they're here on Earth right now and he'sgot proof, nobody believed him! But he's a recipient of The medal of freedom by the US President which means pretty much what it says on the tin, he's got the freedom even though it's his right anyway's lol. We all know that freedom of speech is a myth, a lie and a well documented fib that's just there as a kind of lie to keep us in check. Even though it doesn't which is ironic. 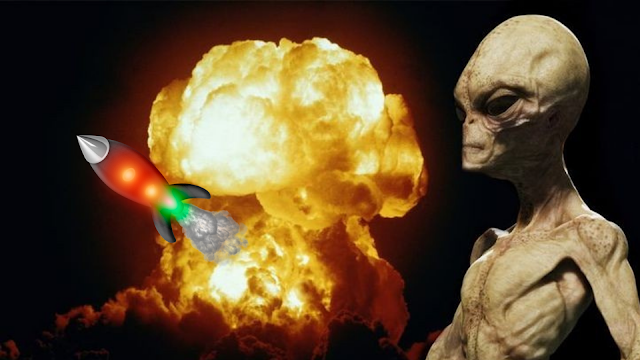 Credit: Edgar Mitchell/Mirror/NASA/UFO Sightings Footage/UFO News/Canva.
The sixth man to walk on the Moon Edgar Mitchell even became a bona-fide Ufologist so, to say his credentials are not good is wrong, they're impeccable and his statements will never be beaten because he's been to another planet! His credibility is an understatement to the term overqualified! And if you don't want to believe him, well that's just denial in my view. He stood on the Moon, just look up at the Moon right now if you can and imagine what it's like?
Edgar Mitchell's been there, he's stood on the Moon!
If you believe that man has not been there, well that's entirely up to you but he stood on it and that's mind blowing. Alien's coming to Earth to warn us and prevent us if necessary from complete annihilation makes sense when you read statements obtained by Edgar Mitchell from missile operator's that Alien craft's were seen over these silos when the full command centre went offline at crucial or critical times. Radar often backs up these claims. He (Edgar) would never reveal his sources though, which is frustrating but understandable because the clandestine services have been known to make people disappear which is no lie. Like Men in Black but on steroids.
I believe him because he was an Insider he was inside the den of the most crooked agency on Earth and he's spilling all. It's nothing to do with reinforcing what I already believe lol. If Aliens have been on Earth So that they can stop us from killing each other then we must ask the question "why"?
Seriously, why not just let us destroy each other?
Do the Extraterrestrials really just believe in peace and our wellbeing? Because I always have this saying that we should beware of strangers baring gifts... because they alway's want something in return and also "nothing free, comes free". Call me old fashioned or paranoid but what's in if for them? I don't think that he ever really elaborated on this much.
Related post
UFO Light's In A Row Over The US
Just the fact that humanity is 5 thousand years old with technology although extremely primitive and even now, a Goodyear tyre can be classed as state of the art or even a new type of vacuum cleaner lol can literally be classed as state of the art. Extraterrestrial entities are more than likely thousands of years ahead of us. Their technology is probably so advanced that they've discovered totally different inventions, chemicals, metals and minerals including biocomputers and what looks like futuristic technology to us. 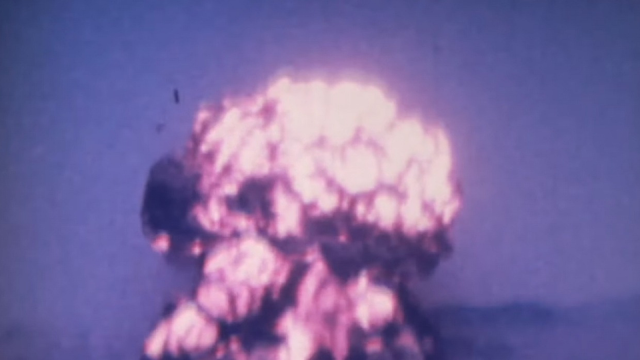 Credit: Google Search/UFO Sightings Footage/UFO News/Canva.
What is in the UAPs and the reason why they briefly submerged themselves when they was being followed by humans in the Air Force Jets? You do know they could only be seen in Flir don't you? When the pilot's turned off the Flir (Forward Looking Infrared) the UAPs disappeared completely until they turned them back on and that's the reason why all of the UAP videos were in black and white. It certainly wasn't because of rubbish technology or that the Air Force said about the 1960's looking TV screens "if it ain't broke, don't fix it". Believe me the United States Air Force can afford state of the art tv's.
Edgar Mitchell subscribed to the Day The Earth Stood Still theory that Aliens had come to Earth to warn us about the path were headed on and to stop us from annihilation by ourselves. They didn't come to kill us neither, he also really only had second hand information about Alien crafts, secret technology, underground bases and most of it came from sources we can't verify because he refused to reveal his sources. 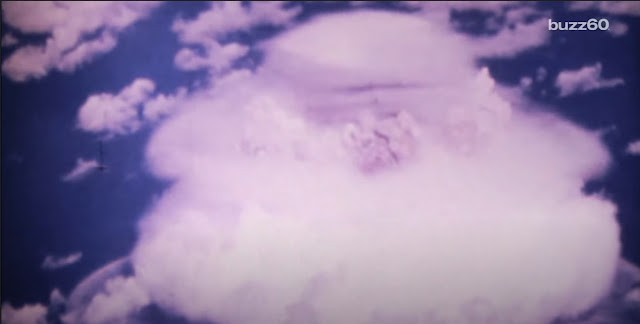 Credit: Edgar Mitchell/Mirror/NASA/UFO Sightings Footage/UFO News/Canva/Wikipedia.
But he was allowed access (before becoming a Ufologist) to top secret, privileged information and information from any and all secret space missions because of his status of not only being an astronaut but also because he stood on the Moon. Apollo 14 was Edgar Mitchell's shining moment and the guy actually did an awesome job. Some people do believe though that something happened to him and this is why he subset started to believe in Aliens and UFOs. It's understandable because everything he did was scrutinised to the decimal point!

Salt could be the primary energy source just like it is in lithium ion batteries. Lithium is salt!

Edgar Mitchell, sixth man to walk on the surface of the Moon:

"I have spoken to many Air Force officers who worked at these silos during the Cold War," he continued.
"They told me UFOs were frequently seen overhead and often disabled their missiles.

"Other officers from bases on the Pacific coast told me their [test] missiles were frequently shot down by alien spacecraft. "There was a lot of activity in those days."

What's your thought's on this astronauts Ufology work and what's your thought's on Extraterrestrial entities been here on Earth to help us? Call me skeptical but I'd have appreciated the sources being credited so that we can figure it out once and for all.
Here's a short B60 YouTube video that pretty much sums it up perfectly:
Please share your thought's and opinions also any ideas that you might have about why Extraterrestrials are here and why don't they just let us get on with it, what's in if for them is what I say.
Check this article on Edgar Mitchell and his beliefs.
Credit: B60 YouTube/Edgar Edgar Mitchell/Mirror/NASA/UFO Sightings Footage/UFO News/Canva/Wikipedia.