A guy is sitting in his garden chilling out and a silver UFO and very clear, just flies overhead. He decides to photograph it and why it's so clear.

Here's an absolute stunning UFO, the clearest UFO which was photographed over London by the eye witness that was just chilling in his garden.

It looks like a Flying Saucer type of metallic Disk, what do you think... 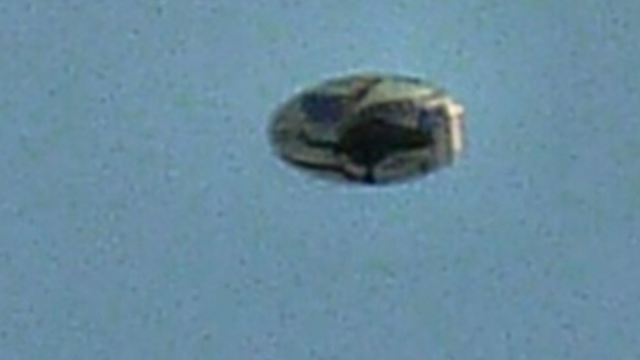 Credit: UFO Casebook/Texas UFO Sighting's/UFO Sightings Footage/UFO News/Canva.
It's an absolute "belter" of a UFO sighting as they say in England! Belter, meaning "spectacular" so if you hear this being said in this way, it pretty much means that whatever us being referred to means that it's brilliant or the best. The Flying Saucer type Disk was photographed by a local Londoner that lives right near to the Heathrow runway in London and he's actually created a YouTube video about it. He must of really felt compelled to report the UFO incident which isn't unusual at all.
But what is very unusual for any UFO sighting is the eye witness independently creating a UFO video themselves from the actual UFO photo's that they have taken, it's very unusual. UFO Casebook has picked it up. Anyway, I've added the full YouTube video that he's put together with the compelling description, which I'll add just underneath this video, below. 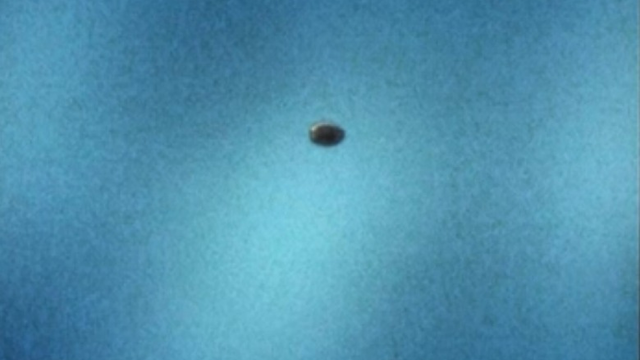 London, England - 07-02-17 - It was a hot summers day, and I was sitting in the garden, outside my building, when I noticed something shiny in the sky, I knew it was not type of airplane, because I live under the flight path to two airport, Gatwick to the South and Heathrow heading to the North.
I always take my camera and binoculars outside day or night. I took out my camera(old TZ8) and zoomed in and started taking pics, I managed to get about 5/6 pic, when I looked at them, I was so so shocked at what I was looking at, I decided, I was not staying out side anymore. I had/ have a Instagram page (its not in my real name), and later that evening I uploaded the pictures and told my followers, that I saw a UFO that evening.
The UFO disappeared into the clouds and that was the last I saw of that one. The next day I went back into my garden to do some reading when I noticed, something red in the sky. I took my camera out of my bag and started taking pics; I only managed to get one pic of this UFO, because it was moving so fast After seeing this UFO, I packed up and went inside, because I was getting scared. Since then, its been hell. I now have UFOs, coming over me and my building, every time I go outside to stargaze. I have pics and videos to prove what I'm saying is true, I also have witnesses who have seen UFO come and stop over me.

*****
It's actually quite a compelling UFO case and as soon as I find this guy's Instagram page I'll share it if it's public and not private? Because if it's private then there's no point in sharing it as you won't be able to see anything. He's right you know guy's, it can be scary especially if you start to think and then believe that these UFOs are deliberately stopping over your house because you now believe that they've taken notice of what your filming? Think about that then the next time you start to film a random UFO in the sky, especially from your own home, lol. They just might take a dislike or take an interest in you... But that highly unlikely and highly improbable as I think that this was a one off rare case.
Having evidence of a personal UFO incident is probably the best type of UFO incident as we've got heading, place, shape, colour and most importantly we've got a statement from the main eye witness filming the UFO about how it made him feel which again is highly unusual as we don't get a feelings check with UFO reports, go ahead and look up MUFON, there's no feeling's check box on a scale of 1 being happy all the way up to 10, being scared and worried.
The eye witness has reported it as I'm quoting UFO Casebook from YouTube. There's many places to report a UFO sighting to.
Please share your thought's and opinions also any ideas that you might have about this London City UFO sighting. There's that many UFOs flying above major cities everyday, I'm sure there's more to come and you never know, you might be the next person who film's or photograph's the next amazing UFO sighting...
Cheers for stopping by and checking out this awesome UFO video.
Credit: UFO Casebook/Texas UFO Sighting's/UFO Sightings Footage/UFO News/Canva.