Phu Quoc island in Vietnam is a UFO event legend. In 2008 a UFO fell from the sky and the evidence was gathered up and paraded in front the news.

A UFO fall's from the sky in Vietnam and the locals call the local police, subsequently the police then calls the Air Force which parades the evidence in front of the news.

There's many incidents that happen around the world but hardly any involving the local police, the Air Force and the locals plus tangible evidence like this? Then the rarity gets even greater because the Vietnamese Air Force goes on state media and "states" that they've recovered the wreckage and debris of a UFO and they show it on camera - only for them to retract it the very next day. I know of only one other incident and that was Roswell in 1947. That's how under reported this UFO encounter has been!
The thing is, it can't be a plane because there's never been a report of a missing plane! Just remember this. Lee Lewis UFO Sightings Footage.
It got no favours at all from the local Sherif by the way. The UFO exploded in the sky and then the police gathered up the shrapnel and debris in cahoots with the Air Force, that's not what's in question here as they've proved it by showing us the evidence believe it or not. The locals had already gathered up most of the debris, if not the whole brunt of the work in the beginning.  After all it was the locals who initially found the craft/UFO/swamp gas wreckage and the police then puts out a news bulletin with State Media that a UFO exploded in the air and subsequently fell from the sky. It's what happened next that the already strange story takes it's most bizarre turn.
Sound's pretty straight forward right, nope! Because the very next day after getting over their obvious hangover right, they (the police) retracted the statement in it's entirety. Seriously, I know it's 2008 when it happened and once it's out, it's out - there's literally no way of putting the Cat back in the bag! It's hard to fully believe but this is 100% real. Probably the police was told to retract the statement by the power's that be? That's an entirely different story altogether though. I personally believe that we're looking at reverse engineered aerial vehicles. 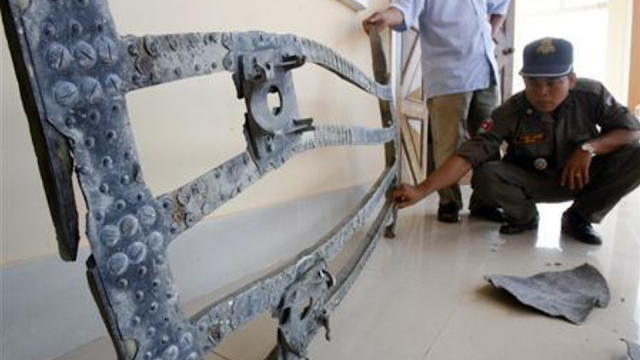 A Cambodian policeman examines a piece of metal from an unidentified flying object found by fishermen southwest of Kampot province near the Cambodia-Vietnam border, 91 miles west of Phnom Penh, May 29, 2008.
Credit: REUTERS/CHOR SOKUNTHEA.
There is however lot's of UFO evidence to back up what the police called initially a UFO. I can tell that cover ups don't come naturally to these very naive police officers because they released tangible evidence at the exact same "first time" news conference to the media. If it was the western world police it would have been done (if at all) in stages so that one doesn't make the other look like a lie if they was told to retract it. Considering that the western world police get permission first from central Government to go on TV, this would never had seen the day of light anyway!
Related post
What is This UFO in Budva, Montenegro it Looks So Unusual - Hmmm!
Just read this piece next and you'll read something very rarely said if at all. It's a quote of Reuters who are quoting Vietnam State Media of which they are quoting the Vietnamese Air Force! Lot's of quotations and lot's of whispers. Vietnamese state media quoting the Vietnamese Air Force, it's actually straight forward.
Quote from Reuters 2008:

An unidentified flying object exploded in mid-air over a southern Vietnamese island, state media said Wednesday, a day after Cambodia's air force retracted a report of a mysterious plane crash.
The Vietnam News Agency said residents of Phu Quoc island, 10 km (6 miles) off the coast of the Cambodian province of Kampot, found shards of grey metal, including one 1.5 meters (1.5 yards) long.
"The explosion happened at about 8 km (5 miles) above the ground, and perhaps it was a plane, but authorities could not identify whether it was a civil or military aircraft," VNA said in a report headlined "UFO explodes over Phu Quoc Island."

I'm writing about this UFO encounter debris recovery because it's real, it's tangible and it's backed up by, let's just say a full Island village of people. Pretty much at least a full police station as in the photo we can see a captain of the local police station so if he's "on it" the full police station knows about it. That's not to mention the news Agency covering this which just so happens to be probably the most respected news media outlet Reuters. When news outlets around the world want confirmation of an event or to vlarify an event happened or who knows what, it's Reuters that gets the call.
So, what evidence is there; we've got tangible evidence actually in the hand of the policeman (in the above photo). And we've even got locals and news media journalists all touched this grey metallic plate: 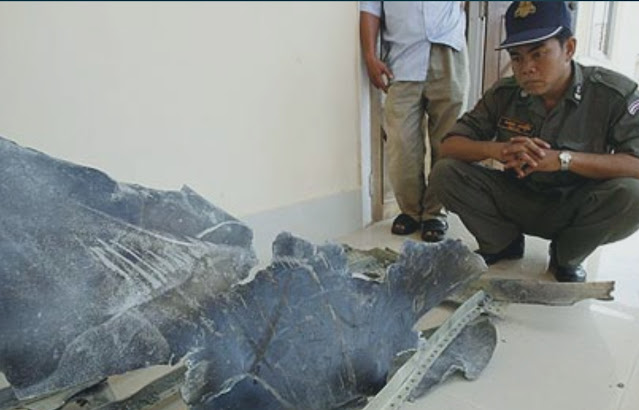 Reuters Quote of the century:

"The explosion happened at about 8 km (5 miles) above the ground, and perhaps it was a plane, but authorities could not identify whether it was a civil or military aircraft," VNA said in a report headlined "UFO explodes over Phu Quoc Island."

The above quote really has a deeper understanding if your willing to look into what it actually implies and what it must mean? State media and the Air Force of Vietnam is giving all these "to specific" details. Perhaps it's a plane, perhaps it's civilian? It was 8km or 5 miles above the ground when it exploded. That's only information you can get from tracking a plane or tracking an object with radar or otherwise.
Maybe we'll never know? I've put enough in this post for you guy's to get your own investigation going. The pieces are definitely there, where it takes you "who knows"? But as far as I'm concerned there's a massive abundance of contradicting evidence and equal amounts of tangible evidence. What the heck has happened to the evidence and where is it now? Why did the police and Air Force retract their initial state media statements? What happened to the locals and what if any, become of the Aor Force investigation and the local police investigation...
Here's the full Vietnam News Agency state media YouTube video:
Please share your thought's and opinions also any ideas that you might have about this really strange and truly intriguing discovery of the exploding UFO over the Vietnamese Island of Phu Quoc. 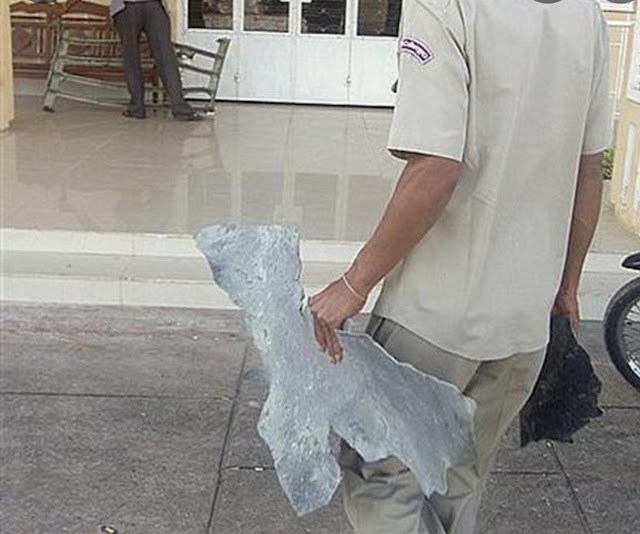 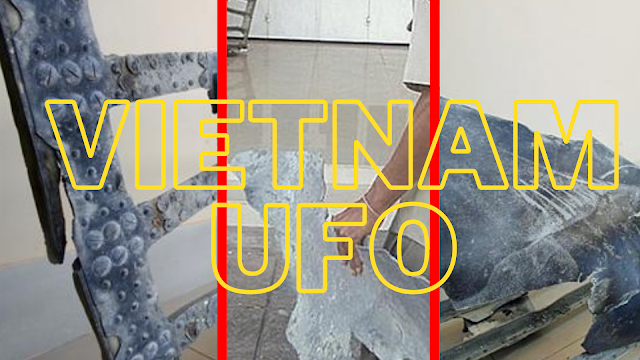