What is This UFO in Budva, Montenegro it Looks So Unusual - Hmmm!

After watching this amazing UFO video I was happy with it. I thought it was real until I zoomed in and realised that it was a Rc model car. Gutted.

There's an unusual looking UFO lurking in full view and it's in full daylight in a place called Budva in Montenegro on the 1st October 2019, which by the way is in the deepest darkest part of Europe!

Personally, I've never seen such a bizarre looking UFO which it really is! I was thinking that this was real at the beginning of seeing this brilliant display, but after more thinking, more grounded thoughts and ideas that just don't fit, I've done a complete turn around on this. I'm going to explain what I now believe this is... 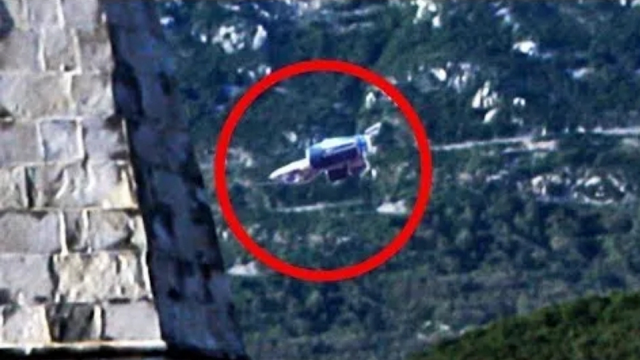 The image above looks like a model car with RC airplane engines on either side. I couldn't actually see it fully until I zoomed in and sharpened the focus. I'm gutted because I really did think we had something here, please read on.

From what I have learnt over the last decade, if I was to look at the patterns and probability part of the lessons learnt then this doesn't fit in with it been an Alien craft. What I mean by that is this:

As you can see in the image below, the UFO really does look interesting, until I zoomed into the UFO I actually thought awesome, this is what I'm talking about. And then it dawned on me, it's a remotely controlled car model with model engine's strapped to it's sides. Gutted or what. 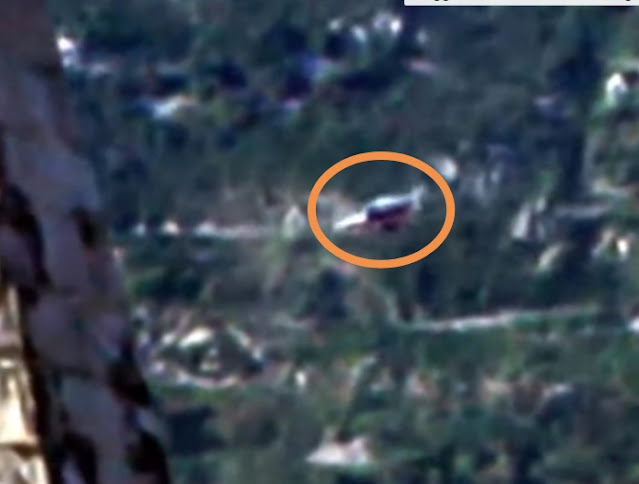 The amount of supposedly Alien UFOs that I've thought was Extraterrestrial looking during the daytime and flying over urban areas, versus the man made looking crafts that has all been seen during the day, the man made crafts come out on top and more than likely will do for the foreseeable future?

That means, by probability alone, this isn't a UFO.

Looking at the stats, by the way - the colour blue on UFOs most certainly has never come up before! That's totally new, also I've not seen a UFO that reminds me of a man made car with plane engine's strapped to it's sides, have you?

Here's my own view of this deep and dark European UFO:

I'm going to say that this is a drone with a mixed mash of random things stuck to it? The only thing that fit's all these particular characters of what we see is RC (Remote Control) Jets and Aircraft parts? Scaled-down model aircraft with real scaled-down Jet engines using real fuel and combustion engine's exist. It's a very specialist hobby, but it's also perfect for these model part's to be reconfigured with a heat gun, a sad desire to laugh at UFO believer's and a cold, cold heart someone could be hoaxing this very video?

After looking at the UFO in the video, the colour blue of the side panels etc is what nudged my certainty over the edge and that's why I believe it's fake. I really believe that this is a model car with two model Jet engines connected to it's sides and somebody is flying it.

Now that I've wrote this, have a close look at it, you'll see what I've said. If it's true, if my opinion is correct (based on the evidence and the colour blue of the model Jet engines) then what we have here is a fake UFO video.

I'm still open to other ideas though and if other videos from another direction for instance comes to light then I'll take another look at my ideas but until then, as far as I'm concerned this is a fake UFO video and that saddens me. Oh well, onto the next one I suppose because I'm optimistic.

Please don't forget to leave your comments and opinions on what you think about this UFO video? I'd also appreciate it if you could share this post to bring awareness to the fact that people are out there actively hoaxing UFO videos, cheers.