The Strangest Incident Happened Over Berlin, Germany on June 1st 2021

This is one of the strangest thing's you'll probably ever see. It's Morse code in the sky above Berlin in Germany. It's the same as 2012 Morse code.

As far as I can tell, this UFO Morse code video is definitely real and it's legit.

The actual content on the other hand is a tad different to say the least. 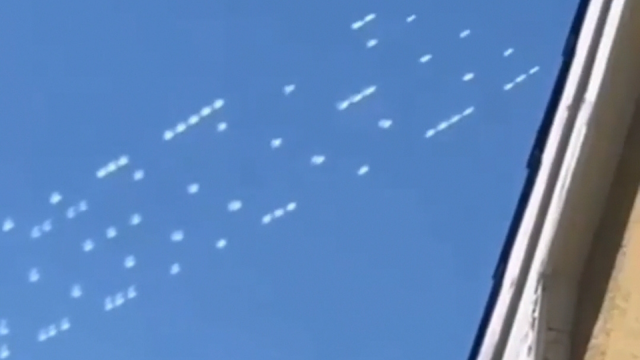 It looks just like Morse code, I think it's not possible to do with human resources or human aircrafts and anyway people generally use telephones but if this is Extraterrestrial then who knows what can be done? I wonder if people know this and that's why they're faking it, just because it's plausible?

Rectangular UFO Parked up In The Sky During The Daytime

I honestly can't find anything wrong with it though and that's got to be the most "unusual" part of the video? I've looked at this from every which way possible, every angle and I've had it through filters to separate any tell tale signs of layered stacking or building up of animation on to a video.

I just can't find any suspicious layers with tell tale signs of uneven corners in mid air. The colours should be uneven if there's tampering going on, but there's no layering going on. If layers have been built up there'd be corners (seen with filters) or uneven trimming round the objects in the video?

But there's none that I can see and I've even brought out the big guns! Near the end of the video the rooftop stays perfectly clear and in focus but the UFOs themselves (Morse code) are blurring. The big gun's allows me to see if there's been any merging of two videos or three - and a rooftop is the perfect place to cut the videos into another video. But even this looks okay as it's just a newer smartphone with viewer stability and a better quality video as it always tries to keep the main object in focus.

So, after all this I have an idea of what we see here. I believe it's either an app feature that stacks different features on top of each other actually as one video without shadows on corners etc.

Or it's a satellite program from 2012 that's creating more Morse code again because believe it or not, in 2012 Satellites were sent into space and they was creating Morse code visible to the naked eye! Check out this post here.

The tell tale signs are that nothing can create Morse code oh, and also common sense! Video editing apps are amazing now, but what's better than an amazing app is a person that creates the high end extremely unbelievable quality apps.

That's exactly what I believe is going on here, also I've looked it up and there's satellites out there from 2012 which actually did write Morse code in the sky but they actually used light's and at night! Unless someone is recreating this then I don't know what to think?

Can you believe it that 9 years ago people were writing Morse code in the sky but this 1st of June, 2021 video showing Morse code is totally different to that. 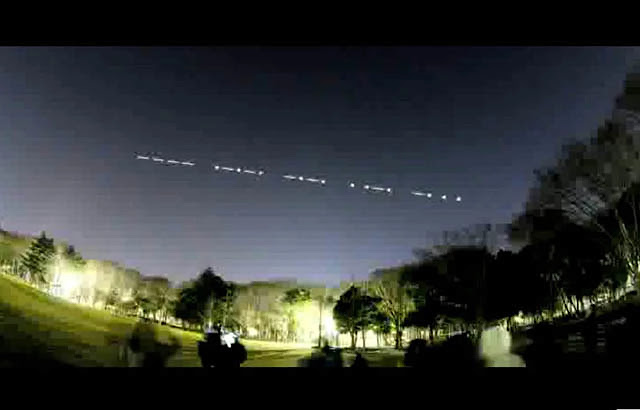 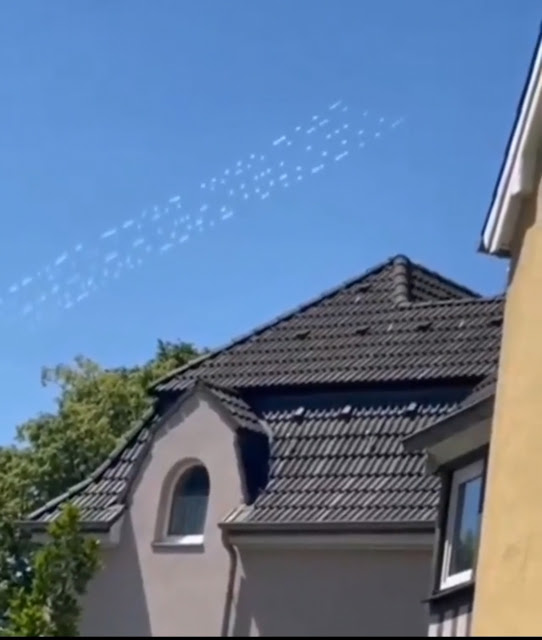 If it's a UFO that's responsible:

I'm calling the individual dot's and dashes individual UFOs but in all honesty, they could be smoke released by just a few UFO Orbs which would be acting like a printer by leaving a trail of smoke at a spacific speed which will create the spaces and dependent on the amount of smoke released it will be a dot or a dash?

Berlin isn't known for UFOs at all especially known to Americans or British people. It's most certainly not known for Morse code UFO messages! Berlin in Germany hasn't got a reputation for UFOs but I'm sure it happens? If you've seen this kind of UFO incident or event then please let me know what happened and if you've got footage I'd like to see it.

This strange phenomenon in the sky was recorded on June 1st, 2021 in Berlin, Germany. 🇩🇪

The witness who recorded this video told us that the "figure" in the sky looked like a Morse code.

I'm going to show you this other video from YouTube that was posted on the News Atlas website from 2012:

Here's the Jan - PEØSAT YouTube video of the FITSAT-1 satellite scheduled to write Morse code in the sky:

Please share your thoughts on this really bizarre video, it's a strange one but at least there's a possibility that we've worked out what it is? Please share this post also, I'd appreciate it, cheers.