The Black Triangle craft is called the Black Mantra and it's got to be called a UFO because to this day it's not been declassified. It's a real UFO.

It's a great piece of video footage because this Black Mantra type Triangle-Shaped spy plane doesn't often get caught on camera and disappoint at all.

It's classed as a UFO because it's not disclosed by any Government's let alone the US Government even to this day. 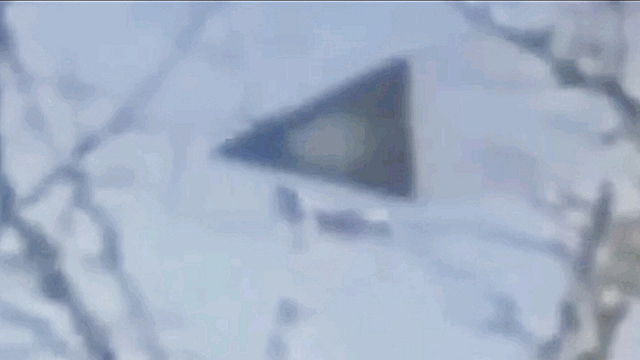 Credit: Ben Lovegrove YouTube Video/UFO Sightings Footage/UFO News/Canva/Wikipedia.
We've got to refer to it as a UFO then, right? It is exactly what it is even though we know it was created at Northrup Grumman and it's called the TR3 Black Mantra, thank God for leaks and whistle-blowers. If nobody owns up to it, accepts it as such and such then it's officially a UFO? It's propulsion system could be located right in the central part of this Black triangle especially on later models because in the last decade alone we've seen unbelievable technology reach consumers which had origins in the top secret military world.
Check this out
If unimaginable and unbelievable advanced aerodynamic flying vehicles and state of the art materials are reaching the mass public right now, then we need to take that as the vast military machine with it's core center (just like this Black Triangle craft as an example) has moved on and they've moved on big time! To even more exotic things, planet colonising and underground bases...
It somehow feels like I'm stating old news, like I'm decades behind saying that. There's no question that humans are off world and on different planet's. The public timeline is very different to the top secret timeline where everything goes at breakneck speed due in part to advanced technologies which make it all as easy as 1.2.3 and that's no lie.
Even UAPs with their invisible cloaking devices and sophisticated steering systems and propulsion systems straight out of a sci-fi film - have all been reverse engineered and created resulting in declassified and disclosed to the public. See what some people are forgetting is that by showing us them videos they're telling us that crafts exist that we can't see with the naked eye. They've just told us that technology exists now that has properties which give crafts the ability to accelerate to whatever speed and that these crafts don't slow down when they enter the water. And the biggest admission is that they don't know what they are, but they've ruled out other countries advanced weapons or aircraft's. 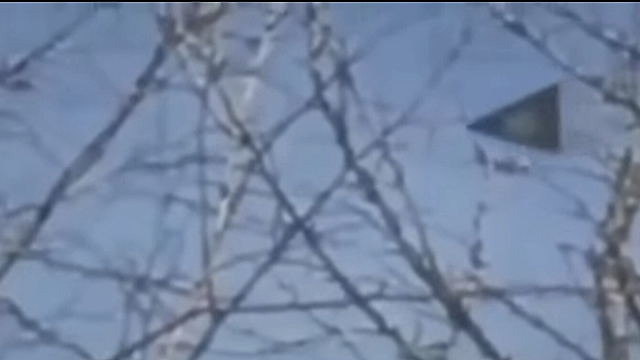 Credit: OvnisVideos/Ben Lovegrove YouTube Video/UFO Sightings Footage/UFO News/Canva/Wikipedia.
So who the hells are they? There's only one answer to that and that's Extraterrestrial entities are operating on Earth and they have technologies that Bob Lazar was claiming in 1989. That tells me that the US Government has known for decades and decades. Ignore them when they deny it because they lied before when they said A. They wasn't investigating UFOs and they had no evidence of Extraterrestrials. They released these 3 UAP videos and just want us to forget all their lies and cover ups.

Technology is at the stage of phenomenon. It's at a point where we no longer know what's real and what's not? If craft's can and have been in our atmosphere undetected up to absorbs and can only be seen through Flir then omg there could be one outside the window right now. It's just downright freaky.

Disclosure of the UAP videos was done so by the Navy. The vast military and Government top secret departments had fought this all the way because they know about the context, the implications and the next steps. People will demand answers at the highest levels.
The closest you'll get to Wikipedia and triangle crafts is this. X-47A Pegasus.
Of course it was all done through the US Navy on behalf of the DoD (Department of Defense) which was publicly done. But there's wild inner chambers of advanced weapons resesrch, stealth research, aerodynamics research, gravity defying crafts research, secret materials research and new elements research!

Yes we have examples of all of the above so please don't kid yourself into thinking that all what I've just wrote is a pipe dream!

Technology advancement doesn't sleep, it advances in double quick time every 2 years I believe is the standard model of knowing how fast technological capabilities are measured? It's something like that where the computing power is doubled and the new, like "brand new technologies" come about. I'm not talking about the rearrangement of existing parts or materials to build a new spaceship. I'm talking about creating a brand new, it's like has never existed before but now it does type of technology. That's flipping mind blowing but we do know from certain whistle-blowers that this is going on through Human and Extraterrestrial technology trades.
I'm pretty sure that I heard a collective laugh then but it's definitely going on, if you don't like Bob Lazar I'll understand, if you don't like him but respect what he did I'll understand that even. But if you don't like him and disregard everything that he says, we'll then your limiting your knowledge. He "proved" beyond a shadow of a doubt that the US Government was working on anti-matter reactors, new elements not on the elements table chart and that, that was proven when what he said all came to pass with elements he called element 115 ununpentium later named Moscovium.
Related post
Blonde Haired And Green Eyed Woman Claims To Be An Alien Hybrid
Creating brand new technologies that didn't exist anywhere or as anything one day and the very next day it existed was because of mankind's trade deal with Extraterrestrial. Humans reverse engineered Alien technology and in doing so we created a plethora of brand new technologies. Antigravity was a direct result of creating ununpentium or Moscovium element number 115 or E115.
He further said that the propulsion system relied on a stable isotope of E115, (first synthesized in 2003 no less but Bob was talking about it in 1989 on the record) which allegedly generates a gravity wave that allowed the vehicle to fly and to evade visual detection by bending light around it.
Does any of this sound familiar...
The UAP videos had, wait for it... UFOs in them that couldn't be seen through the camera or the naked eye ONLY through a Flir camera could they be seen! Is any of this making sense because here we are with Bob Lazar talking about all this in 1989 and low and behold we've got Alien's in the same described crafts getting chased by pilot's in Jet's who can only see then while looking through their Flir cameras. MIND BLOWING SIMILARITIES!
They can't sneak up to the White House though they have cameras on top of it looking through all the wavelengths. It's absolutely stunning that hardly anybody has the desire to put all this publicly available UFO information and technology information with a dash of conspiracy theories "now truth" information together. And nobody definitely, definitely wants to drink that concoction because they're afraid it might wake them up - only for the nightmare to begin, probably is my understanding?
Here's the full video description:
@ovnisvideos
——
The Northrop TR-3 Black Manta is reputed to be a United States Air Force secret spy plane that was designed in the 1980s. It would be part of the "black programs", but its existence is officially denied and no concrete evidence of it. its existence has not been disclosed to this day.
This is exactly why we have to call the Black Mantra Triangle Shaped craft a UFO, because still to this day it's not been disclosed!
Here's the full video which I have put together:
Please share your thought's and opinions also any ideas that you might have about this amazing Triangle UFO but also I'd really appreciate it if you could share this post with someone who you think would appreciate it, cheers.
I've come across a YouTube video that explains everything about the Black Mantra Triangle Shaped craft, here it is:
Credit: OvnisVideos/Ben Lovegrove YouTube Video/UFO Sightings Footage/UFO News/Canva/Wikipedia.