This is the best Flying Saucer that I've ever seen, I've written about this specific one before but now there's an interesting update about this one.

Check out the early post's I wrote about this very UFO sighting. You will not be disappointed with it, unless you have already made your decision that it's not real or a drone even CGI? Hopefully you can wait until we get confirmation one way or another if that's what you need to believe? Personally I like to think for myself. 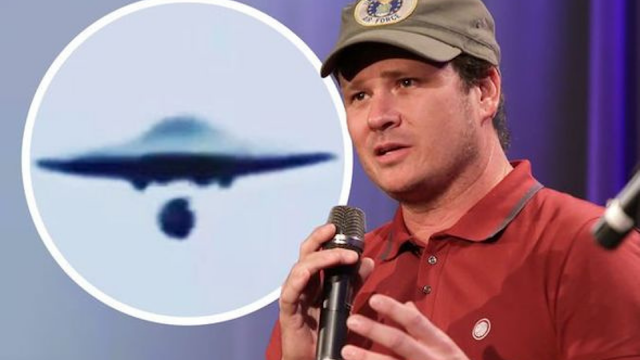 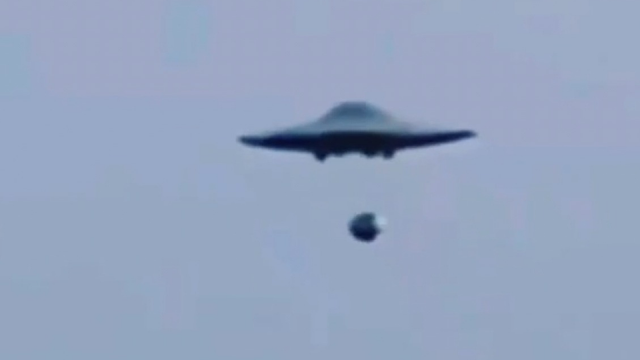 Tom Delonge was ridiculed for years about his belief in UFOs, then the US Government confirms his beliefs.
He's actually posted a photo of this specific Flying Saucer in particular and making the point to post a photo showing an Orb or Sphere being released from underneath it.
Related post
The Best Silver Flying Saucer Ever Caught on Camera
He captions it with "Doesn't look supernatural to me". He (Tom Delonge) in my view knows something bigger about it, which I've suspected all along that there was more to this UFO slash Flying Saucer, I just didn't know he knew more about this...
I mean though look at it, it looks fantastic and real.
Tom Delonge is a vocal supporter of the UFO phenomenon (for those that don't know he's the lead singer of Blink182) and that's because he's become privy to some top secret information the likes of which you and I probably could only ever dream of!
Another related post
Silver Flying Saucer Caught on Camera in Space in 1985
I can understand that me, you and Tom at one point, we all had the same level of information right on this very Flying Saucer incident which as it was then, not a lot. Then Tom's information gets ramped up "for whatever reasons, but he is obviouslygiven top tier access" but, that's neither here nor there now is it.
The fact is he's now in possession of some deep, serious, life changing and history changing information. But he's letting us all know to watch this space and considering that it was a year ago, and what we now know from this last past year I really do think Alien disclosure is likely.
Just because we're not privy to it, we're simply relying on his (Tom's interpretation of the info) belief's without official endorsement on Extraterrestrial entities. We do have "however" UFO disclosure endorsement from the Government and that for me comes with many insinuations like Alien's make UFOs, humans make reverse engineered crafts. It's the Government sanctioned engineers that make the known crafts and therefore by saying they don't know who created the physics defying UFOs, it tells me that if I read between the lines - Alien's exist!
The update is that Tom shared an Instagram post with this photo of the very same Flying Saucer that I posted about just under 2 years ago because the Instagram channel Ufolovers shared it. One year ago Tom Delong shared a still photo from this video:
Here's the extraordinary video of the Flying Saucer which the TTSA founder shared to Instagramwith a cryptic message;
Please share your thoughts on this awesome UFO video. I'd like to get to the bottom of this once and for all. It's so life like and so real looking.
Credit: Ufolovers Instagram/Tom Delonge TTSA/UFO Sightings Footage/UFO News/Canva.