Silver flying saucer posted to Instagram by Ufolovers. This is probably the clearest looking UFO I've ever seen. People will have to get used to it. 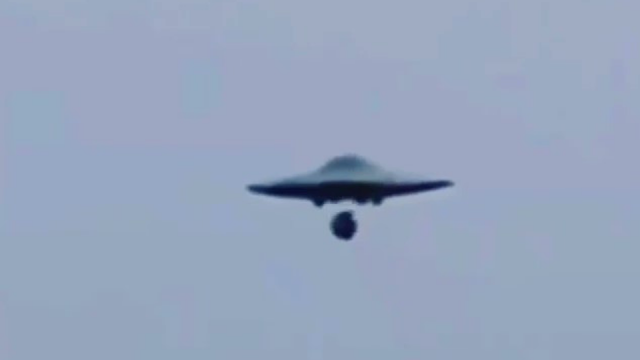 This is one for the books as a UFO Mothership is filmed releasing what looks like a metallic sphere or drone over the sea. There are many amazing things going on with this and it looks like it could be the real deal?


As far as information goes, there is hardly any other than the UFO video itself. But let's face it the most important part of this story is there. It's like having a book without the cover.
One day we will have more interesting information about this so stay tuned.

I will continue to update this story as and when the information becomes available. I really expect that we'll come across some more information about this as it's just so good.

It's now the end of 2020 and nothing else has been discovered about this UFO video. Im inclined to say that we never will get any solid proof regarding it's origins or purpose? It's a shame, but the mystery continues! Read on for more information and please share your thoughts on this really bizarre looking UFO video, thanks.

The metallic sphere or drone that's being released by the UFO Mothership is definitely spinning as it drops so why is that? It seems like it is not under any control at the point of it been dropped so that would suggest it is remotely controlled? 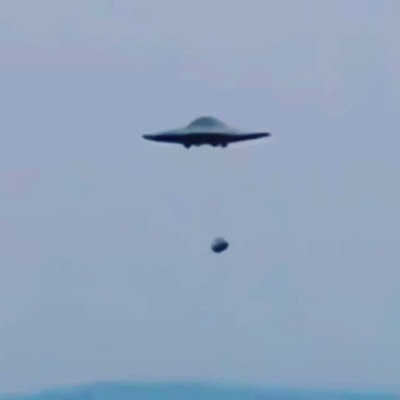 It's videoed actually releasing a metallic drone or in my opinion a capsule to maybe gather some sort of information which ties in with common beliefs that these UFOs are here to spy on us or to just observe and send information back to the Aliens planet. Why not, why else are UFOs here in the first place? It makes sense to me that there's a UFO here but not of this world and so from that, I've gathered from it (it's possible purpose) and I believe it's gathering information on the public of this planet and sending it back to where it came from - the home planet, spaceship or wherever it comes from?


For what reason do you think it's here for? Is it to spy, take samples, plant spying devices, take people, infect people, warn us, ask us questions, give us help? Who knows what the intention of the UFO is because whoever does think they do are probably wrong?
Well that's just pure speculation (also this video is speculation). Is this real or is this just another Hollywood style CGI video released to make people think this is a real Mothership? If it is, why are we being bombarded with fake UFO videos and UFO photos?
Is it for the apparent fake Alien Invasion prophecy actually proposed by some modern day people, conspiracy theorists? We may never know what the purpose is but we do have the video so take it in because if it is real, at least you'll be up to speed...


Overall it might be part of a bigger picture of getting the public ready for disclosure so by releasing fakes "still" could be part of the disclosure? 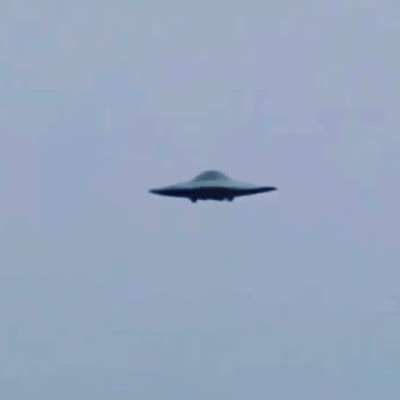 There could be people out there tasked with getting people ready or used to the idea that Aliens are here and UFOs are real? So these could be so real looking and it's part of the disclosure project.


Again we have to evaluate every scenario, we have to look at every possible answer and no matter how silly it sounds. This is because sometimes the more crazy it is, well that demands a crazy answer. 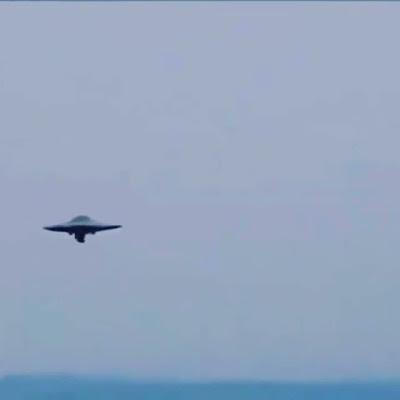 Believing in Aliens is considered crazy!

Believing you saw a UFO is considered crazy!

So to get an answer, we need to go there - otherwise we wont get an answer and it's as simple as that. So there is no such thing as a crazy answer unless one is intentionally made up.