A Cover Up Of Rocket UFO Fired At Apollo 11 Module

The Moon is teaming with Aliens because heres more proof in the form of a rocket fired at Apollo Moon Astronauts in the Moon Module Orbiting the Moon.

This is the only UFO video that you need to see for the rest of your life because it proves beyond any doubts whatsoever that Aliens exist and they exist on the Moon.

All credit must go to the original person who discovered this UFO in the Apollo 11 Moon Missions photo.
The Apollo 11 Module is the only target in space, it wasn't fired by humans so it's been fired by Aliens - it's common sense! Who else fired it? Thor, at Iron man lol. Seriously though, it's not a human rocket or UFO so it can only be a foreign object, but it's in space so literally speaking it can only be a UFO and that's an Extraterrestrial entity. But it looks a lot like a rocket and it looks like it's been fired at the Apollo 11 Module, doesn't it? 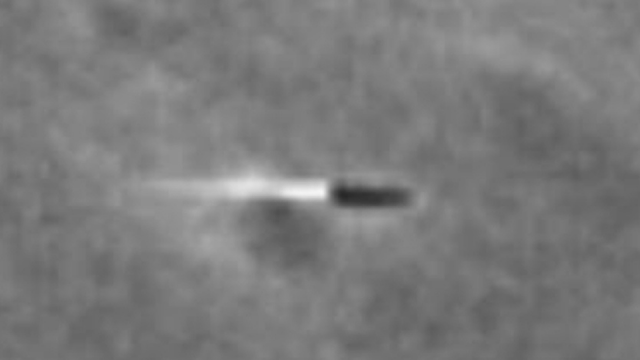 Credit: LPI.USRA.EDU/NASA/UFO Sightings Footage/UFO News/Canva.
The person who discovered this is a real credit to Ufology because of where it was located. It could take a thousand years to find it just by the sheer amount of Apollo photographs that have been taken during the Apollo Moon Missions and uploaded to the Internet. How this person actually discovered it, that will probably remain a mystery forever. It doesn't really matter though because we've got it now, it's been discovered and that's all that matters, right.
The UFO itself looks like a rocket type of UFO or like a Cigar shape and I say that because it's kinda shaped like a real  Earth rocket which innately takes the same rocket shape every single time. But if you look closer it's also leaving a propulsion type exhaust trail out of the back of the UFO just like an Earth made rocket would and that's just mind blowing. If Aliens are using our rocket technology because of it's simplicity, it wouldn't surprise me.
Related Post
The Most Detailed Silver Flying Saucer Over Hull England
If Aliens have evolved ahead of mankind which is the standard interpretation ie Alien Greys then it makes sense to use one of our rockets against our own Moon Missions to make it look like another human tried to hit it with a rocket. For one it will keep their presence unknown. For two it would scare humans off the Moon and stop us going back.
Because we've never gone back to the Moon and we still haven't seen the Moon Aliens, let's call that rocket fired at the Apollo 11 capsule "a huge success!" If the cap fit's, wear it. If the answer fit's the question perfectly then it's the answer.
Seeing this on Earth is one thing but seeing this in a Apollo photo "in an official NASA archive" is also very spectacular because we know that they can't deny it now.
It's dark in colour but that is more than likely because it's a black and white photo?
Here's the full details:
Date of discovery: October 2013.
Location of discovery: South of crater Schuster, Earths Moon.
Coordinates: 0.53N, 146.11E.
Mission: Apollo 11.
Photo: http://www.lpi.usra.edu/resources/apollo/images/print/AS11/43/6506.jpg that's the official link to the raw uncut NASA photo.
Here's the full YouTube video by UFO News and UFO Sightings Footage:
Please share your thoughts on this amazing UFO shaped like a Cigar actually flying over the Moons surface with a large propulsion trail been left in it's wake. It's targeting the Apollo 11 Moon Orbiter I'm pretty sure it's trying to send a message to NASA? Also I'd appreciate it if you could share this post, cheers.
Credit: LPI.USRA.EDU/NASA/UFO Sightings Footage/UFO Sightings Daily/UFO News/Canva.