The Most Detailed Silver Flying Saucer Over Hull England

This is a fantastic and extremely detailed UFO sighting and it's the main reason as to why I've written about it now.

Talk about a detailed UFO at close range, this is a spectacular Flying Disk type Saucer with about as much detail as we can probably handle all at once considering we're all used to blurred photo's, right? But because someone has gone out of their way to photograph it and report it to MUFON the very least I can do is write about it and besides, it's a great one to boot. I just don't agree with the argument that someone has to pay for the investigation by MUFON investigators etc like equipment, hotel stays, desk jobs, pensions, food, planes, trains and automobiles and whatever else because charging for access at MUFON isn't something that I agree with at all. But it is what it is, right there's nothing I can do about it.
Related post
The Clearest Silver Metallic Flying Saucer Type "Disk" Over London
There's a long history of UFO sightings at Hull in the UK. This one itself was taken 15 years ago. You wouldn't have funk it though but in 2006 Nokia brick 2.0 was all the rage and a camera was a pipe dream. The eye witness said he was putting out the trash when he saw something out of the corner of his eye, he saw the UFO so he ran and got his camera, here's exactly what he captured through his lens:
Also, just quickly, don't forget that this is 2006 there was no such thing as smartphones so no video apps or photo editing apps for phones... so, it is what it is! 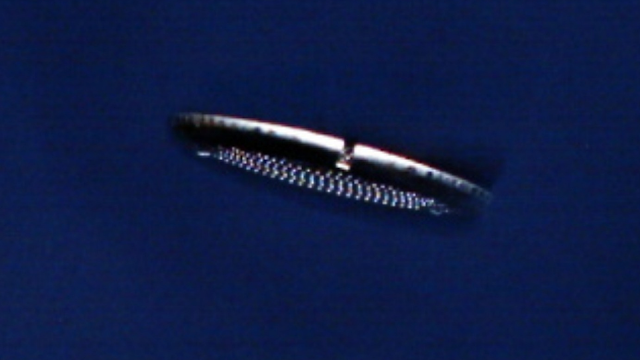 There's alway's something flying around the world that wasn't invited by humans. Uninvited, Flying, Object's is what the initials UFO should stand for instead of Unidentified Flying Object. But, it's already got the saying and that's likely not gonna change.
You've got to admit that the Flying Saucer here is one if the most detailed that has ever been photographed? Usually UFO photo's look blurred because of the zooming in and losing pixels in the process. 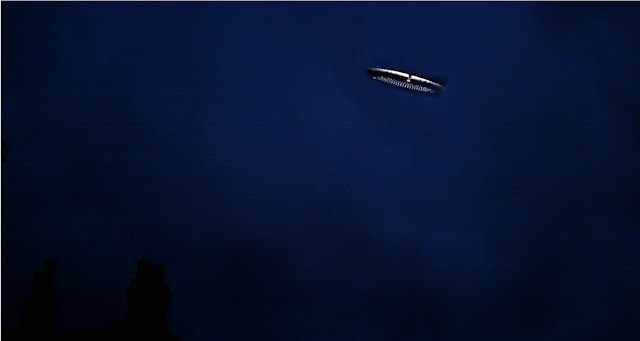 Credit: MUFON/UFO Stalker/UFO Sightings Footage/UFO News/Canva.
Here's the full description by the actual eye witness himself on the same day when he reported it to MUFON:

Detailed Description
At the time of the event i was putting out the trash. i first noticed something in the corner of my eye, i then ran and got my camera. the object seemed to be hovering over the trees.

There's alway's something going on, but recently it's been a tremendous amount of UFO Orbs that have literally plagued the whole world. Everywhere seems to be seeing UFOs and since the US Government legitimised UAPs, it's only gone from strength to strength. Releasing the multiple UFO videos showing what the Government called UAPs was the UFO disclosure that everyone wanted. People have waited a lifetime for this to happen. But unfortunately it went straight over a lot of people's heads because people are still asking if UFOs are real?
Anyhow, I really hope that the close up detailed shapes on this UFO are just what you wanted to see so you can now make a decision on what you now believe? For me personally, this type of UFO incident adds to the already 2500+ UFO News articles that I've written. Not all of them can possibly be real, but at the time it sure felt like they was. Check them out at my UFO Sighting's Footage Facebook Page. Thanks.
Here's the video which I've done myself regarding this Silver UFO over Hull, UK:
Please share your thought's and opinions also any ideas that you might have about this awesome Silver Flying Saucer which was caught on camera over Hull in the UK. Also if you could share this post I'd appreciate it, cheers.
Credit: MUFON/UFO Stalker/UFO Sightings Footage/UFO News/Canva.