UFO Passes In Front Of The Moon In August 2021

An amateur astronomer was filming the sky when his telescope picks up a fantastic UFO in the shape of a sphere. His response is to be so surprised.

As clear as the day is long, this UFO (albeit small) passes right in front of the Moon and surprises the amateur astronomer recording it through his telescope.

The amateur astronomer sound's really surprised to see this UFO and to be honest with you, if it was me that filmed it through my telescope, I'd be wee bit louder than that lol. 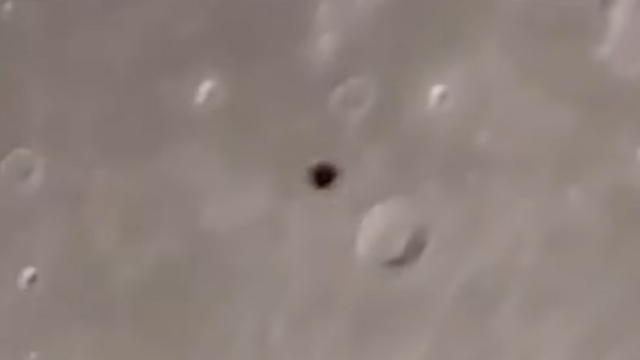 Credit: Ufovni Disclosure/Ufovni2012 YouTube video/UFO Sightings Footage/UFO News/Canva.
If real UFO Sightings was an Olympic event then this would probably come first. It's very hard for anyone to spot a UFO at nighttime as you know and Aliens must understand that as well? These Extraterrestrials must already know that the side of the planet with people in darkness won't be able to see anything,  I mean they're not imbeciles they're flying sophisticated aerial vehicles for Heaven's sake! 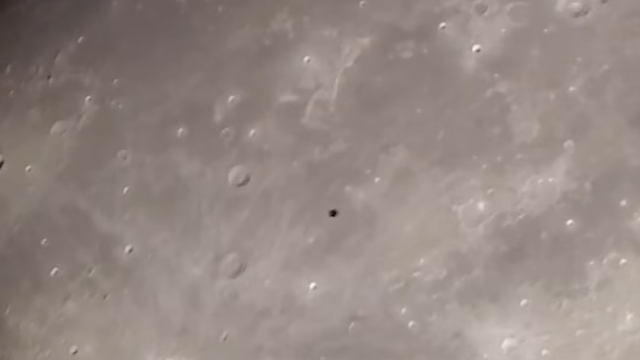 Credit: Ufovni Disclosure/Ufovni2012 YouTube video/UFO Sightings Footage/UFO News/Canva.
And also what people don't seem to understand is that there could literally be hundreds of these sophisticated UFOs up there in our atmosphere and do you know what, nobody would ever know about it, would they? Unless however, if one is passing by the Moon or is actually near enough to the Lunar surface (like this one probably is) and people are filming this through a powerful enough telescope.
Related post
Alien Base's On The Moon Photo's | Womans Unbelievable Testimony And Videos
Just like this amateur astronomer is doing then the Jig is up, they'd have nowhere to go? This is why if any UFO is out during the daytime then someone will definitely film it. But yeah, night is 100 percent totally different to the daytime. We can apply the exact same situation to the reverse engineered crafts created by humans because they look so different from the average aircraft's owing to the Extraterrestrial shaped crafts. 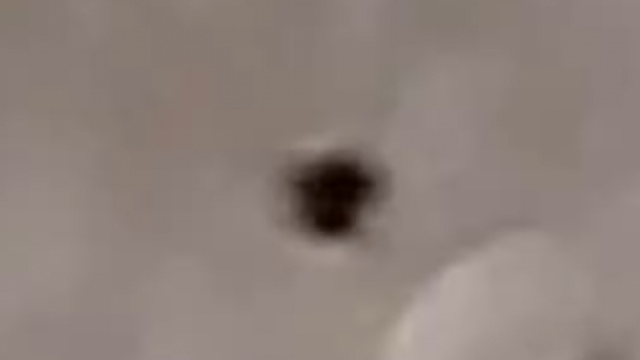 Credit: Ufovni Disclosure/Ufovni2012 YouTube video/UFO Sightings Footage/UFO News/Canva.
That's a serious amount of "what if's" but then again that's a serious looking UFO. The amateur astronomy Footage shows that UFOs are everywhere and are active at night time. There's a serious amount of Lunar UFO activity as I'm fully aware of because I've covered so many in my time writing in this blog.
This UFO had no light's on, there was no solar panels jutting out to catch the Sun's rays to power the satellite and so I think we can rule out a satellite and not only because of that but also because of the fact that satellites aren't usually spherical, right. Well  this UFO is dark and round. Although on the ultra close up it does look a bit like it's got star like points? I think that's just the pixels because of the extreme close up zoom effect, it's almost like a heat wave effect running across the full UFO and screen with the background included.
What can we do to verify that this is a real bona-fide UFO and not a satellite?
We've actually got a lot of thing's that we could do like check into where satellites are at the time of the sighting (I'm sure there's an app for that) but there's literally no information with this YouTube video uploaded by Ufovni2012 so we don't know where to startbie date, time or month or year come to think about it.
Here's the extraordinary YouTube video by Ufovni2012:
Please share your thought's and opinions also any ideas that you might have about this UFO flying right past the Moon. It's hard to tell I totally agree whether or not if it's in our atmosphere or actually passing in front of the Moon, so you'll have to go with your own instincts and gut feeling  on this one as the uploaded hasn't added any evidence whatsoever but because it exists, we have to add it to the Ufology index so-to-speak because we don't know if it supports another UFO sighting elsewhere? All UFO sighting's are important. Also, please share this post with someone who you think would appreciate it, cheers.
Credit: Ufovni Disclosure/Ufovni2012 YouTube video/UFO Sightings Footage/UFO News/Canva.