Greatest Recording Of A UFO Ever Captured And It's Real

This Beaver Utah UFO sighting has been dubbed the best UFO ever caught on camera. I must admit that this is a really good and analysed UFO video.

This has had the scrutiny of a lifetime applied to this actual video recording and it is real ie a high degree of probability being real.

Secureteam10 actually jumped on this as you'd expect but I've kinda waited in the background until the most information possible has been gained from this awesome UFO footage. And, true to my process, there's been a brilliant "deep dive" into the video and I mean literally. It's had professional photo forensics all over this video disecting every single pixel. The video's metadata has been scrutinised and they have some sophisticated software which only they have that reproduced the same conditions out in the field to have a controlled sample or a clean version.
They went and recreated the same conditions outside and used the same drone model to get a version that way also. It's literally had the living daylights examined out of it, and their results we're unanimous:
It's a real UFO incident caught on camera! Please read on... 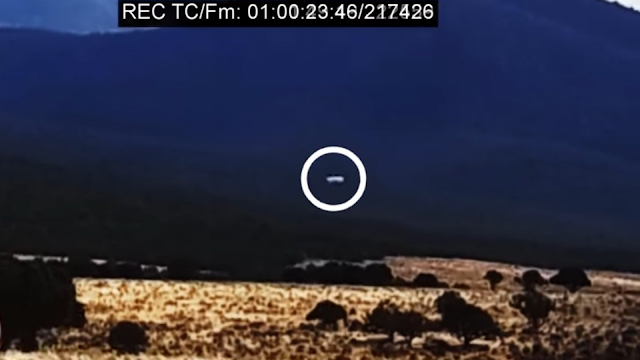 Credit: Daily Star/Sam Chortek and Jimmy Chappie/UFO Sightings Footage/UFO News/Canva.
The money question though is it Alien's or is it reverse engineered aerial vehicles? Is it a fully reversed craft, is it a part of an u known craft or has it got a crossover with human technology and Extraterrestrial technology? A hybrid as it were, because it's so small, it's extremely aerodynamic and it's over 500 miles per hour, but look how small it is? 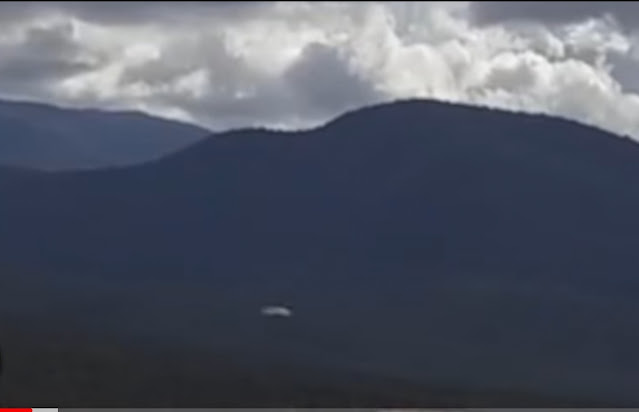 Credit: Daily Star/Sam Chortek and Jimmy Chappie/UFO Sightings Footage/UFO News/Canva.
Related post
The Best UFO Sighting At The ISS Ever Caught On Camera
Nothing known to man can go that fast, this small unless it's in orbit and has built up a speed inside of the vacuum of space as there's no friction, so once your moving you can't stop unless you've got an outside force. As you can imagine if there's no slowing down, it would be easy to build up speed quickly but this is in Earth's atmosphere and it's as small as a shoe box. It's a transparent silver like colour with a white hue or overall quality that's hard to describe exactly.
Quote from Daily Star:

Drone operators Sam Chortek and Jimmy Chappie visited Beaver, Utah, US, in the hope to collate some beautiful B-roll footage of the rolling hills that surround the area.
But when they arrived home to watch the footage back, they discovered something unexplainable fly past the lens.
A white object appears to suddenly emerge out of the hills and fly past the recording drone.
It was travelling at a speed so fast the object’s form became warped – making it hard to discern what it is.

Just looking at it is difficult discern what it is, what the details are and the overall shape because as you know, it's frustrating to look at something but not be able to identify it. Not been able to identify whether or not it's just transparent or just white or silver is very frustrating. But to be honest with you, it's a bit of all white, silver and transparent so let's call it a Wist UFO. That stand's for White, Silver and Transparent UFO. I actually like that because it's a perfect acronym. 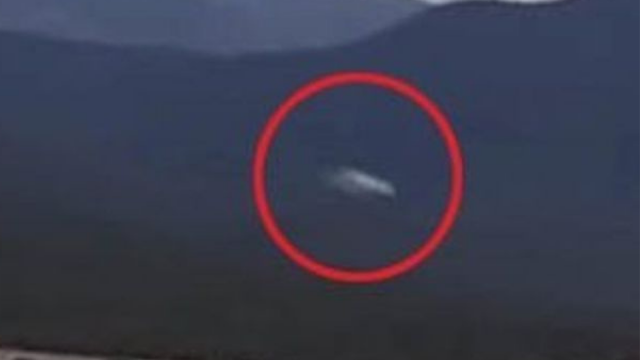 Credit: Daily Star/Sam Chortek and Jimmy Chappie/UFO Sightings Footage/UFO News/Canva.
It's had the software inside of the digital image analysed and it's spot on. The metadata is spot on as there's more consistencies than not. The TV show called "Contact" did a very detailed analysis of this very same UFO sighting and it's this TV show which did an extensive analysis on the Beaver Utah UFO sighting and the results are stunning. It's not a drone, because it's to fast. I insist that you check it out here.
Here's the full YouTube video:
Please share your thought's and opinions also any ideas about this real UFO incident. It's a very good UFO incident of that I'm very confident that it's had the best investigation.
Also, I'd really appreciate it if you could share this UFO post with someone who you think would like this or appreciate it.
Credit: Daily Star/Sam Chortek and Jimmy Chappie/UFO Sightings Footage/UFO News/Secureteam10 YouTube video.