The ISS (International Space Station) has been filming UFOs going near the ISS modules. The ISS live feed has filmed UFOs getting really close to it.

This is the best ISS UFO that I've ever seen because I know it's nothing to do with the ISS like heat shields or nuts and bolts or wrappers from astronaut lunchboxes.

It's a bona-fide UFO sighting straight from the horses mouth, the horse's mouth been the ISS (International Space Station). It's "once again" the live TV feed which brings us the goods. The Astronauts are probably out of the capsule at the time of this UFO sighting because they've all gone to a barn dance - now that would not surprise me! 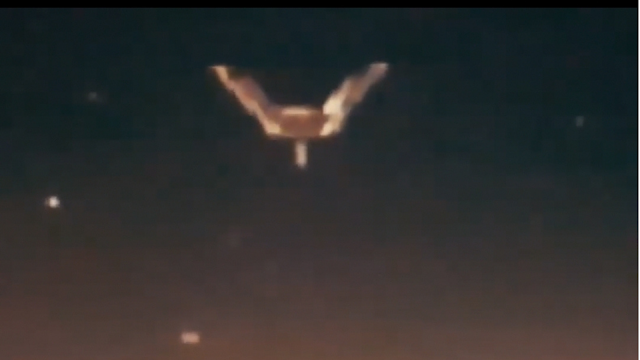 I'm totally shocked at how amazing this ISS UFO looks, it's so easy to make out the details and it's literally the clearest that I've ever seen, bar None, what about you?

They may as well have gone dancing because it seems that nobody is watching the live feed, why can't they all come together and just admit that they are always being buzzed by UFOs? I mean, we can see the UFOs very clear and it's very often?

Having the live feed on most of the time and it recording UFOs but then NASA coming along only to quickly dismiss them goes right against NASA’s initial reason for having them installed. If nobody believes a real UFO on Live TV during a live broadcast because NASA said it's not a UFO and gets away with it by saying it was a temperature inversion with flakes of chocolate or some other absolute nonsense - then were relinquishing our abilities slowly but surely.

To only believe what they say is real, well that just sucks egg's because they are brainwashing the public. I'll use my own eyes and common sense thank you.

I've become used to making my own mind up especially when it comes to what I can see. It's like this UFO, if NASA says it's a protective antenna cover from the left hand side of the main module next to the bottom which is near the side, opposite the top and people believe it, then that beggars belief.

That's when I switch off!

Since they (NASA deniers) installed the very first UFO CCTV, sorry I meant to say normal cameras, it's got to be in the neighbourhood of a fair few hundred if not at least a thousand UFOs in the vicinity of the ISS?

Below is the exceptional video description that is from YouTube:

UFO CAUGHT ON THE ISS LIVE STREAMING CAMERA, this June 18 Rafael Navarro was live on his television watching the incredible images of the ISS when he noticed something abnormal ... he took out the phone and started recording, which is what are we seeing in the images? possible UFO sighting? After watching the video carefully, we are not capable of evaluating any type of reflection, and we see so much about, shadows, vapors, and more lights around the area, I hope you can contribute with your comments all the information that brings us with that continuous intrigue.