Cigar shaped UFO looks like it's landing over California. The eye witnesses reactions are definitely real and genuine. I've not seen a UFO this good.

This is a spectacular, no, it's actually a once in a lifetime UFO experience for the eye witness filming it.

There, I've said it, but look at it! It's mind blowing and it was only filmed a couple of days ago in California. I'll be putting a link in this post to the MUFON report (at the bottom) so you can check it out for yourself and let me - hell let us all know what you think about it? 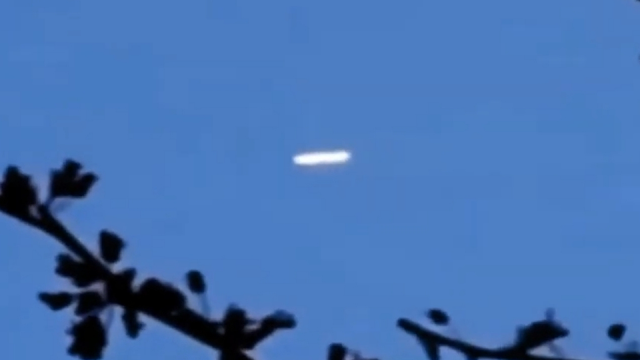 There's definitely no camera trickery, the eye witness filming it is 100 Percent speechless and the airplane going over first is making a loud noise from it's engine's but the White, cylinder or Cigar UFO doesn't make a sound at all.

Theres nothing propelling the thing forward for heaven's sake and it's white which is a perfect color to hide in the clouds, probably all day if it wants to? It might even fly along with the clouds only switching like this when it wants to change directions? 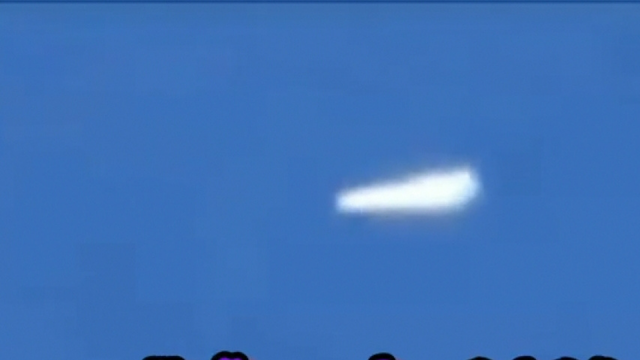 We are seeing it descending and it's trying to land in my view and that's the eye witnesses view also and she was there.

I'm absolutely convinced that we're seeing a blinding UFO here and that what we're seeing is of huge importance to the "entities" that sent it here. Now then, let's just digest that little nugget of information for a second. If that is real (I have no doubt that it is real) but if it is real guy's, then you know what that means don't you?

It means that Extraterrestrial entities exist and we're being put under surveillance. The next natural question is "why" are we all under surveillance? One more thing, that's not a human made craft and I'm saying that because we don't have anything like that in any secret bunker, in a top secret hangar or in the very public and not so secret Area 51.

The US Government would pay a King's ransom for a craft like that and this has probably crossed the minds of the Aliens that own this white, Cigar shape craft. This is a very, very sophisticated piece of highly advanced technology, of course it's crossed the minds of the Aliens and so has every other conceivable eventuality so it would be fair to say that they've covered everything that humanity has to throw at this.

That's probably why it's still in their hands? Because they know what we are like, they know what motivates us, what drives us and they've more than likely out foxed us at every turn.

It's probably not their first rodeo, they've done it before on maybe another living being with a slither of intelligence. We might be dumber than their last conquered people's.

I've never been so pumped about a highly possible UFO before (well, not this much). It's going to be containing electromagnetic systems and antigravity technology with other tech that I can't even fathom! So please, help me understand what it could contain and let's find an answer to how it might of got here "any opinions are welcome" because one thing I do know is that the Earth is a human being home planet and not another living being's home world especially one with such mastery of this technology.

So, where did it come from and how did it get here?

As you cann see in the video it's not a airplane because there was 1 in the video. it stopped & looked like it was starting to land then i ran inside my house.