This is the best US Navy information regarding multiple UFO event's harassing Destroyers off the coast of California in July of 2019. They blasted em.

There's nothing created by mankind that could withstand what the US Navy Destroyers (Arleigh Burke class destroyer USS Kidd DDG-100) dished out on this July night, to those UFOs.

Guy's this is a real UFO encounter, it's 100 percent investigated to the highest point anyone can possibly get! went all the way up the chain of command, the FBI was involved, the US Coast Guard, The Chief of Naval Operations—the apex of the Navy's chain of command. It's basically the biggest ass whooping of any UFO, on any camera ever seen! Seriously, let's just have a look at the world's first's here because there's a few. Firstly, it's the first time a US Navy Destroyer group has come under attack, and a world's first on camera. It's the first time the public has seen anything like this. 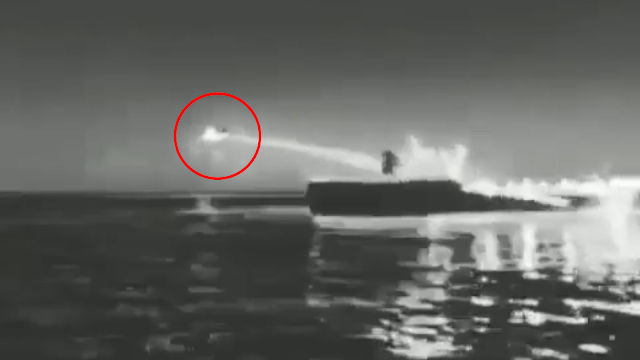 Credit: The Drive/Wikipedia/Navy/UFO Sightings Footage/UFO News/Canva.
I could write all day about this amazing UFO encounter, it's just that good, the evidence is just that good but you haven't heard much if anything about this because it's the most embarrassing moment for the US Navy. And yes I could write about this all day long, so if you want more than this post I encourage you to check out the links for unparalleled researched and investigated real, tangible evidence like the hand written deck logs which prove everything that we're saying happened. It's the best UFO encounter you'll ever know about.
Related post
Aliens And The American Astronauts Work Together in an Underground Base on Mars
Is it the first time a US Navy ship has been attacked and subsequently had to defend itself, probably. Also it's the first time I've ever known about a UFO coming under attack and it gets slammed, takes hundreds of bullets probably thousands of big calibre bullets and shakes it off and flies off. It blooming recovered right on camera and that just cannot be done by anything that we humans have made, and it flew off! Nothing is capable of withstanding that strong barrage of ferocious fire power, nothing made by mankind anyway, but yet on camera we see it do the unthinkable!
Holy cow, this is an amazing story, the original story I'm referring to is from The Drive which here's a quick quote from:

In July of 2019, a truly bizarre series of events unfolded around California’s Channel Islands. Over a number of days, groups of unidentified aircraft, which the U.S. Navy simply refers to as ‘drones’ or 'UAVs,' pursued that service's vessels, prompting a high-level investigation.

I'm sure there's more world's first's but that'll do for now. This video is 100 times better than the 3 UAP videos released by the US Navy on behalf of the DoD Department of Defense. The description that came with this video say's that it's still classified as top secret but has been released after a US Freedom of Information request by an avid supporter of UFO disclosure.

By using the USS Kidd's position as a starting point, we were able to identify several other ships in close proximity to it during the incidents in question, including U.S. Navy destroyers USS Rafael Peralta, USS Russell, USS John Finn, and the USS Paul Hamilton. Subsequent FOIA requests for these ships' records allowed us to build a composite picture of the events as a whole. 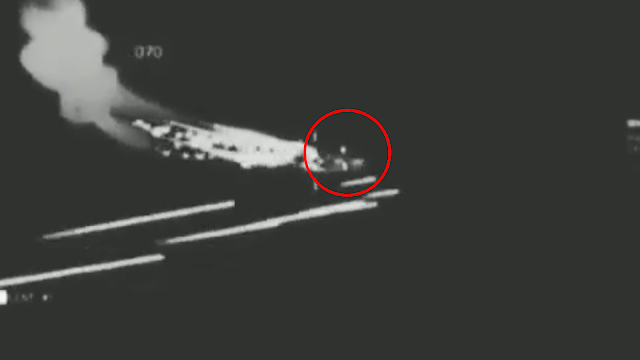 Credit: The Drive/Wikipedia/Navy/UFO Sightings Footage/UFO News/Canva.
It's a frightening UFO video because if a US Navy Destroyer can't even stop a UFO right in front of it, actually there's a blooming group of US Destroyers firing at this UFO and they all hit the UFO, but it literally puts 2 finger's up at them, shakes it's head and flies off. If they can't stopp it at point blank range using their biggest guns, then I'm gonna say that nothing can? Anyone whose been in the US Navy will know that the drones used for air target practice wouldn't be able to withstand this kind of bombarded and then fly away. 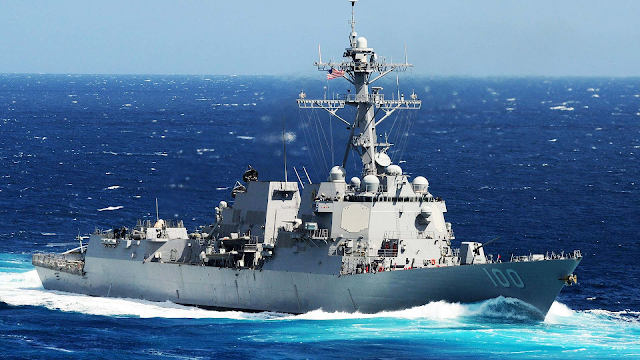 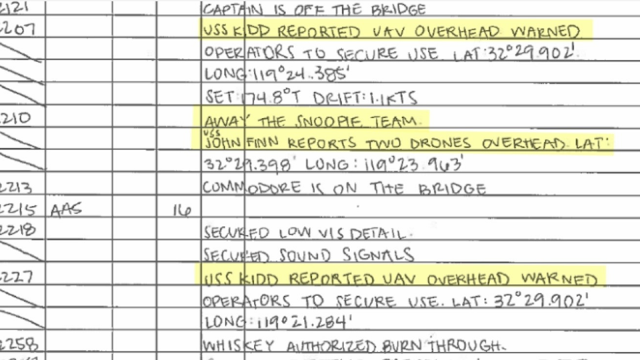 Evidence of UFO activity is everything for people to take you seriously, the US Navy knows this so they tried to sweep it under the carpet. But it's good research which has won the fight to let people know what the US Navy was up against in July of 2019. 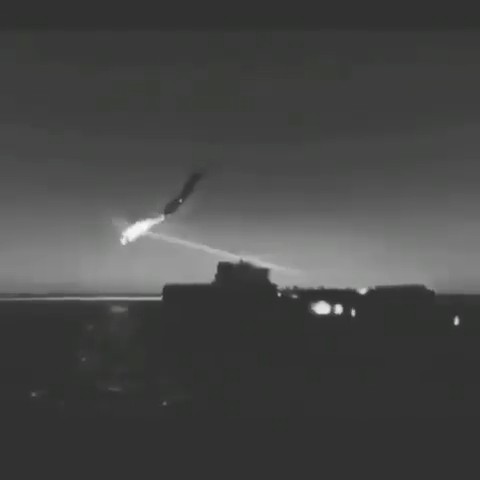 US Navy Battle with UFOs! This is a strange case that The Drive reported at the end of March In the summer of 2019, "US Navy destroyers off the coast of California were harassed by two UFOs of unknown model and origin." Two years later, despite investigations involving the FBI as well as top US Navy officials, no one knows what the flying objects were, what they wanted or where they came from.
It was the documentary film maker (and UFO enthusiast) Dave Beatty who first reported the collision between the US Navy and these mysterious Unidentified Flying Objects in June of 2020. Using the American Right to Information mechanism, the Freedom of Information Act, Drive was then able to investigate the case. This is a video shot by one of the warships, you can see that they fired well at it and you can see the result in the pictures. The aftershock is sending radiation to the hit ship. , (To this day is still classified as top secret but has been released). Thanks to Edward and John! We are not alone.

Guy's the Drive has done an enormous investigation and researched this extensively. I believe that on this night in question, the information is such that the US Navy came under attack by multiple UFOs and it's all logged right to the second! All the US Navy sophisticated equipment rules out these being enemy drones. The US Navy top brass knows exactly what they are doing and what they wanted. They (UFOs) tried to penetrate the US Navy defences which they did, the fire power they received should have put them down! But they could not accomplish this task even at close, point blank range! This is troubling to say the least, but it is Alien technology so what else do they expect?
Here's the actual video which was released to the UFO researcher The Drive and everyone else involved in getting all the relevant information,  you guy's rock:
One thing is fairly sure: the U.S. Navy has a large amount of data on these events. The documents above reflect that multiple independent photographic intelligence teams were deployed. These teams are only a small part of a sophisticated suite of surveillance capabilities and advanced sensors, including the ability to detect radio emissions in the vessels’ vicinity, available to any one of the ships involved. This is on top of the land-based sensors that closely surveil the area. In fact, it is puzzling that those sensors, coupled with a likely extensive photographic record, were not sufficient in and of themselves to resolve the matter. This calls into question the “drone” designation. Was there ever even a hard description of these craft beyond lights in the sky?
Please share your thought's and opinions also any ideas that you might have about this amazing UFO encounter with the US Navy Destroyers in July of 2019 involving try to take down multiple UFO crafts. The US Destroyers failed to achieve their objectives and neutralise the UFO threat. Also I'd appreciate it if you could share this post with someone who you think would appreciate it, cheers.
Credit: The Drive/Wikipedia/Navy/UFO Sightings Footage/UFO News/Canva.