I really want to believe that this is a genuine UFO video. I'm of the opinion that as of now, it's a real UFO but I'm keeping an open mind.

I've just come across this spectacular UFO filmed from the window of a plane.

I'm surfing YouTube looking for updates on the UFOs that I've already written about and posted about so that I can update my posts, when I come across this really intriguing UFO. I'm absolutely stumped by it, it's so good looking and it definitely looks so real and to be honest with you guy's I really can't tell the difference if it's a UFO or a man made craft? The video is a genuine one I think? 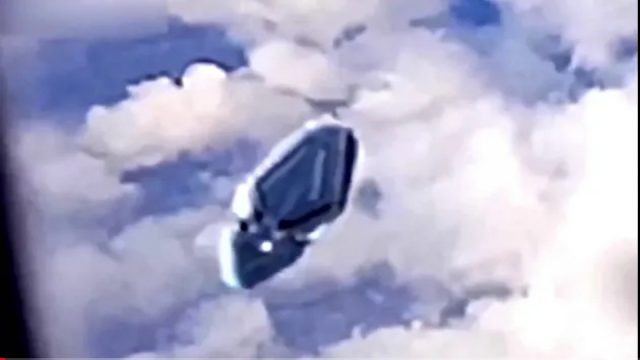 Credit: DreamCome True Studio/UFO Sightings Footage/UFO News/Canva.
You've got to admit that seeing something like this crazy thing from probably 20 thousand feet up doesn't go down well. I'd be worried about collisions and that one movie where the full plane is transported by Aliens to another blah, blah you get the point! It's not a good experience for me to see such thing's as I worry to much lol.
Related post
UFO Guarded By Battery of Tanks in Antarctica
It was uploaded to YouTube only a year ago and hardly anyone has seen it, it's not because it's rubbish or that it's everywhere in the media and social media sites, because it's hardly been seen before! It's not been shared or talked about that I'm aware of. It was only filmed in 2020 and you might be some of the first people who have seen this which is awesome. 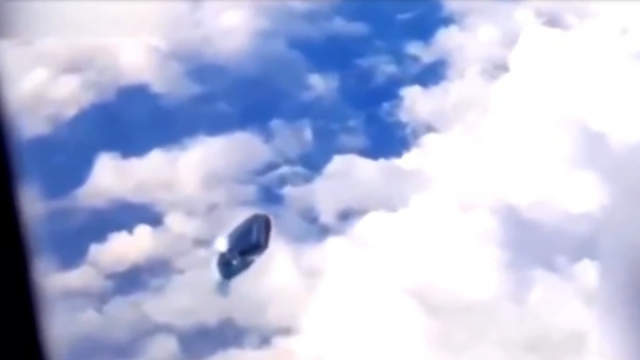 Credit: DreamCome True Studio/UFO Sightings Footage/UFO News/Canva.
It's a strange kind of UFO because it's actually a military Air Force Jet colour, the stealthy grey colour, well that's found on the new Air Force Jets. So because of the colour of the UFO I'm going to point out that it could be a top secret military Jet or a new kind of aerial drone being tested that can stay in the sky for weeks if not month's and if not years? We can't rule out anything at all at this moment in time.
We can't rule out UAP's, UFOs, CGI, holograms or even private inventors or entrepreneurs. We've all seen the recent video of the guy in the flying suit that literally flies up to the plane in the sky I think it was over 10 thousand feet high as it's soaring through the clouds.
So, nothing at all can be ruled out including Alien technology ie UFO. But equally as important is the man made aerial craft. This is real and we've got to share it with people who have the knowledge to put this into the right category and tell us what it actually is? But that's going to take us lot and sharing this so that we can get the right information.
Remember that just because there's no information about this UFO anywhere (not even the YouTube channel), seriously that doesn't mean that it's not real. It just means that we've got to respect the eye witnesses right's about filming it and not wanting to be identified - it's all about privacy. I really don't have to explain to you that it's the right's of you, me and everyone to remain anonymous. I totally understand that people have lost everything in the past because of reporting a UFO publicly.
Here's the full YouTube video which was uploaded by DreamCome True Studio:
Please share your thoughts on the UFO here in this post and if you can share the post I'd appreciate it, cheers. Also, I've linked to other brilliant UFO post's throughout the post, in bold and underlined. Check these out if you get a moment, thanks.
Credit: DreamCome True Studio/UFO Sightings Footage/UFO News/Canva.