The satellite Voyager photographed a massive set of Motherships in the ring's of Saturn. The ring's are a large celestial body, the UFOs are enormous.

Such report's not long ago was absolutely laughable, actually some people still so laugh at these allegations because of the lack of knowledge or because it's somehow funny?

Even though we've had UFO disclosure, I suppose it's still hard for some people to let go of familiar structures and things (like a safety blanket) and see the universe as it is. 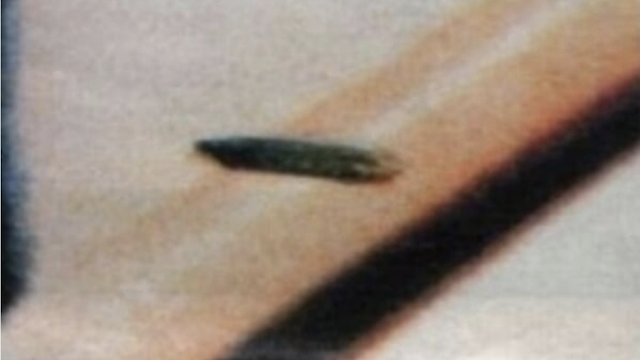 Dr Norman Bergrun, a mysterious figure who is said to have been employed at Nasa's Ames Research Center, reportedly claimed that gigantic UFOs are hiding in the rings of Saturn.

It's teaming with Aliens, we just so happen to inhabit this area of space and in 300 yrs, we will have space stations the likes of which are beyond anything that we can comprehend at the moment due to technological capabilities. We're only capable of sending certain thing's into space at the moment but wait while that ramps up with advances in technological capabilities and the development of sophisticated materials or smart materials. Time will reveal all. 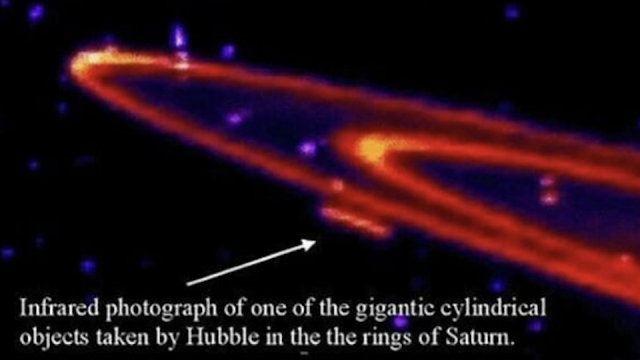 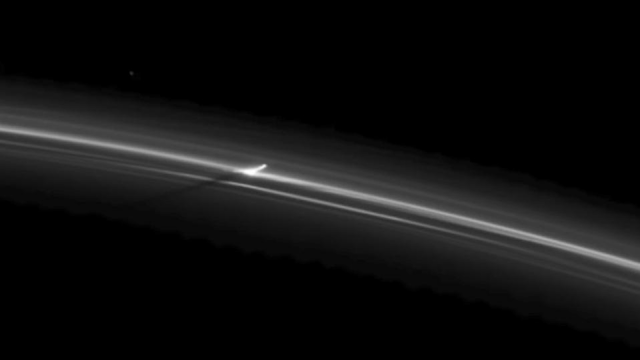 Credit: Voyager.
Our timeline officially started 2,000 years ago. We're already taking vacations in space. In 300 years it's gonna be a lot different from what we have now. The technology that you see now is all going to be in an ancient history museum. Now, try to think of that then, while trying to put into context that there's other being's in space and their timeline is very different from ours. They're so far ahead of us, their technology advanced, it stagnated  it quickened and then it stalled. But no matter how you look at it, technology is a time-line, whomever embraces it will develop it.
Related post
Blonde Haired And Green Eyed Woman Claims To Be An Alien Hybrid
If humans are here, on Earth then why, oh why can't Aliens be out there in space that have gone through a similar evolution and just so happens to be further along than us. It's perfectly possible and plausible and to boot, we've recently had UFO disclosure which means that Alien's exist but the Government calls it UAP. We have microphones in space albeit not so crude but we're listening for specific radio, TV, frequencies that are most likely to be used by intelligent beings if they exist.
Don't you think they're doing the exact same thing? You can bet your bottom Dollar that they're listening for intelligent beings aka a race of beings capable of putting to use their environment to benefit from.
Well, that's exactly what has happened and there's evidence that these Aliens are parked in Saturn's rings. Travelling through space is going to be a must by any species that can leave their home planet. Because the laws of planet's doesn't apply in space  weight and materials act differently. A lot more thing's are hard, bit once the basics are able to be mastered then it becomes easier as a guess. Like adding premade modules together like the ISS.
Website quote translationisfrom Japanese to English:
North Carolina, Charlotte. On January 30th at a scientific conference a number of US Air and Space Administration scientists got together to show the United States Aeronautics and Space Administration that the probe satellite (Voyager) in An elliptical cigar-shaped object was photographed on the ring of Saturn, which is estimated to be at least "7000" miles (11265 kilometers) or more in the photo, and the cigar-shaped object orbits around Saturn! Scientists say the window next to the cigar-shaped object "It looks quite big... These materials were published in the Science Magazine in February this year!
Related post
The Most Detailed Silver Flying Saucer Over Hull England
Like I said, it's translated from Japanese into English which isn't very good but the jist of it is there for you to get the size of the spaceship, the length of the Cigar shaped Spaceship.
It's all there and much, much more in the website which I've been researching. I've come across this information before but back then I wasn't confident enough to try to make sense of the information but now "it is what it is" right. The photographs speak a thousand words so I'm going to let the title on the tin speak for itself which is "Cigar shaped UFOs parked at the ring's of Saturn".
Related post
Apollo Veteran Say's Alien's Came To Earth In Peace On A Mission To Stop Humanity Destroying Itself
I mean, it really, really doesn't get anymore straight up as that title dies it. I wasn't confident enough before because I thought I had to know every single detail of this UFO sighting taken by the satellite probe Voyager. But, as it turns out though, I'm writing about a UFO and not a new language.
Check out the links I've added as there's lot's of stuff to know about these Cigar shape UFO crafts.
Here's the awesome Secured YouTube video:
Please share your thought's and opinions also any ideas that you might have about this amazing UFO in the ring's of Saturn. Also please share this post with someone who you think would appreciate it, cheers.
Check Wikipedia Voyager for more here.
Credit: Secureteam10/Sun/Voyager Wikipedia/Aboluowang News/UFO Sighting's Footage/UFO News/Canva.