The International Space Station has another visitor but this time it looks exactly like a sword. It has what looks like a blade, a handle and a guard.

Knock knock, guess who? Yep, you guessed it right the first time... it's a UFO at NASA's biggest money pit and yet again this time it's just downright freaky!

Firstly this UFO looks just like a white sword and as it emerges from the inky blackness of space it looks really spooky especiallyhow slow it emerges from nowhere. In fact it looks very ominous, it's freaky, just looking at it is really uncomfortable and almost like the UFO is 2 seconds away from doing something really disastrous? I don't know what they might do and I don't want to speculate but it gives me an eerie feeling as if it's just biding it's time so it (the UFO) can fire at the ISS? 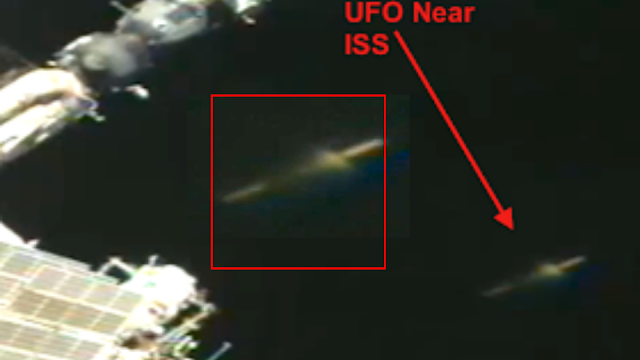 Credit: NASA/UFOSighting'sDaily/UFO Sighting's Footage/UFO News/Canva.
I mean - it's more than likely not going to happen as there's known nothing to base the speculation on. But why is it there in the first place visiting the Space Station and because it's actually flown up to the ISS and stopped - that has to be a planned decision, right? The UFO slowed down in front and it's stopped just at the side of the International Space Station and that all takes a deliberate concious effort because in space there's nothing to slow the "craft down" at all?
Related post
NASA Quickly Cuts Live Feed To Hide Weird Looking UFO That Turns Up
Because the one thing that nobody on planet Earth can deny, is that something is most certainly right next to the ISS in this UFO video! The amount of UFOs that visit the International Space Station is incalculable by anyone because there's most certainly incidents where people have seen UFOs in the live feed and made a mental note to come back and screen record the event but forgot to do so. Then there's incidents of people who have seen UFOs in the live feed from the ISS only for it to have disappeared from their phone recordings completely.
Related post
Triple UFO Triangle Formation Caught On 3 Separate Cameras At The The ISS
Some ISS UFO sighting's don't get reported and some do and because of that, it's incalculable to literally put a number on it. Do you fancy having a look back at all the ISS Live feed Footage and scan the screen like you've never done so before? The answer is most certainly no. Therefore it's incredibly difficult for anyone to put a number on the real UFO sighting's, but there is a reported number which is from MUFON. I'm not a member and I never will be. Personal reasons,  but if you know my blog articles and other News articles you'll more than likely know why I don't. They charge people for accessing freely reported UFO sighting's and I don't agree with that. 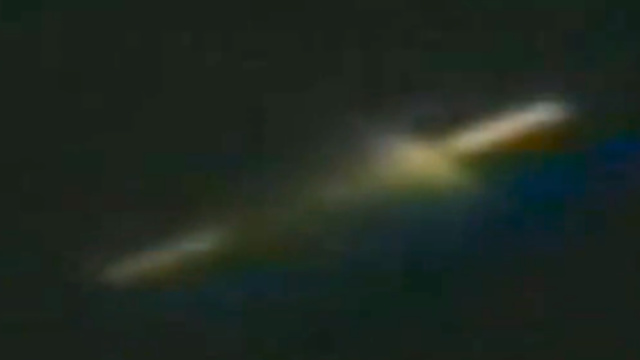 Date of sighting: January 23, 2012
Location of sighting: International Space Station
This video was recorded off the live NASA cam this week by Youtube user Legend35ot. Lucky for the public, this guy has been keeping an eye out for UFOs on the live cam. He has recorded a  lot and this has to be his best catch ever. Every piece of evidence is a piece of straw…that will one day break the camels back. You hear that NASA… we're coming for you.

Here's the actual full video as recorded from the ISS Live TV feed by YouTube channel Legend35ot:
Please share your thought's and opinions also any ideas that you might have about this amazing UFO sighting filmed right next to the ISS with NASA cutting the live TV feed "yet again". Also if you could share this post with someone who you think would appreciate it, that would be great, cheers.
Credit: NASA/UFOSighting'sDaily/UFO Sighting's Footage/UFO News/Canva.