Here we are yet again with another UFO appears at the International Space Station. I'm sick of NASA not investigating the issue of Alien's at the ISS.

It turns up and start's to come forward from the top of the video screen with the International Space Station judt in the foreground and to the right. It's almost got the look of a 3 wheeler car or a motorbike with 3 wheels (I kid you not) or it has the look of a UFO with headlight's even. It's not a Ford or a Tesla car. In the decade I've been writing about UFOs I've never come across such a strange but "serious NASA video of a UFO with headlights". In fact recently I've either started picking the most bizarre looking UFOs to write about or I'm just presenting what is happening out there? It's both. 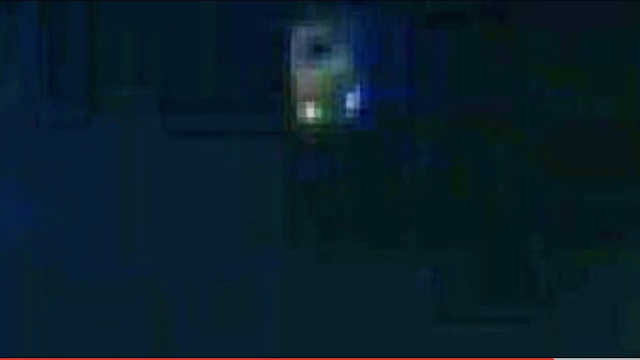 Credit: NASA TV Live Screen/WTFSatellite Pictures YouTube/UFO Sightings Footage/UFO News/Canva.
There's that many UFOs turning up at the ISS that cherry picking the best one's is possible, now that's one of the most amazing thing's about UFOs and the space station. You can, if you choose to wait a very long 30 minutes, you can pick the best UFO sighting. It's a long time 30 minutes but you won't regret it.

I'd almost expect this from a UFO encounter on Earth or should I say, in the skies of Earth filmed by a guy with questionable taste in jackets, but in space right next to the ISS, it's a new one on me. And to boot, in a live TV feed... now that is definitely a brand new one on me.
NASA seems to notice this UFO way to late (yawn, oh gosh, yet again) just leaving it out there hanging on the washing line of space conspiracies for what seems like 10 minutes "but is more than likely 15 seconds", top's. NASA TV screen watchers or TV screen engineers (watching for UFOs on NASA TV). Anyway's their engineers seems to notice that something is there at the last second. To be honest it's as if something is almost sneaking up to the ISS, (so yet a bloody gain) they just switch the screen off. The screen literally goes bright blue or a bright digital blue as I have just created the name to describe the blue screen. 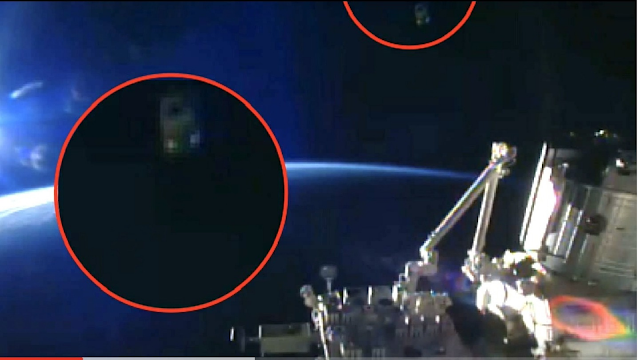 Credit: NASA TV Live Screen/WTFSatellite Pictures YouTube/UFO Sightings Footage/UFO News/Canva.
Are you sick of NASA turning off the screen? Because I am sick to the back teeth of NASA playing th gate master of information and of information about Extraterrestrial entities that belong's to everyone! Yes, that's right I own it, so do you. Congrats, your the proud owner of UFO activity in low Earth orbit, now don't spend it all at once.
When a UFO comes on over to the ISS with that "I'm acting sneaky, but I'm no threat, honestly, behaviour" I think we should leave the cameras rolling and an astronaut should get into a spacesuit, he or she (ladies first, lol) go out of the ISS and literally hold up a sign that says "Hello" with a 💖 heart and stars emoji. While the rest look on with one finger on the eject button.
It's ten times better than turning off the light's and getting behind the settee acting like the loan man is knocking at the door. Astronauts are on board the ISS saying shhhhh! It's the rent man, I owe 3 months rent. Don't make a noise, he'll go away... Then the microwave ding always goes off or the phone start's ringing and the astronauts have got to style it out behind the couch.
Okay all laughing and joking aside, if NASA always turn off the live feed when a suspicious UFO comes into view. Doesn't that mean we've caught them in a blatant cover up? Once is normal, twice is coincidence but three times is deliberate. So what does that make 300 times? I'll tell you what it means, it means that NASA is treating us all like idiot's. It means that NASA is deliberately covering up the existence of Extraterrestrials and you and me are idiot's who can't do anything about it.
And that statement is spot on, what can we do? Also it's true that it's a cover up and it's blatant. With impunity and without fear of consequences. It's a public agency publicly lying, ethics mean nothing and standards are set as they see fit. Anything else isn't taken into account. That means it comes down from the top! That means it's an inherited behaviour which goes further than any - one person at NASA. That points to a shadow agency which is really in control and is not in the public eye because there's nothing public which points to their existence except for it's unwritten directives.
Related post
UFO Comes Up To SpaceX Rocket And Turns Away
It's insane, they should be on a Tic Tok live stream or at least go live on YouTube because it's a 1 in 3 days attempt that Alien's have turned up yet again only for humans to ignore the doorbell. Yep, 1 in 3 because UFOs are alway's and I mean alway's turning up at the ISS. Why do you think people watch the live feed of the ISS? It's to see them Alien's and the thing is, they always turn up I kid you not. That's why there's umpteen videos of UFOs flying past, flying at, under, around and around the ISS coming and going from the International Space Station. Space is teaming with Aliens especially once the Alien's discovered our TV signals, radio signals "you know, all the stuff we listen for in space looking for Alien's". Well, as it turns out, that's exactly what Alien's have been doing, listening to the obvious sounds in space made by intelligent beings. And as it also turns out, TV is not just a big draw on Earth... it act's the exact same bloody way a survival beacon does. Alien's homed in on the origins very quickly and low and behold, there's a planet in the early stages of development. They call themselves human being's.
Related post
Triple UFO Triangle Formation Caught On 3 Separate Cameras At The The ISS
That's just my dramatisation of how the conversation between one Alien astronaut engineer might have gone with an Alien politician. It probably ended the same way as we did with "keep a lid on it and don't tell nobody".
Here's the full YouTube video from WTFSatellite Pictures:
Please share your thought's and opinions also any ideas that you might have about this amazing UFO sighting filmed right next to the ISS with the inevitable digital blue color screen being cut to.
Also if you could share this post with someone who you think would appreciate it please do so, cheers.
Credit: NASA TV Live Screen/UFO Sighting's Footage/UFO News/Canva/ISS High Definition Live Streaming Video of the Earth (HDEV)/UFO sightings in outer space Wikipedia.