I Can Prove Alien's Are On Mars | Check This Out

There's definitely something intelligently made on Mars and it was put there by either humans or Alien's. Either way it's a silver structure on Mars.

This has got to be the best Alien structures evidence on Mars,  that there is or will ever be?

Mars has a definite Alien presence and it's in such amazing photo's like these that we can prove it. 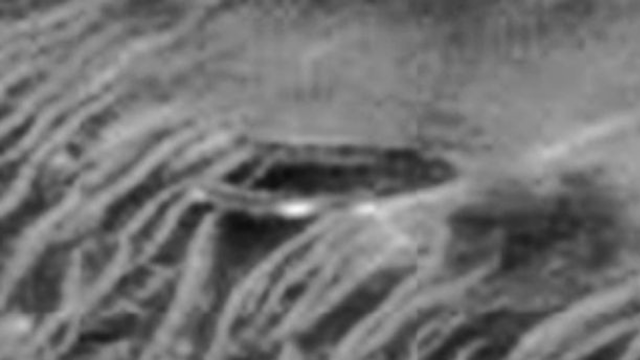 Credit: NASA/Gigapan - Neville Thomas/UFO Sightings Footage/UFO News/Canva.
Maybe NASA has said "all it's going to say" by releasing some unedited photo's with blatant, no mistaking Alien spaceships in them? Because there's absolutely no mistaking this photo content for swamp gas! So what's your thought's on this Mars photo? What else do you think that this photo could be showing? Do you think it's showing a rock and we're seeing it wrong (or at least it's me seeing it wrong)?
Related post
Whistle-blower Claims He Was Stationed On Mars To Defend 5 Colonies
If it's a crashed satellite probe then I'd understand that but if it was a crashed satellite probe it would be a mangled wreckage. If it was a top secret Mars mission we'd never know, if it was a Space Fleet Base set up as a human outpost we'd be able to see it, but who the heck would admit to that in Government and wreck their career because nobody in politics would trust them with stsye secrets anymore?  So, basically no matter what way we look at this, we're not gonna get official White House statements from the lawn or signed documents stating that yes indeed the craft on Mars is an outpost for humans because we've been on Mars since 1961. 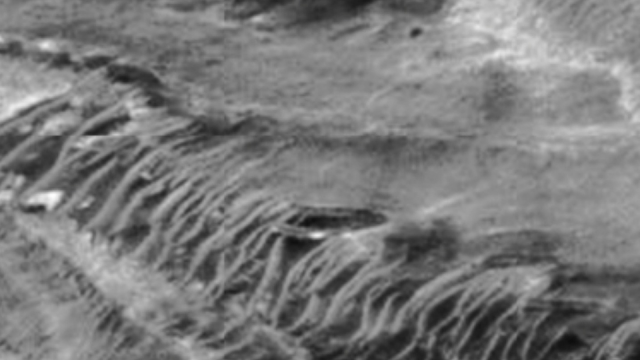 Credit: NASA/Gigapan - Neville Thomas/UFO Sightings Footage/UFO News/Canva.
Related post
I'm Shocked 7 Tunnel Entrances Discovered on Mars | Real Underground Bases
Seriously, it's just not never gonna happen like that. It's gonna be whistle-blowers, leaked documents, secret recordings of politicians talking about it and or retired generals giving last will and testimonies. Aka deathbed confessions. I'm being serious about it, there's a silver metallic frame structure on Mars with blacked out windows on the ledge of a cliff top.
Before I knew about this amazing structure I would always focus on the pareidolia seeing familiar things in clouds or rocks etc. Oh and the UFOs on Mars which there's a few. But this, but this is like the number one thing that anyone needs to know which proves beyond any doubt that either Alien's are on Mars or it's a human outpost. It could be joint venture with Aliens and humans working together?
Here's the actual YouTube video:
Please share your thought's and opinions also any ideas that you might have about this amazing structure on Mars? I told you that I could prove that Alien's have conquered Mars and are on there. Unless it's actually humans that are on the Mars mountain side since the mid 20th century? But I'm pretty sure that it's definitely not humans because we've still got many drawbacks which would stop us from getting that far. Like the lack of leadership for one and technical abilities. So, like my title says  Alien structures on Mars.
Link:
http://www.gigapan.com/gigapans/170592
Credit: NASA/Gigapan - Neville Thomas/UFO Sightings Footage/UFO News/Canva.