Here's a fantastic UFO sighting right next to the SpaceX rocket while it's hurtling towards it's prearranged destination in space. It's a real UFO.

This is a SpaceX launch but with a twist, there's what looks like a very strange looking structure but it's right next to the SpaceX rocket as it os still rocketing towards it's destination in space.

OMG this is so unusual and it's not just me who's thinking that this shouldn't be there. For one it's flying so close to the SpaceX rocket that this is dangerous. 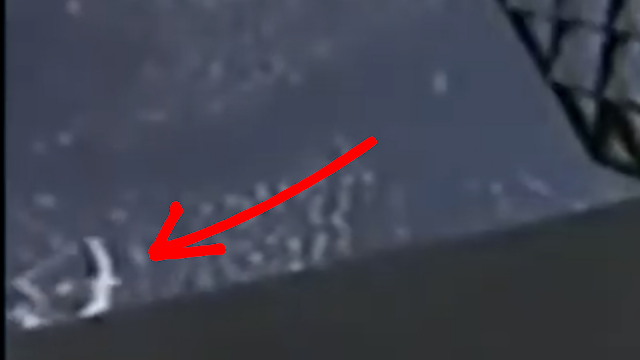 And then there's the fact that this isn't part of the SpaceX rocket at all. This rocket is still on it's way to it's prior agreed upon destination in space.

So, we've already established just a few thing's that we already know - this should not be happening but yet there it is. I'm pretty sure that someone's going to try and figure this out and say it's a normal rocket gadget like a manoeuvrable arm or a part of the rocket somehow?

Well I'm seriously not so sure that this is a normal rocket extension or a regular part of the rocket? What's your thoughts on this one guy's? I'm thinking about it been a real UFO which is there either visiting the rocket or it's just snooping about trying to gather as much information as it can? It really could be anything but one thing that is real, is that it's definitely something! It could be nothing more than a SpaceX extension, a signal dish or a remotely operated arm with limited functions? But definitely someone knows what it is...

Here's the epic video that was uploaded to YouTube by UFO Jane's channel: