One day hopefully I'll get an actual answer from NASA explaining why they keep on treating the full world like idiots because ive asked them in a bullet point letter and so have many other people!

Okay it's a bit more polite than that and it's set out a lot more to the facts, but as anyone who reads what I've sent them, they should understand that history will be their judge because it's so blatant what they're doing. I have the feeling that history doesn't bother the scientist's at NASA because it's only UFO related? Hopefully they read it like that or they don't get the "bullet points" at all. 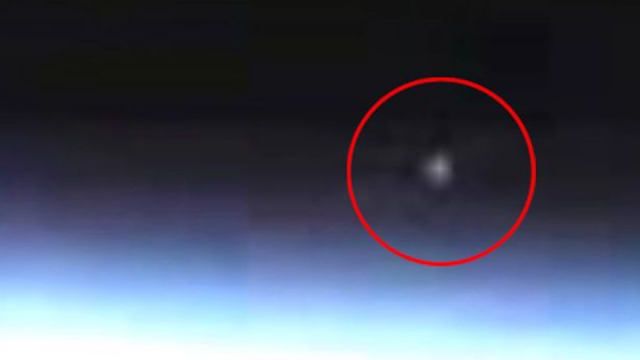 Credit: Mirror/NASA/UFO Sighting's Footage/UFO News/Canva.
This brilliant looking UFO turns up at the ISS and some square head at the department of education for "NASA lies" it should be "NASA lies daily division" deliberately cuts the live feed. This is what could be a forever changing date in history and the so called scientists at the National Aeronautics and Space Administration keep on hiding it. It's just so blatant and it's really obviously hidden in a way that all anyone watching has to do is record the screen and it's history made. Why can't NASA do the same thing!
Look, I'm not just one person saying this, if you look online you will be able to look up an amazing catalog of extraordinary UFO sighting's all taking place at the space station. Because this post is but 1, of a million asking for NASA to come clean about their knowledge of life elsewhere in the universe hopefully it won't be too long before NASA has the decency to admit what we all know is real. You know that there's a billion other UFOs at the ISS and on a regular basis at regular times at regular intervals. They show this silly but very familiar image: 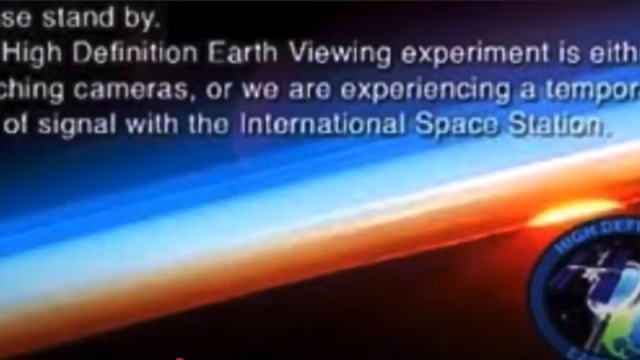 UFO spotters have raised the alarm after the International Space Station live feed cut out just as a large mysterious object appeared to enter Earth's atmosphere.
The incident occurred on July 9 and was first reported by prolific UFO hunter Streetcap1 in a video uploaded the same day.
The enthusiast did not directly imply that the object was an alien spacecraft saying: “This could well be a meteor or the like.
But he implied that the camera being turned off was slightly sinister: "What made it interesting was that the camera cut off when the UFO seemed to stop.”

The sign of Aliens isnt gonna come from any spiritual leader, no religious education or definitely no random doorbell interaction. It's gonna come from research! The more we analyse what is out there already, publicly available and if it's their (NASA's) own footage, the better.
Related post
UFO Docked With The International Space Station
Your only chance of getting proof that Extraterrestrials are visiting earth is with the evidence that's already been recorded over decades, it's not a secret that Aliens exist. The United States of America's Navy had the Department of Defense release 3 UFO video's with distinct Extraterrestrial capabilities. Flying into water and out of water again as if it wasn't there and they can only be seen in the Infrared part of the spectrum. The fighter pilots used Forward Looking Infrared cameras to record them.
Here's the brilliant and "all telling" UFO sighting that happened at the ISS with the scientist's at NASA all saying that essentially it's a blob of cosmic dust! In fact they don't even answer any questions from the public ever so to have one is astonishing in itself.
Quote:

According to the spokesperson, NASA never intentionally shuts down live transmission to hide UFOs. Loss of video is usually due to loss of signals from the ISS.

Unless it's a"Way to go NASA, you are the best" they won't answer any questions or concerns about UFOs at the ISS. It's shady, like 'extremely illegal', it must be right because theyve gotup to the minu knowledge about If your in possession of an Unidentified Object (this is a working progress) yes, just an Unidentified Object, this shitty must do one right?
Here's the brilliant and even amazing UFO video caught on live feed by Streetcap1:
Please like and share this post with anyone else who you think might appreciate it, cheers.
Credit: Streetcap1/Mirror/NASA/UFO Sighting's Footage/UFO News/Canva.