This is a semi retired Doctor that has set up a remote motion detector and camera in his back yard to film UFOs. He has been successful in doing so.

A US doctor has kept 2 camera's trained on the skies for years and has finally proved that Aliens exist by filming multiple UFO sighting's that are exceptionally detailed.

The doctor arrived at his own hard earned conclusion through passion, determination, luck and  because he never gave up on a personal belief. Plus it really helped that he put up 2 camera's with motion sensors and sat back and waited for years for these UFOs to be in the right place at the right time, I can appreciate his determination.
While luck obviously played a part of this story, it's all about belief as far as I'm concerned because who else would put up motion sensors and cameras, for years and eventually walk away with arguably some of the best UFO images that there is? That's everything I've mentioned above, right there in one capsule! Determination, passion, belief and pure luck. And it paid off big time. 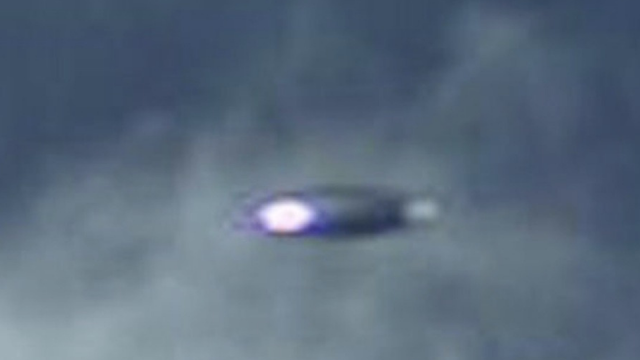 A DOCTOR who has kept cameras trained on the sky for two years claims to have captured conclusive proof flying saucers are real.

He's not alone in his Extraterrestrial beliefs in this day and age because of the whole storm Area 51 shenanigans, the tons of air time that TV journalists have given and especially after the US Government released the multiple UAP fighter pilot UFO videos just a few years ago. Since then UFO sighting's has literally rocketed (excuse the pun) which is probably down to people taking at least some notice that this is the actual US Government saying that essentially Alien's exist, so people are keeping a watchful eye on the skies!
Related post
The Department of Defence DoD released 3 UAP videos
It makes perfect sense to put the date of UFO disclosure from the US and with UFO sighting's starting to rise, well it doesn't take a genius to determine that people are now more aware of ufos, that what's out there in the skies and

UAP? Why not say UFO?
They’re basically the same thing. UAP stands for unidentified aerial phenomena, which is a new fancy way of saying unidentified flying objects. Naming a Pentagon program after UFOs would be far too silly for a big, very serious government intelligence program. More seriously, putting “objects” in the name could be too limiting of a word for a program that deals with the unknown. Can we really consider them “objects” if we’re only seeing strange shapes through fuzzy camera footage from military aircraft? “Phenomena” would be a bit more accurate. It’s defined as “a fact or situation that is observed to exist or happen, especially one whose cause or explanation is in question.” 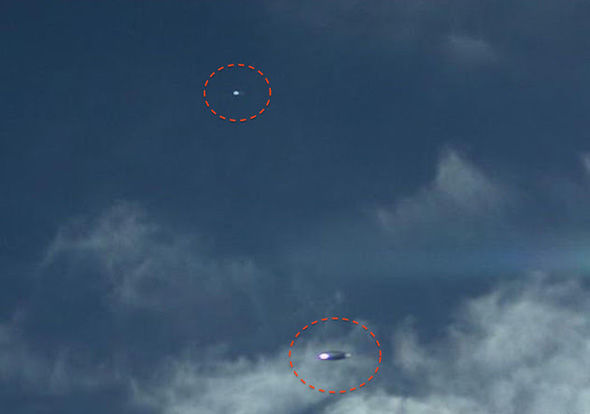 Credit: Doctor Richard O'Connor YouTube/UFO Sightings Footage/Canva.
The above photo shows 2 UFOs in one image which was actually taken by motion sensor in Doctor Richard O'Connor's back yard. It's a great way to get a UFO sighting without having to wait, it detects movement and triggers the camera to record.
Dr O'Connor put up two Reconyx Hyperfire PC 900 Trail cameras 30 feet high on the southeast corner of his house, hoping to catch some evidence of UFOs if they set off the motion detector.
When triggered by motion, the cameras, which are about 30 feet off the ground, shoot 20 photos at approximately 1-second intervals. 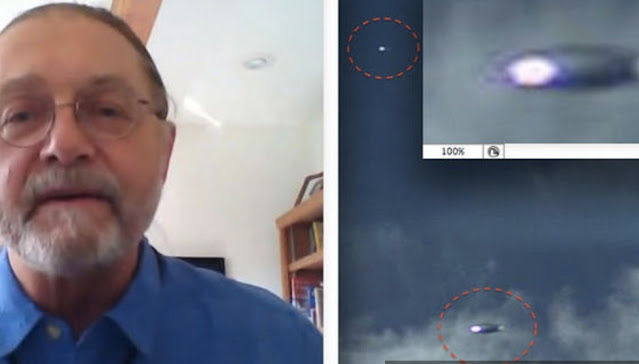 Credit: Doctor Richard O'Connor YouTube/UFO Sightings Footage/Canva.
And believe me, 20 photos at 1 second interval's is enough to capture the best HD photos that there is. Take onboard that the cameras are a very good make, then we have a recipe for some extraordinary footage! Motion sensors are an emerging"great way to catch UFOs on film".
It's literally a case of point, turn it on and leave it. If it's set up to alert you when it triggers the motion sensor then that's even better because there's no need to keep on checking the data. Look, it all literally depends on your budget for a good camera, it depends on if your comfortable with leaving the expensive equipment out in your back yard or like some people have done, have a camera set up to watch the main camera, lol.
But still, catching UFO proof on video is becoming an obsession for some people. I totally understand it, i get it because it's something that I've actually done myself and even though i did catch Orbs, they was to far away, i couldn't get the details that I'd have liked to of captured and 8n all honesty it was a few years ago and I didn't really have the right equipment. I was young, I was more happy with trying to catch one just by eye instead of motion sensors and high end cameras on tripods with dedicated apps etc.
But i totally understand and appreciate people who are putting in the hours, who are spending lots of hard earned money to prove once and for all, so that the people of the world will know once and for all that Extraterrestrial entities are here on Earth, I can really appreciate that, good on you.
But he believes the latest few include the long-sought evidence of alien-flown UFOs (unidentified flying objects).
The semi-retired anesthesiologist at St. Peter’s Hospital in Helena, claims there are no other logical explanations for the sequence of five pictures showing an object flying through the skies.
He said:

"In my opinion, even a hardened sceptic would say ‘Wow, that is what I expect a UFO would look like.’
"It appears to be a light source.
"These photographs are proof positive that UFOs are real.”