This is the time when a UFO comes right up to a US AirForce jet but from behind. How the hell did this pilot know know it was heading towards his Jet.

Here is an Air Force pilot in a Jet that actually has seen the UFO but way before it comes into view, and yet it's behind the Jet.

Fighter Jet's have an array of different instruments showing their immediate surroundings and further afield. They're constantly watching and scanning the horizon, their cameras are constantly scanning for fast moving objects, heat signatures and anything at all coning close to their Jet. So believe me when I say that this UFO was known about well in advance and then satellites take over and liters follows it to wherever they go to. Satellites constantly filming the Earth in tandem with the next one near it is a "time travel" kind of system because whatever happens, wherever it happens these cameras can be rewound to the exact time and place... Starlink satellites will make a lot of things a thing of the past, they will also send a lot of things underground but that's only if you believe that they have cameras on board the mini WiFi satellites 🛰 developed by Elon Musk?
Quick quote:
Typically when operating in civil airspace, military aircraft will fly under the civil regulations for that airspace. Training flights are usually conducted in dedicated airspace under military traffic control.
In some cases the military ATC assumes responsibility over military aircraft in otherwise civil ATC controlled airspace. 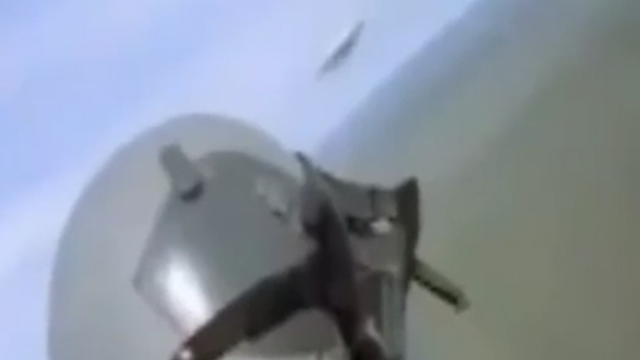 Credit: Aviation/UFO Sightings Footage/US Air Force/UFO News/Canva.
Therefore there's got to be some recorded evidence of this Air Force Jet and possibly the UFO? I say that because the pilot looks like he's aware of the UFO therefore it's picked up on radar and maybe the air traffic controller has told the pilot and that's why he looks like he's expecting it and it's flying behind the pilot. Maybe the UFO was picked up on a top secret military satellite camera "possibly" or another GPS tracking system based on sending out a signal and receiving and I say all that because to me, it really looks like the pilot's expecting the UFO to be flying behind his Jet and there's got to be some sort of proof in recording somewhere?

That's well worth remembering because someone or something warned him, right? That stands to reason for me because he's a pilot, right but he doesn't have eye's in the back of his head but his Jet does!

So we're talking about technology such as radar, GPS, Flir and or movement assisted cameras and the recording of said instruments showing a strange anomaly ie fast moving and fast approaching the Air Force Jet and at that stage it's a UFO. Somebody, somewhere definitely knows that there's a digital file that definitely exists with UFO recording(s) on it. That means, the Air Force is aware of just more than the 3 declassified UFO videos. I know that we the public are aware of 300+ alleged UAP videos but they haven't been released yet and I'd like them to be released so we can see if there's more than one type of UFO crafts out there ie not just the classic Tic Tac UFO, sorry I mean UAP. I'm also calling them "classic Tic Tac shape" because if these are officially the very first declassified and released UFO videos then these will be called (in the future) the classics, or the originals!
Check out this link at Military dot com for more on this video.
Related post
Blacked Out Military Helicopter Escorting 3 UFOs
Is anyone or anything actually inside of them and actually flying them? Are they autonomous maybe, are they surveying humanity and have they put mankindunder surveillance? Are they gathering information on humanity or the Earth itself ie the vast and in some cases endless mineral deposits, the many different types of metals (minerals I know) and the precious elements. Are they looking to steal our elements not found in any natural state which scientists have created? By the way, which takes a huge investment and even larger set up like CERN to create dark matter which takes massive amounts of energy and effort just to create a pin-head's worth? 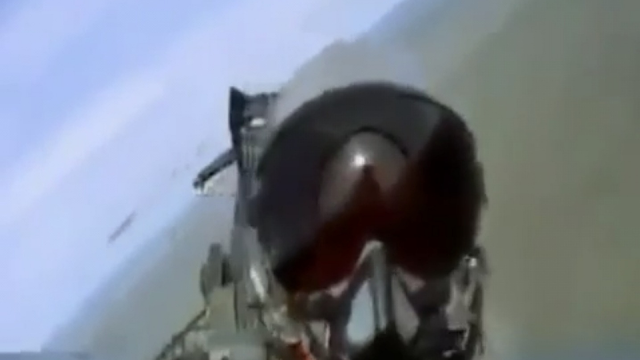 Credit: Aviation/UFO Sightings Footage/US Air Force/UFO News/Canva.
Because in space, it's not gold that species want or need or diamond's neither although it's rare on Earth, gold and diamond's are abundant in space and relatively easy to obtain. See this post for more info becauseyour a potential Billionaire.

Yes, it's true that UFOs are real on Earth. It's also true that they won't communicate with this planet's main inhabitants and believe me that doesn't look good whichever way anyone wants to look at it.

It can be seen as threatening and the implications of a threatening but largely unknown threat is very unnerving if you ask me. Why else would they be speaking around in the shadows using cloaking devices and running from the Air Force and not pulling over to check their drivers licence, lol. But all laughs and jokes aside, it's blooming serious, they're acting exactly like a human with something to hide would act, right? And, what's the implications of this behaviour? Taking everything into account that we know, guy's this isn't good at all no matter which way we look at it.
Related post
Silver Disk Is Filmed Flying So Close To Jet It Can Be Touched | I'd Be Paranoid Though
They're trespassers at the very least, they're uninvited, they come and go when they please, we don't know what they're bringing with them and we don't know what the heck they're possibly taking away from Earth with them!
Dark matter, probably the most expensive thing to ever exist on this planet. Extraterrestrials might need this and it's easier to just take it rather than make it. It's the age old problem of instant gratification because why would they create something they can just take with no consequences? If they need for instance, say dark matter or anti-matter or anything else which doesn't exist naturally come to think of it. And let's just say they have technology far ahead of ours which we already know for a scientific fact that Extraterrestrials have advanced technologies because the Tic Tac UFOs could only be seen using Flir cameras. That's Forward Looking Infrared cameras, basically it's a cloaking technology which renders the Tic Tac UAPs invisible to the naked eye. The military Air Force pilot's flying their Jet's could only see the UFOs because they was looking through their Flir cameras! For some reason people have somehow forgotten about this information? So again, why the hell are these Tic Tac UFOs sneaking about with invisibility cloaking devices hiding their every move? They don't exist in this part of the spectrum do they?

It's all suspicious and it's all well within the confines of rational thinking. That's probably the most bizarre thing of all this information? It sound's like a garbled sci-fi TV show which got cancelled because the plot was lost. But it's all "very, very real" I can assure you.

Many times we've seen UFOs filmed from planes and have seen unusual looking phenomena that seems to fit the bill but this is clearly something else and in a league of it's own. It either showed up on his radar in the cockpit or he was warned by the tower that something was bearing down on his position?

So, with that said it might be that there is radar evidence of this UFO and if the tower warned the pilot there should be a recording of the tower and the pilot communicating about this unknown UFO.

Here's the actual video from the cockpit of the Jet:

Please share your thought's and opinions also any ideas that you might have about this amazing UFO sighting filmed from the cockpit of a US Air Force fighter Jet. I'd also appreciate it if you could share this post with someone who you think would appreciate it, cheers.
Credit: Aviation/UFO Sightings Footage/US Air Force/UFO News/Canva.