This is what it looks like to me, sure it's gonna look different to everyone, it looks like 3 UFOs are been escorted by a military blacked out helicopter.

It's definitely open to interpretation and what's more is that there's definitely a right answer "there has to be" but it's just getting to it which is where all the controversy lives. There's a good chance it's real and there's an equally good chance that it's fake, you decide? I'm gonna be posting this because of what we now know from recent UFO disclosure of the UAP videos. When the US Navy released the 3 UAP videos on behalf of the DoD (Department of Defense) we had specifically been told that UFOs that look like this, act and behave like these are in fact "real UFOs" so now we need to go back through the decades of UFO sighting's and get busy. I've already found at least 4 possible times where exactly the same shape and size as the Tic Tac UFOs, have been sighted. I've already posted about them. But believe me, the 4 that I picked was random from a large pool. What's the chances that the 4 UFO sighting's that I picked from regular Tic Tac looking UFOs and they really could turn out to be the same as a Tic Tac UAP exhibit the same behaviours?
Related post
Hiker Catches Flying Saucer on Video Cam Being Chased By Jets | New Info
And because of that I really do think that all it takes is for someone to create a video with a lineage or timeline showing that these UAPs have been here for a long time. Because they probably have. I'll post a *coincidence UAP incident caught on video of multiple UAPs over a nuclear power station which shows multiple Tic Tac UFOs, I'll share the images at the bottom of this post. 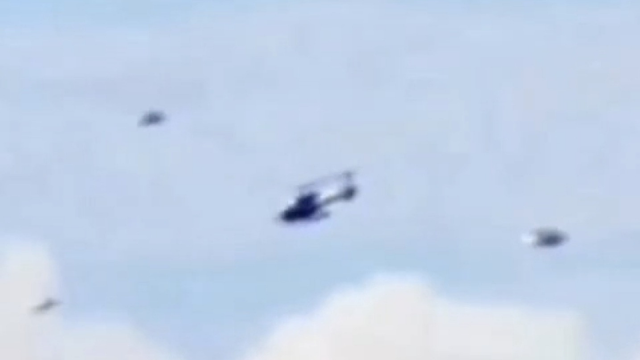 Credit: US Military/UFO Sightings Footage/UFO News YouTubeChannel/Canva.
Even though there is no right or wrong answer, I almost feel like not giving one because sometimes it is not well received by people? I try to point thing's out that go for it and thing's that go against it, then get trolled for it. I enjoy asking questions to problems I don't have an answer to, that's why I post UFO videos that look real, but I know people have a lot of knowledge in graphics so can give us more insight. I enjoy bringing you the most controversial UFO sighting's because these have character and have the most chance of being real. At least I hope they have the most chance of being real... 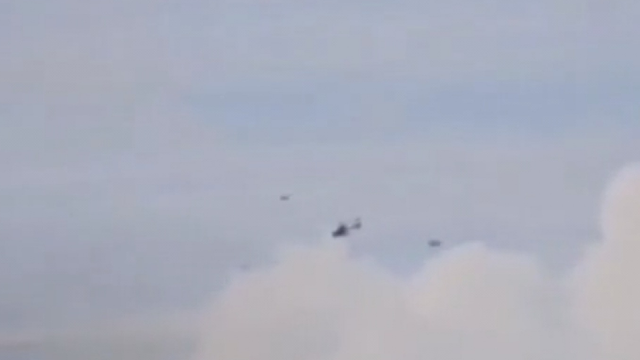 It looks like a Military Helicopter which is either escorting these UFOs or it's the other way around? Unless the crew and pilot's not even aware of the 3 UFOs then this is a case of UAPs because the Tic Tac UFOs are definitely in this style.

Related post
2 Military Helicopters Escorting A Flying Disk in What Looks Like A Real Video
There's a lot of UFOs been filmed close to military planes and military bases, but why Jet's, helicopters and military bases is it something that we should be concerned about? It's probably one of those questions that time can answer, one way or another... Just like the UFOs in this fantastic UFO video, we can see an almost cooperation between the UFOs and the aircraft's piloted by humans? If it turns out that it's a fake UFO video then it's gonna be enough for me to question what I'm doing - which is researching UFOs because I've absolutely 100 percent had it up to here writing about a news article on some interesting UFO sighting only to find out it's a bogus sighting. I don't like being fooled, ordain into really believing a UFO only for it to scientifically be ruled out. Yeah anyone can say it's fake or it's been debunked, they're just words based in nothing. But when real scientific proof is added, side by side and an original video appears without the UFO, that's when 8 really question it.
The information on this UFO encounter is that it was filmed over the Pacific Coast.
It's more than likely an attempt at silencing UFO researchers by anti disclosure groups and they've been proven to exist. Disinformation projects really do exist along with misinformation projects and other covert, underhanded tactics adopted by people working on behalf of agencies that don't want information out there.
Here's the actual full YouTube video uploaded by UFO News:
Please share your thought's and opinions also any ideas that you might have about this amazing UFO sighting. I'd also appreciate it if you could share this post with someone who you think would appreciate it, cheers.
*Below is just one example of a "coincidental" incident of multiple UAPs or Unidentified Aerial Phenomenon, over a Nuclear power station:
Here's a very similar UAP incident that happened above a nuclear power station, just how many UAPs are there and how long have they been coming here to Earth: 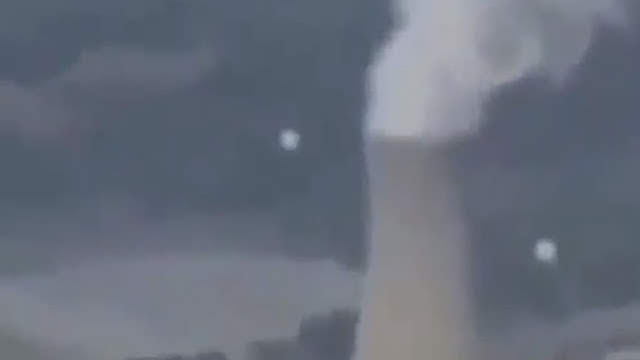 There's a lot of Tic Tac UFOs here on Earth. How the hell can these UAPs be allowed to fly unchallenged above a sensitive place like a nuclear power station? 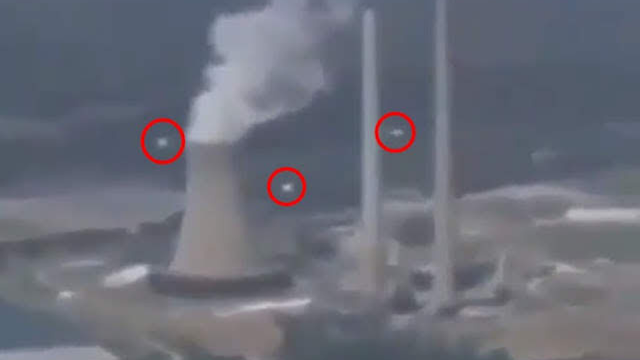