Mothership Flying Past The Moon With 2 Smaller UFOs

There's no need to rush into believing in Aliens or the crazy assh vehicles that they fly around in.

Meanwhile over on the Moon there's been a couple of UFO type vee-hic-u-lars flying all up and down like they own the place. Actually, they might but my point is we own it right and until we know otherwise I'm cancelling all leave and holidays and we're going to get suited up and do nothing. That's a quick quote from the NASA handbook, hurry up and wait, get suited up and do nothing! Lol, it fits like a glove.

Yeah, so take that Aliens. We're going to be all over the place soon, maybe? In the future we will be a big deal. But in the meantime we're doing absolutely nothing and you better like it!

Okay, my stupid point is wise and informative but I think you get the picture.

They're (Alien entities) definitely using the Moon as a base, we see them all the time on the ISS live feed, they come and go and NASA’s answer to this blatant Extraterrestrial two fingered salute is to look the other way and say, UFO, what UFO?

Or, what you think you saw, you did not see, in actual fact what you saw was a temperature inversion brought on by an updraft of hot air via the gulf of blah de bloody blah. They should go confront them now or was planting that United States flag all for nothing?

Not our bravest hour I'll have to admit. Also I'm dropping the "us" bit it's just them from now on. They are a bit to flakey, light on their toes if you know what I mean. Got no back bone, all talk.

I mean, look at the bananas on that Mothership! It's actually bananas that I'm here writing about a UFO flying, no, hovering or whatever else it's doing over the Moon - and that's not considered "bananas"? You can bet the bank on that one! It's just another day at the races though for me, this is going on all the time. Every single day, someone else is capturing another amazing UFO and posting it on social media and nobody, and I mean nobody is doing a thing about it except people like me writing about it.

Unless lying about it is considered doing something about it then yes, it's been dealt with by NASA, ESA, Roscosmos, JAXA, JPL. 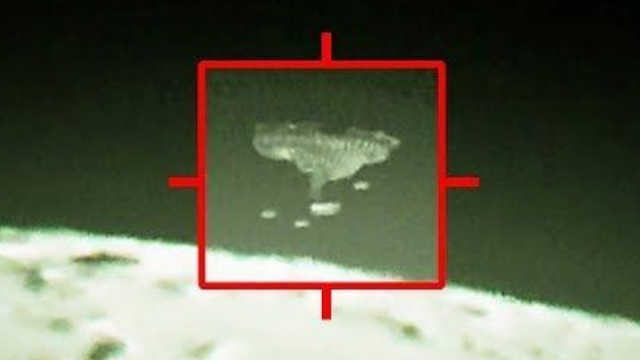 You see, I see that flying (God knows what it is) out over the Moon and I wanna know what they is up to. I'm nosey, a nosey Parker if you like but at least I'm honest about it. It's interesting, it's proper good, it's got unbelievable implications if it's real and that has fascinated me since I can remember. Now run Forest, go watch the video and come right back...

Continued right after the break.

NASA, lol. They see that Mothership flying across "my" Moon and they say, oh that. Yeah, I was out. Didn't see a thing and I'll testify to it.

Grrr, kinda wanna makes me go out fist bumping you know what I mean?

An alien mothership has been captured over the moon being flanked by several smaller UFOs, according to conspiracy theorists (me) online. In bizarre footage taken by an amateur skywatcher, four objects can be seen travelling above the lunar surface.

Your free to believe in whatever, whenever you want to, right. But before you decide on whatever crazy thought you have, that you think your the "first one to have it", just let me have 2 minutes of your time to show you what I think is a bona-fide real life UFO, in fact there's several UFOs here in this video (below).

By the way, thoughts ain't unique, we all have them and there's nothing that you can think of that hasn't already been done.

If you wanna just skip to the UFO video at the bottom of the post I'd understand it. I've written a good post but I understand that not everyone has the time to read it. And not everyone believes in Aliens, or Bigfeet.

Most people say "I don't believe in Aliens"...

I can almost hear Alien's saying "but we believe in you". You know, that kind of thing. This is absolutely amazing, it's the tantalising truth in bite size video format. 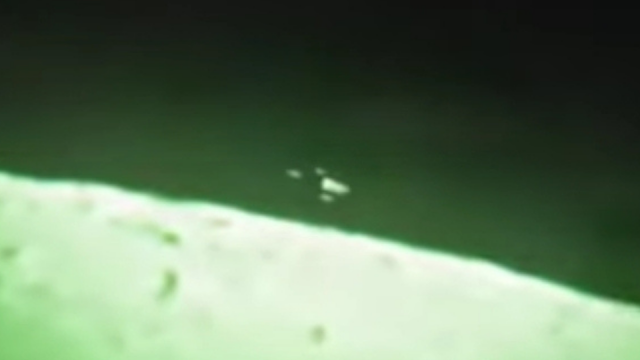 It could very well be nothing more than a matchboxed sized crystal which under a specific light, gives untold energy via a receiver and that turns it into usable go quick juice on the fly. But then again it is more likely that I can't fathom it because it's Alien technology. I have more thoughts on that. 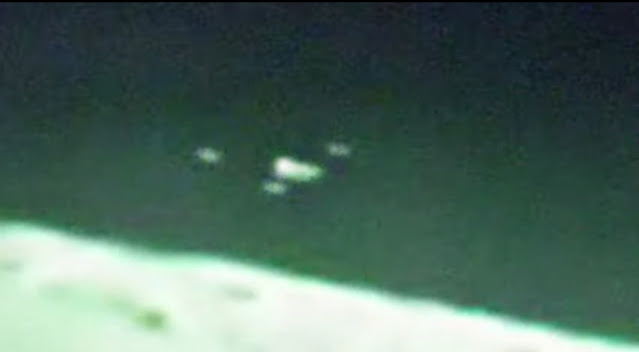 But I do know that we're shrinking technology size, but why and what's it going to look like in 100 years...

See, everything is shrinking down to size for a reason. Technology is always getting smaller and smaller and better. A lot, lot better!

My own personal opinion is that it's an innate, inbuilt "must course of action built into our DNA" or an unavoidable preset direction in which technology, science, knowledge, devices and well pretty much everything that you can imagine is going to be whittled down so that everything can be taken in to space on the next chapter of humanities journey.

Are we preparing ourselves for the future, is mankind pre-destined to sail through the endless empty inky blackness and the bleakness of empty space?

We've spent only a fraction of time on Earth building up knowledge, information and what to do with it. The vast majority of humans time is going to be spent in space with humans still on Earth of course but for the foreseeable future we will be committed to spreading the word amongst the stars and we will be taking all our "gifts, device(s) along with us", for instance technology, information, the survival knive which has many, many duel purposes.

A small smartphone from April 2021 can do now, everything and I mean everything that all technology could do pre the year 2K.

Okay I'm not sure if it's correct or not but in terms of knowledge, gaining information, storing all the books ever written, music and published papers plus physics, quantum mechanics, unofficial history, communications, photography and everything else I can think of "even rocket science", a smartphone from now April 2021 can do because of apps.

Check this out, Aliens in the neighbourhood - better lock your doors.

It's bloody insane when you think about just what a smartphone can actually do in terms of capabilities.