2 UFOs Flying In Formation With Planes

When I first saw this UFO video I thought wow, that does look real. Then I started to think about the implications of a real UFO or two real UFOs here on Earth. The implications are very big, in fact if you read this post I actually say about a few implications of these UFOs been real. There's a few and the obvious one means that there is potentially two Alien planets out there with two Alien races separate from each other or working with each other? That is just one implication. There are lots and some are very scary and some are very, very scary.

Here is a great video showing us what can only be described as two UFOs flying with planes that are in formation.

It's an unusual sight as it looks very clear, it looks like the two UFOs really are there and for some it's a bit much and will never be believed. 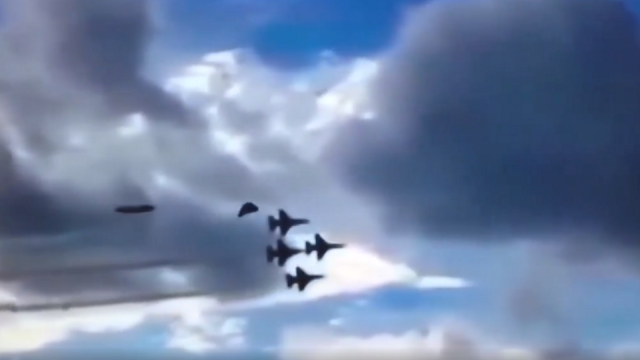 I always, always air on the side of caution because if we let any UFO sighting slip through the net then it will disappear forever.


If we keep all the UFO sightings in one big UFO reference like catalogue then we're covering our bases so-to-speak.


Seriously, a lot of people are not used to seeing a HD UFO video and everytime they do, it looks to good to be true, right?

Related post:
Is This The UFO Have We Hoped To See In Our Lifetime


This UFO video shows us two very different shaped UFOs which is curious. 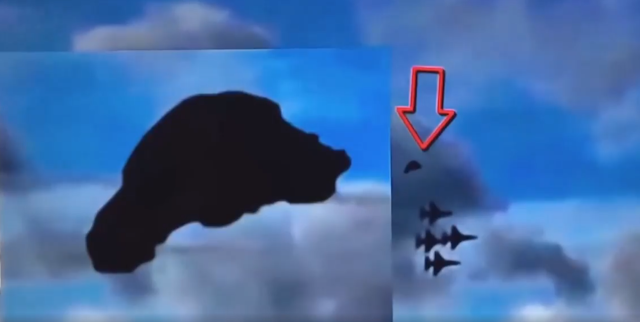 They fly the same as each other and are silhouetted in black the same but their shapes are very different which suggests that these are both different UFOs.

Does that mean there's different Alien races on this planet?


Does that mean that instead of just one Alien planet out there in space, there could be at least 2 Alien planets?

Is there a place where these UFOs go (on Earth) when not engaged in Alien/Earth activity and what is their activity or agenda?


Well, I cannot possibly answer that but I have a theory and that is they are friendly.

I say that because judging by these advanced space crafts, they could if they wanted to - inflict severe damage and if not destroy a large proportion of either people or property with these crafts?


This is all speculation and any and all of this could turn out to be nothing, right?

But, I'm working with the exact same thing as you, this amazing video below:

I'm only going off what I see in the video, I'm going off the implications and what it must take for a space craft to travel through space to be here on Earth, it has to very, very advanced.

That is a very advanced machine.