UFO debris from 4,000 years ago has apparently been found in the Grand Canyon. A team of experts were put in place to survey the crashed UFO debris.

I still get amazed at the discoveries which people are coming across like this Grand Canyon UFO debris which is estimated to be 4,000 years old.

That makes this one of the oldest possible UFO debris sites in the world. Let's not forget the Baltic Sea underwater craft as well. There's a few others but I'm interested primarily in the UFO sites which are accessible like this Grand Canyon UFO resting place on land. It's almost turned to a pile of mangled wreckage of what looks like iron or whatever you can make it out to be. The actual shape of it's inner frames are still in tact but anything else that was there is long gone. Credit: UFO Mania/UFO Sightings Footage/UFO News/Canva.
It's definitely not a natural piece of the Earth just by looking at the surrounding area because nothing fit's and this argument was looked at before. I believe that was tried but unsuccessfully argued as the reason for what we are seeing. A natural iron and rock biscuits I believe they referred to it as? It's supposed to be an ancient lava flow and pressure result... It was a secret US Military task force with experts in Ufology that initially examined the debris of the UFO in 2017.
Related post
Ancient Discovery In Mexico Could Change Everything We Thought We Knew

One comment on this stated; Very interesting. Could this be related to the Grand Canyon caves with egyptian like artifacts? I am told there are actually five, with three known and two others by native leaders of Hopi. 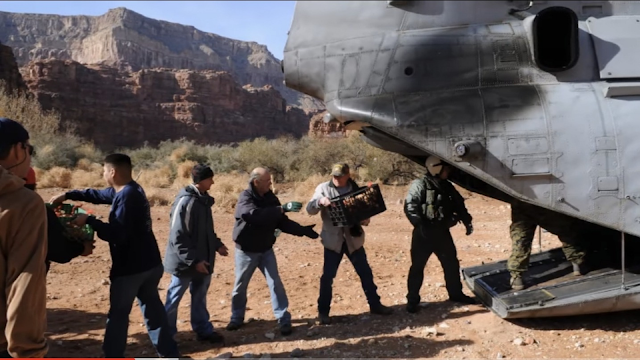 Credit: UFO Mania/UFO Sightings Footage/UFO News/Canva.
I'm not saying it is a UFO debris site and I'm not saying that it isn't a UFO debris site, but as we can see from the evidence right here it's "definitely something" and it's definitely something that shouldn't exist! It's over 4,000 years old there should be absolutely nothing made of metal like this period! People who lived 4K years ago were primitive people with even more primitive tools so this kind of metallic craft definitely is out of place.
Quote:

Several months ago a specialized team of experts were apparently hired to examine debris found at the Grand Canyon. When they arrived at the scene they were said to have discovered the body of a UFO that had rested there for over 4,000 years.

The video here has all the relevant information that you should watch. It's a great story, it's probably bigger than anything that has been before and the UFO debris site is more than likely sill in tact which means that you could probably check it out still?
Here's the actual video uploaded to YouTube by UFO Mania:
Please share your thought's and opinions also any ideas that you might have about this amazing UFO debris site in the Grand Canyon. I'd also appreciate it if you could share this post with someone who you think would appreciate it, cheers.
Credit: UFO Mania/UFO Sightings Footage/UFO News/Canva.