Proof Mars Was Once Inhabited By Intelligent Being's

As far as anyone is concerned, Mars doesn't have any life there. But if you scratch the surface you'll find evidence that there was life on Mars once.

Why is there so much evidence that Alien's exist on Mars but it's been totally and utterly ignored bog time!

Alien evidence is on Earth, it's on the Moon and definitely on Mars but absolutely nothing or nobody should I say, is even remotely borhered or looking into it? If you look on YouTube there's thousands upon thousands of videos about Mars and all the different pieces of uncensored Alien structures, machinery, right across the spectrum of "thing's" are all sat on Mars. There's UFOs in official videos and photographs with other anomalies but NASA hasn't looked into any that I'm aware of, seriously. Not one! Or at least they don't tell the public about any investigation into the anomalies? 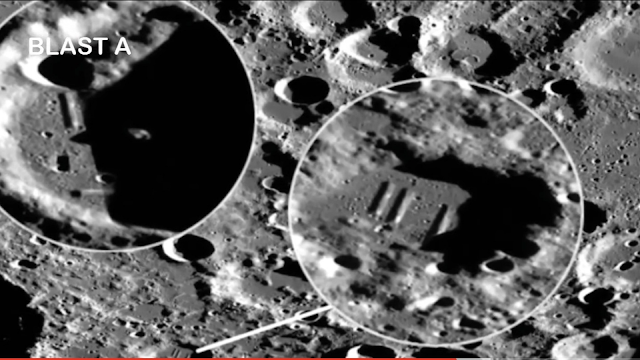 Credit: NASA HiRISE Camera aboard the MRO/Wikipedia/News Intel/Real UFO YouTube Video/The BBC/UFO Sightings Footage/UFO News/Canva.
Structures and Mars ruins:
Mars has so many convincing ruins which was actually discovered by NASA themselves. See all this, all this doesn't make any sense whatsoever to me because if this behaviour isn't the exact same equivalent of an Ostrich putting it's head in the sand, hoping that whatever the Ostrich is scared of will go away, then nothing does!
Related post
I Can Prove Alien's Are On Mars | Check This Out
Check out this quick quote by News Intel:

The images taken by the HiRISE camera aboard the MRO probe in orbit on Mars appear to indicate intelligent structures and subdivisions designed in such a way that they appear to have logical proportions of the basic dimensions. The anomalies found in Greece’s Planitia region have approximately the same length and similar rectilinear properties that extend over one kilometer. The idea that Mars was inhabited – or at least millions of years ago – has fascinated scientists and people for decades.
What do we find on Hellas Planitia? In the Martian area called Hellas Planitia, some scientists have found a number of formations that appear to be of artificial origin. From the pictures, these huge structures have regular angles reminiscent of ground buildings. These structures are partially covered by the sand of the Martian Desert and appear to be artificial constructions similar to ancient Zigurrats from ancient Mesopotamia found on Earth, exactly on the Iranian plateau and in the areas of modern Turkmenistan.

Continue reading at https://news-intel.com/mars-ancient-discoveries-alien-structures/ | News Intel
Yet, and that's a huge "and yet" NASA's main goal in life is to discover (but definitely not uncover" Alien being's in space. See NASA wants us all to start thinking along the lines of microbial Extraterrestrials and tiny *Tardigrades (found on the outside windows on the ISS) because NASA probably believes that we can only handle a microbial Extraterrestrial entity - but anything more than that and we will all go bananas! An Alien entity that can think for itself is a threat (that's what NASA must think's), because an Alien that can make a weapon or vanish into thin air when they're inside a UFO must be a threat to people on Earth, right... 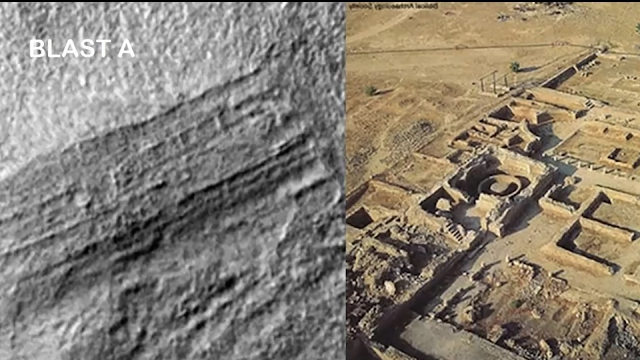 Credit: NASA HiRISE Camera aboard the MRO/Wikipedia/News Intel/Real UFO YouTube Video/The BBC/UFO Sightings Footage/UFO News/Canva.
To anyone watching these images, what's your first impression of these Alien ruins on Mars? I say Alien because these ruins and structures etc are clearly not human or any known entities come to think about it. But yet to me, these are well defined ancient outlines of where a structure once stood but over an unfathomable length of time, all we can now see is a weathered ruin with sand over it. 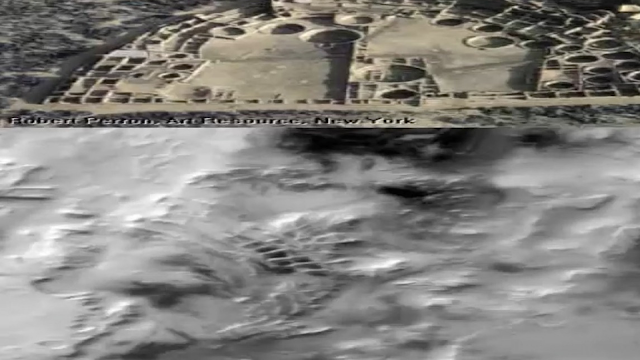 Credit: NASA HiRISE Camera aboard the MRO/Wikipedia/News Intel/Real UFO YouTube Video/The BBC/UFO Sightings Footage/UFO News/Canva.
Okay, what does NASA know that we don't or are they genuinely concerned about us? It doesn't matter between **Stephen Hawking said that we humans shouldn't be broadcasting our whereabouts to space because we don't know who or what might hear the signal and assimilate our very being! It was something like that, more along the lines of if Extraterrestrial entities do turn up we could find ourselves in trouble?
So because NASA just went ahead anyway, they ignored one of the most intelligent people who ever existed, the man who single handedly bettered Albert Einsteins most important mathematical knowledge and discoveries. NASA ignored this guy, went ahead and did what they wanted to do anyways, and you really believe that they keep the information about Extraterrestrial entities existing away from the public "for our own good" lol. NASA is a law unto themselves because it has become very clear that it's NASA's way or the highway who are extremely self serving, arrogant and selective with the information that they release.
*Tardigrades:

Tardigrades (/ˈtɑːrdɪɡreɪd/), known colloquially as water bears or moss piglets, are a phylum of eight-legged segmented micro-animals. ... Tardigrades are usually about 0.5 mm (0.020 in) long when fully grown. They are short and plump, with four pairs of legs, each ending in claws (usually four to eight) or suction disks.

His fame among researchers was founded on a series of studies that wed Albert Einstein's great theory of gravity, general relativity, with the strange world of quantum mechanics, normally applied to tiny things like atoms and molecules.
What Hawking ended up with were descriptions of black holes that could boil themselves out of existence, and equations that described the entire history of the Universe in a single sweep. 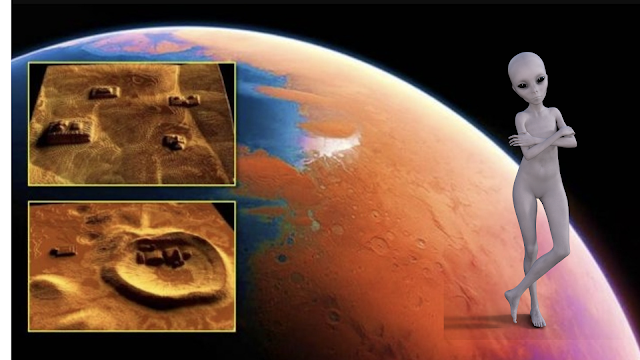